The first LIV Golf Invitational, held over three days in Northumberland, last week, was a bombastic shot across the bows for the PGA Tour, and all that sail with it.

END_OF_DOCUMENT_TOKEN_TO_BE_REPLACED

As that tournament - with a top prize of €4 million - was playing out, it was also announced that American stars, and major winners, Patrick Reed and Bryson DeChambeau would also be jumping ship. The PGA Tour responded by suspending 17 players that, upon tee-time at LIV Golf, had not resigned their memberships.

On Tuesday, speaking at a preview briefing for the 2022 US Open, Rory McIlroy once again defended the PGA Tour and set out why he believes so many golfers are scampering off to a new golf competition. On playing in storied, major golfing events, he commented:

"It means a lot, going back to history and tradition and putting your name on trophies that have the legends of the game on them. That's really cool, and that's something that money can't buy.

"Legacy, reputation, at the end of the day that's all you have. You strip everything away, and you're left with how you made people feel and what people thought of you. That is important to me."

One trophy that is associated with tradition, history and has been won by many legends of the game is The Players' Championship. It is a tournament that McIlroy won, in 2019, and one that could yet be the silver bullet for a PGA Tour than could badly do with one, right now. 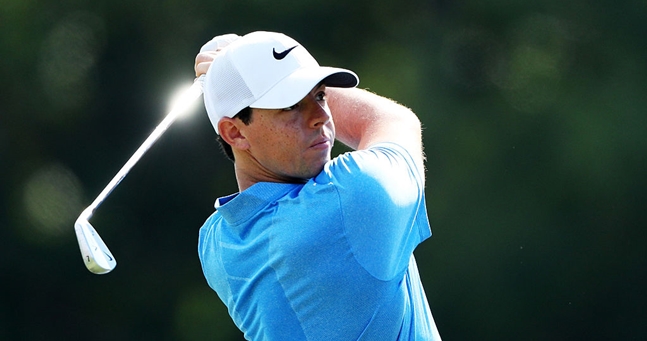 On the No Laying Up podcast, ESPN golf correspondent Kevin Van Valkenburg was asked what moves PGA Tour commissioner Jay Monahan has left to try fight back from LIV Golf and their seemingly bottomless pit of money.

Van Valkenburg, like others, would like to hear more from Tiger Woods, who reportedly rejected a huge offer from LIV Golf, on why the PGA Tour is so important. He also shared a novel idea, and one that has been strongly considered in the past.

"I'll admit, up front, this is a stupid idea - it would cause a lot uproar and controversy - but, if I was Jay Monahan, I would buy the Hall of Fame and I would declare The Players Championship a major, the next morning.

"I would say, 'You decide you want to play on the LIV Tour, that's fine. We're declaring this a major, and you won't be allowed compete for it'.

"You could grant everyone that played [and won] it before a major, give Tiger his majors. But I'd say, 'You know what, we don't control the [other] majors, but now we do have one'. Why not? ... We're doing it, and if you don't like it, fight us on it.

"It would be seen as a bold, even ridiculous, move but it would be something. It would at least give them some card to play.

"If Rory McIlroy gets to rack up majors by playing against a weakened field, at least there's another compelling reason for himself and Justin Thomas to be like, 'Yeah, I want to compete for all five majors'."

END_OF_DOCUMENT_TOKEN_TO_BE_REPLACED

At present, although the majors are seen as the crown jewels of the PGA Tour, it has no direct say on qualifying criteria for the US Open and The Open Championship.

The US PGA would likely allow LIV participants to compete in future tournaments, while the US Masters may yet side with the PGA Tour and not allow LIV golfers to compete at Augusta National.

Rickie Fowler won The Players Championship, at TPC Sawgrass, in May 2015. (Photo by Chris Condon/PGA TOUR)

Making a case for 'the fifth major'

The Players' Championship, held at Sawgrass, Florida since 1977, is often referred to as 'The fifth major' and currently offers the biggest winners' cheque [$2.7m] on the PGA Tour.

The women's LPGA Tour currently has five majors, and it has long been debated whether The Players Championship should get such a designation by golf's major tours. The Open Championship is considered as the first official 'major', with the US Open and PGA Championship following after.

The Western Open [first played in 1899] was considered a 'major' for several decades until the US Masters came to the fore in the mid 1930s. The Western Open would eventually evolve into the BMW Championship, from 2007 on.

The Western Open/BMW Championship may argue it has a better historical reason to be in a 'fifth major' conversation, but if one were to be sanctioned, The Players Championship - first played in 1974 - would have the best chance.

If it ever did become the fifth major, past winners would hope that titles would be included in the official tally. That would mean an extra three majors for Jack Nicklaus, two more for Tiger Woods and one extra for Rory McIlroy.

Interestingly, were Western Open titles considered as 'fifth majors', Tiger Woods would have three extra, Jack Nicklaus only two, like Arnold Palmer, with Water Hagen getting an additional five.