So crowed Greg Norman after 42 golfers were confirmed for the opening tournament on the Saudi-funded LIV Golf series.

The breakaway golf league, which will compete with more established tours, such as PGA, European and Asian, is putting up serious prize-funds to lure top golfers away, with $25 million to be shared out between 48 competing golfers at the LIC Golf Invitational.

END_OF_DOCUMENT_TOKEN_TO_BE_REPLACED

The tournament will take place at the Centurion Club, just outside London, from June 9 to 11 and the money going to the golfers is coming from Saudi Arabia's Public Investment Fund [PIF].

While the likes of Rory McIlroy, Jon Rahm, Brooks Koepka, Scottie Scheffler, Tiger Woods and recent US PGA champion Justin Thomas are not taking part, the 'invitational' has attract some decent golfers, even if many of them are past their prime.

Former world number one, and two-time major winner, Dustin Johnson is the highest profile name to sign on for the "compelling" event. 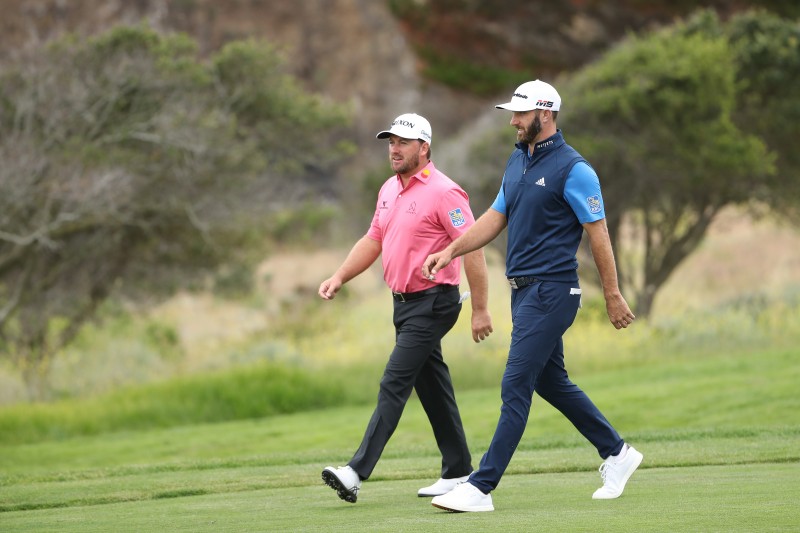 END_OF_DOCUMENT_TOKEN_TO_BE_REPLACED

Dustin Johnson, currently ranked 13th in the world, released a public statement pledging his commitment to the PGA Tour, two months ago, but has had a change of heart.

END_OF_DOCUMENT_TOKEN_TO_BE_REPLACED

"This is an opportunity to start a movement that will change the course of history by bringing new and open competition to the sport we all love," declared for major winner Greg Norman, who has acted as the public face, and spokesperson, for LIV Golf in recent months.

"The desire shown by the players to participate in LIV Golf demonstrates their emphatic belief in our model and confidence in what we're building for the future."

The PGA and Europe-based DP World Tour have both spoken out against such a breakaway competition, as have high-profile golfers like Rory McIlroy, Jon Rahm and Justin Thomas. There have been reports that any golfer that competes in a LIV Golf event may be barred from rejoining the PGA or DP tours, but that remains to be seen.

What may well happen is that golfers that opt for LIV events over the established tours may see themselves excluded from Ryder Cup and Presidents Cup showcases.

There are still six spots in that opening tournament field to be filled. Organisers may be holding off on bigger names, to get some extra publicity and push for the event, or negotiations with other golfers could be ongoing.

It remains to be seen if Phil Mickelson, who withdrew from defending his US PGA title, earlier this month, will tee up at Centurion Club, next weekend. No host broadcaster for the event has been confirmed yet, either.

"The [Saudi] regime's human rights record is an abomination - from its murder of [journalist] Jamal Khashogg,i to recent mass executions and the situation for LGBTI+ people, which continues to be dire.

"The LIV Golf Invitational Series is yet one more event in a series of sportswashing exercises that the Saudi authorities are using to clean its blood-soaked image."

The UK opener for the invitational series is the first of seven planned events - four in the United States, one in Thailand and one in Saudi Arabia - with a $25m [€23.3m] prize fund for each.


popular
"Every team did it!" - Paul O'Connell on Roy Keane comment to Ronan O'Gara that he couldn't deny
Five confirmed changes and guidelines to have big impact on 2023 Six Nations
"It's crazy to think Bundee Aki might come straight in and start against Wales"
CCCC order replay of All-Ireland club football final
Everton release brutal 59-word statement to confirm Anthony Gordon departure
Owen Farrell praises Johnny Sexton in revealing interview ahead of Six Nations
Shane Lowry confirms amicable split from caddie after four and a half year partnership
You may also like
1 month ago
GAA officially the most popular sport in Ireland again
3 months ago
Ian Poulter fires back after Rory McIlroy comments on Ryder Cup "betrayal"
3 months ago
Shane Lowry on his Tuesday duels with Rory McIlroy at The Bear's Club
4 months ago
Shane Lowry holds hands up over Saudi Arabia comments as he admits 'golf could be in trouble'
4 months ago
Cameron Smith refuses to answer disrespectful question about Rory McIlroy
4 months ago
Shane Lowry was nothing but gracious when asked about Queen Elizabeth II, after Wentworth triumph
Next Page