See you in the Major League... of golf.

Paul Dunne will be on the European Tour next season, teeing off with the likes of Rory McIlroy, Shane Lowry, Miguel Angel Jimenez (the cigar-enjoying legend) and Ian Poulter.

Dunne recorded a final round of -2 to finish at -10 for the tournament - after six gruelling rounds - and tied for 13th. That was more than enough for 22-year-old as he finished well inside the top 20.

END_OF_DOCUMENT_TOKEN_TO_BE_REPLACED

Earlier this year, Dunne's final events as an amateur were The Open, which he led going into the last day, and a successful Walker Cup campaign with the Great Britain & Ireland team.

He then excelled at the Dunhill Links Championship and got a taste for another couple of pro outings before focusing on Q School. 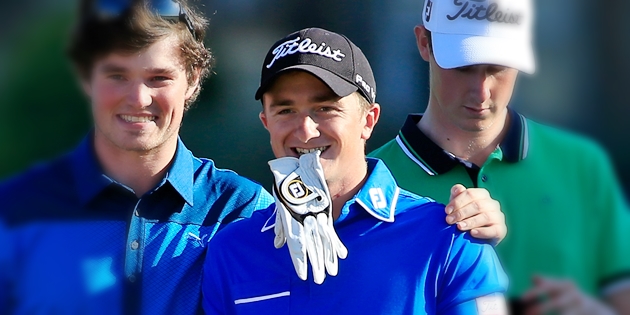 Meanwhile, Rory McIlroy is two shots off the lead after the first round of the DP World Tour Championship in Dubai.

The Northern Irishman, who is leading the Race to Dubai rankings, posted a battling score of -4 but needed this excellent bunker shot on 18 to finish on a high.


popular
QUIZ: How many of the 10 most successful football counties can you name without making a mistake?
Conor McGregor and Floyd Mayweather 'in talks' about a rematch
Éamonn Fitzmaurice explains Aidan O'Shea's best position and how it can be used against Kerry
Matt Le Tissier says he asked Sky Sports why they never sacked Jamie Carragher
Patrick Vieira claims he was 'much better' than Roy Keane in new interview
Steve McClaren issues warning to Man United players
Two All-Ireland quarter-finals to be streamed exclusively live on NOW
You may also like
6 days ago
Final answer of Rory McIlroy press conference sets us up for thrilling US Open weekend
1 week ago
Rory McIlroy shows uncharacteristic flash of anger before sinking huge putts
1 week ago
Novel suggestion to save PGA Tour would give Rory McIlroy his fifth major
1 week ago
Rory McIlroy takes a brutal dig at LIV Golf ahead of US Open
1 week ago
"It was massive" - Rory McIlroy on shot that helped win Canadian Open
1 week ago
Rory McIlroy could not resist Greg Norman reminder after Canadian Open victory
Next Page