Paul Dunne, Ireland's next great golfing hope, deserves to be our SPOTY

When Paul Dunne held off a late charge from Rory McIlroy to clinch his maiden European Tour win at the British Masters this year, it was confirmation of his trajectory in the world of golf.

Dunne's victory, delivered with a stunning final round 61, was anything but out of the blue. The 25-year-old Greystones man has long been touted as one of Irish golf's great hopes and, at Close House just outside Newcastle, he conquered one of the toughest objectives for any prospect: getting that first win.

END_OF_DOCUMENT_TOKEN_TO_BE_REPLACED

Dunne has been on the radar for a few years now. He first shot to prominence during the 2015 Open Championship, when he became the first amateur since 1927 to lead going into the final. Capturing the Claret Jug at such a formative stage of his career proved too much, but his performance that week at St Andrews was enough to catapult him into the wider golfing consciousness. 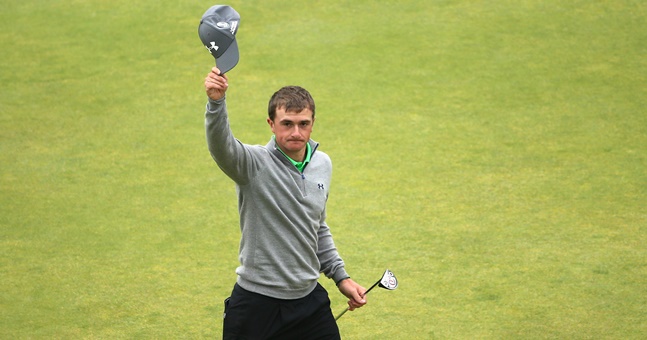 He didn't walk away that week a major champion, what he did have was a platform from which he could build as he aimed to follow compatriots like Padraig Harrington, Shane Lowry and Paul McGinley into the professional game.

But he went about his business sensibly. Two months later, Dunne was part of a five-strong Irish stable in the Great Britain and Ireland Walker Cup team (along with Gavin Moynihan, Cormac Sharvin, Gary Hurley and Jack Hume) competing at Royal Lytham.

Nigel Edwards' GB&I side proved too strong for the United States, comfortably beating them 16.5-9.5. Dunne holed the winning putt, too, sinking a five-footer to halve the match against Maverick McNealy and close out the biennial contest in comprehensive fashion.

Just a week later, Dunne turned professional. It hasn't been plain sailing. Then again, it hardly ever is for newly-turned pros tested to the limit by a significantly higher standard of play. Dunne went through the dreaded Q-school at the end of the 2015 season. Earning his full playing privileges for the following year was exciting, for sure, but the 2016 season proved to be frustrating, with a slew of missed cuts meaning he barely kept his card after finishing 106th in the Race to Dubai standings.

But 2017 has proved to be his making. It may not have garnered as much acclaim as Dublin's All-Ireland triumph, but Dunne's victory at the British Masters has to be considered one of the greatest feats by an Irish sportsperson in recent times. Chasing his first victory, Dunne was nerveless in the final round, keeping a surging McIlroy at arm's length to win the tournament by three strokes. 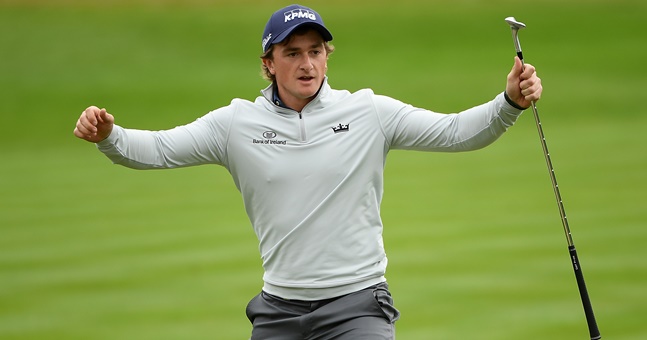 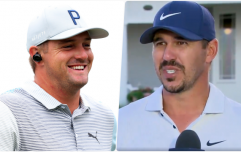 END_OF_DOCUMENT_TOKEN_TO_BE_REPLACED

Having been denied his first victory as recently as April, when he lost in a sudden-death play-off to Italy's Edoardo Molinari, the emphatic nature of Dunne's victory at Close House spoke volumes of his mental toughness. With a four-time major winner in McIlroy chasing him down the stretch, Dunne refused to buckle. Whereas some would understandably wilt when looking at the leaderboards to see McIlroy rattling in birdie after birdie, Dunne responded defiantly, continuing to hole putts and save himself the heartache of another close call.

When Dunne chipped in from the edge of the 18th green to clinch the title, McIlroy could be seen applauding. There was no two ways about it: the better man won.

The win made Dunne €562,500 richer but of greater importance was what it did to his standing in the world of golf. Climbing into the world's top 100, Dunne has now given himself a great chance of building on his breakthrough in 2018, while he is expected to push for a place in the Ryder Cup team. 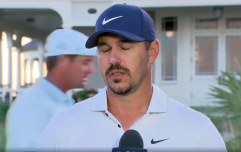 END_OF_DOCUMENT_TOKEN_TO_BE_REPLACED

Ranked 76th at the time of writing, Dunne will earn himself a debut appearance at The Masters if he can break into the top-50 by the end of March. Considering his recent form, it's more than do-able for the 25-year-old.

Now that he is a European Tour winner, Dunne will have bolstered expectations for the 2018 season. But with that, there is also greater promise. Dunne has proven he can go toe-to-toe with the best in the business. The challenge now is to build on his remarkable natural talent and produce British Masters winning-level golf on a consistent basis.

But, considering what he achieved in 2017, he definitely deserves to be in with a shout of SportsJOE's Sports Personality of the Year. He probably won't win, but it's a ringing endorsement of his rising stock that he was even considered.


popular
Paul O'Donovan busts the cliches and leaves the mystery behind him in one more emphatic interview
Ireland's rowing heroes on what everyone was shouting as they beat Team GB to bronze
Next time someone doesn't cut you slack for commuting to training, show them Joe Canning's words
Aidan O'Shea on gym work, training over lockdown and the importance of younger players bulking up
Warren Gatland with great response after being asked if he'll set up Twitter account
People are shocked after finding out how much an Olympic gold medal is actually worth
Donegal's Brendan Devenney responds to Jim McGuinness' claims about the game being "soft"
You may also like
2 months ago
What Lowry and Harrington's super Sunday means in prize money, ranking and Ryder Cup points
2 months ago
Every golfer out there could do with hearing and heeding the advice Phil's caddie gave him on 6
2 months ago
Phil Mickelson makes golfing history as Irish boys make late run
2 months ago
Rory McIlroy on why he nearly pulled out of Quail Hollow, on Wednesday
3 months ago
"It's pretty shit for me, to be honest" - Shane Lowry on Irish quarantine uncertainty
3 months ago
Rory McIlroy hits father with wayward shot, on way to opening 76
Next Page