Patrick Reed was tipping along nicely, on Friday, as he reached the turn for his second round of the US Open at -1.

The 2018 Masters champion was level par after his first round but took advantage of some benign conditions to card a couple of birdies after a bogey on the third hole.

END_OF_DOCUMENT_TOKEN_TO_BE_REPLACED

Five holes later, though, and we were left with this image of Kessler Karain, caddie of Reed, carrying the Aerican's snapped wedge as he replaced a flag at the 18th. 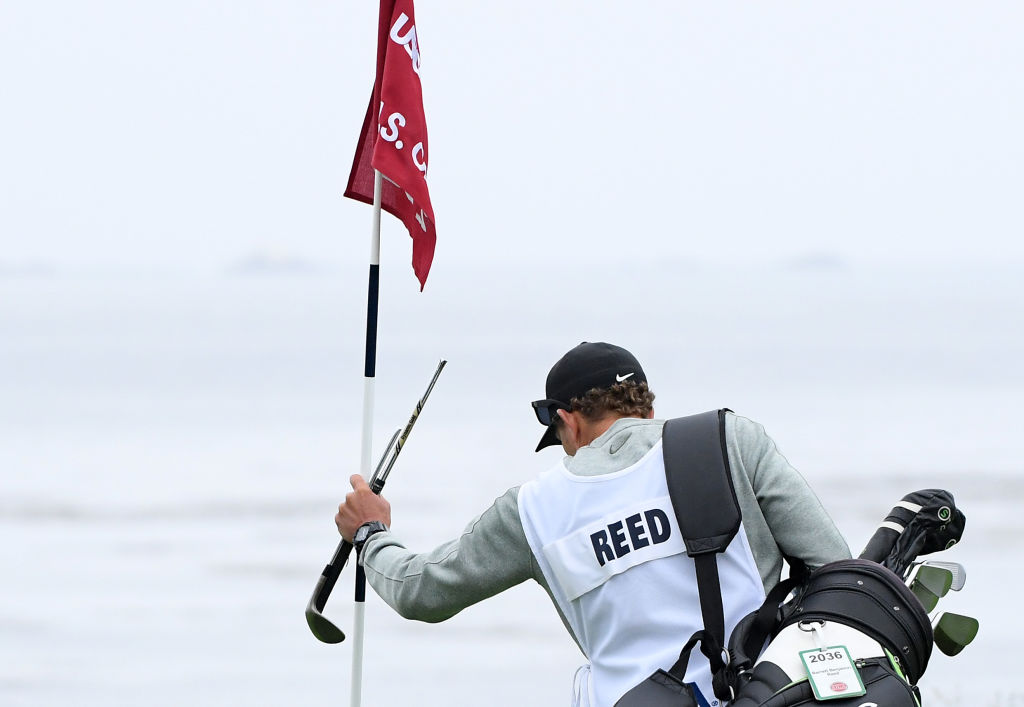 Patrick Reed bogeyed the par-five 14th - the same hole that Rory McIlroy double-bogeyed - but he was still in decent nick heading to the last.

18 may have some thick rough, and bunkers, to contend with but many golfers carded birdies there during round two, including leader Gary Woodland (-9).

Reed found the rough off the tee and his second shot still left him over 100 yards short of the green. His third shot caught the rough again and his fourth - for par - was a flubbed flop.

Reed snapped, and so did his wedge.

Here it is, in all its' slow-motion glory:

Patrick Reed snaps his club over his leg on No. 18... 😳 pic.twitter.com/BnOWolZjTC 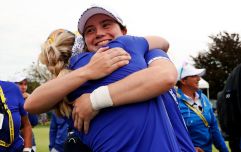 END_OF_DOCUMENT_TOKEN_TO_BE_REPLACED

Karain was quickly on hand to hand Reed a replacement club.

Reed found the green with his next chip but was then left with a two-foot putt for double bogey. From -1 with five to play, Reed closed out his second round at +2.

His only consolation, as all the other rounds finished, was that he was still in the top 60 (tied 56th with Shane Lowry and a few others) and had made the cut.


popular
"Johnno went, 'We’re not moving! You're trying to mess us about!'" - Ben Kay recalls red carpet controversy
"Some of the generals wanted me executed" - Irish rugby legend on flag caper that went wrong
Garry Ringrose challenges "pretty ridiculous" changing conditions for women's players
Peter Keane's future as Kerry manager in doubt after strange statement
No Simon Zebo or John Cooney as Ireland gather 50 players for one-day camp
Tommy Fury spotted having the time of his life at student night out
It won't mean much but Pat Spillane's compliment to Mayo and to Lee Keegan says it all
You may also like
1 week ago
"A star is born!" - Americans gush as Leona Maguire beats their best
1 week ago
"It's such an honour to play with her" - English star blown away by Leona Maguire
2 weeks ago
Cantlay gives his take on being scolded by Bryson DeChambeau at BMW epic
2 months ago
Rory McIlroy's reaction to 14th tee shot slip captured his Open troubles
3 months ago
Bryson fires back at Brooks Koepka with response he can't deny
3 months ago
A knife wouldn't cut the tension as Bryson's comment drives Koepka mad
Next Page