"How the hell did you do that?"

When that question - put to Padraig Harrington recently - comes from five-time Open champion Tom Watson, you know we are talking about something special.

With the 2020 Open Championship scrubbed from the golfing calendar, due to the Covid-19 pandemic, R&A officials struck upon the novel idea of putting all the greats of the game into the mix at 'The Open for The Ages' at St Andrew's.

Using footage over the past six decades, and with fans encouraged to vote on their favourite players, they surmised what who would take The Claret Jug if legends new and old took on the old course. In the end, Jack Nicklaus edged out Tiger Woods by a stroke, with Seve Ballesteros one further back and Watson tied with Nick Faldo in fourth.

When it came to Irish interest - albeit for a completely "reimagined" event - Rory McIlroy was sixth and Harrington finished in a tie for 14th. Nicklaus, who twice won The Open at St Andrew's, joked that he was very flattered to win his 19th major.

Ahead of that all-star broadcast, Watson and Harrington spoke with Iain Carter of the BBC and Chris Solomon of  the 'No Laying Up' podcast about Nicklaus, Woods and their experiences of winning The Open. At one point, Watson wanted to get the inside take on Harrington's famous 5-wood approach on the 17th hole at Royal Birkdale.

Harrington had won at Carnoustie in 2007 to claim his first major title. He was defending the Claret Jug at Royal Birkdale but found himself five shots off the pace after the first round. A second round of 68 saw him move into a tie for fourth and it was tied second heading into the final round. Australian Greg Norman led on +2 with Harrington two further back. 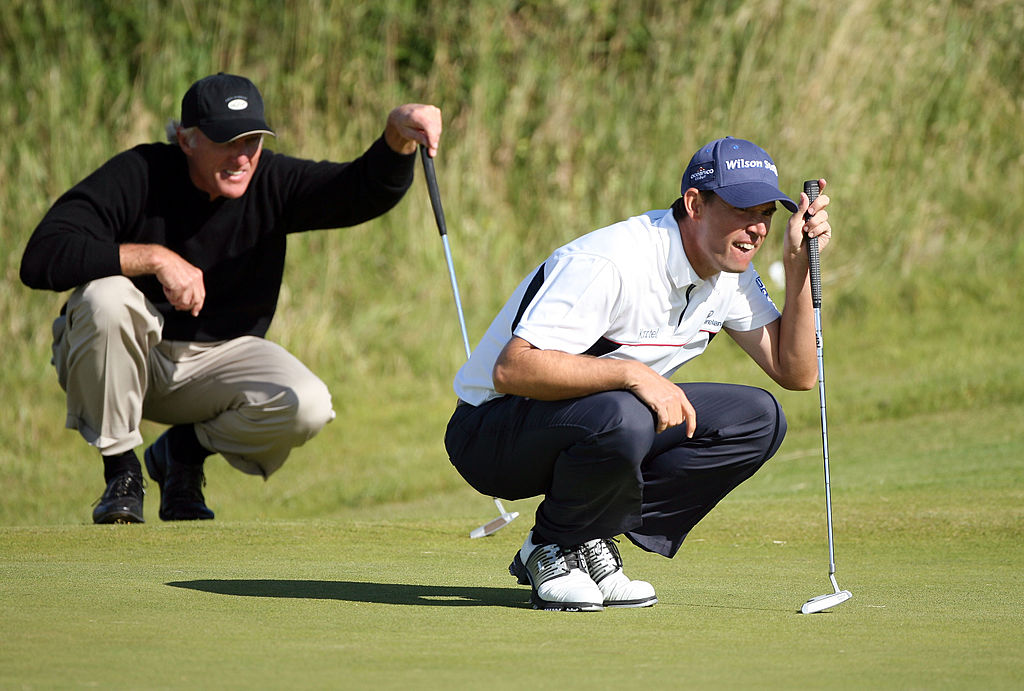 Greg Norman and Padraig Harrington line up putts on the 14th green during the final round of the 137th Open Championship at Royal Birkdale Golf Club,in 2018. (Photo by Andy Lyons/Getty Images)
Advertisement

'The Great White' bogeyed his first three holes and Harrington hit the front, only to hand back the initiative to Norman and English amateur Chris Wood at the turn. Norman and Wood began to falter, coming in, and two birdies saw Harrington (on +5) lead Ian Poulter by two strokes with two holes to play. 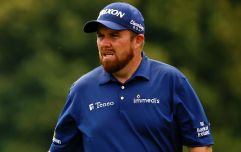 END_OF_DOCUMENT_TOKEN_TO_BE_REPLACED

After a decent drive on the par-five 17th, there were 272 yards were remaining to the hole. Harrington would have to use a fade to take his approach out left before running it up the apron of the 17th green.

"Perhaps he doesn't know where he is," commented Ken Brown of the BBC. "He's two ahead. Does he need this risk?" Wayne O'Grady agreed but Peter Alliss backed the Dubliner for taking on the shot. The 5-wood came off to perfection and gave Harrington a five-foot putt for eagle, which he duly rolled in.

Looking back on that tournament-clinching shot, 12 years on, Harrington told Watson:

"You know, it's a Bob Torrance quote - 'It's easy to hit a great shot when you're feeling good. It's difficult to hit a good shot when you're feeling bad'. So, I was feeling great at that stage. I was right on top and that was my favourite club in the bag. I'd hit a three-wood onto 15, I'd hit five-wood a couple of times. I loved the club, I loved the shot and I knew that if I hit a good shot, it took everything out of the equation.

"It was my chance to win right there, whereas if I kicked the can down the road and laid up, which I could have done... I was distinctly afraid of Greg Norman, because I had bought into this story that this was the last hurrah for Greg. The media were all on it and it would have been the sentimental win. I think Greg was about [three] shots behind me but he'd been more aggressive and had hit driver off the tee.

"I just really felt he was going to make an eagle and I said, 'Look, if I hit my shot, that's it'. Nobody else could do anything if I hit my shot. If I laid up it was difficult to get it on the back tier [of the green] with a pitch. It wasn't that simple a shot. But the fact is, I took a shot on when I was feeling good."

Norman ended up making par and Harrington's eagle meant he was four shots clear (on +3) going up the 18th, affording him 'the greatest luxury in golf' of going up the last knowing that you are going to win a major tournament.

Back in June, Ronan Flood, who was Harrington's caddy for that major win, gave his perspective on 'The 5-wood that won The Open':

Harrington would go on to win the US PGA at Oakland Hills Golf Course in Detroit just three weeks after Royal Birkdale to claim his third major in a remarkable 13-month stretch.

The full chat between Carter, Solomon, Watson and Harrington is definitely worth a listen.


popular
Six minutes was all Alan Connolly needed to score two goals and set up another
'Jesus Christ! How am I going to put up with this lad for nine weeks?!'
Sensational scenes in Belfast as Antrim edge out Clare in a thriller
"Of the 37, Bundee Aki would be my 37th most expected selection and my worst rated"
Gatland comments give insight as to why CJ Stander missed Lions call
Peter Queally vaults into Bellator title picture with stunning win over Pitbull
'Johnny Sexton completely outplayed Farrell and Russell in the Six Nations'
You may also like
1 month ago
Rory McIlroy hits father with wayward shot, on way to opening 76
1 month ago
How a trip to Tiger Woods' trophy room taught Rory McIlroy what's what
1 month ago
EA announce the return of PGA Tour series
2 months ago
"I need a spark, I need something and I just don't seem to have it" - Rory McIlroy
2 months ago
Bryson DeChambeau on text Tiger Woods sent before Arnold Palmer victory
2 months ago
Tiger Woods "responsive" after surgery on car crash injuries
Next Page