As Rory McIlroy missed the cut, Ireland got to witness his playing partner produce sheer class.

Anyone that has been following golf in 2017 will know the name of Jon Rahm and now Ireland does too. 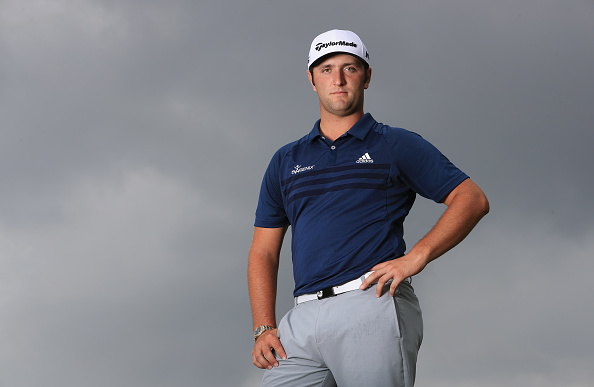 END_OF_DOCUMENT_TOKEN_TO_BE_REPLACED

Although that pose is horrendous and he looks significantly older, Jon Rahm is only 22-years-old.

Rahm turned professional a year ago and has since skyrocketed in the world rankings. After an impressive tied 23rd at the U.S. Open in June 2016 as an amateur, he now sits 11th in the world.

There's been a lot of hype around the Spaniard and he has delivered,  Rahm has eight top 10's this season which is tied most alongside Justin Thomas.

As the tournaments come thick and fast, Rahm keeps ticking the right boxes and in some ways, this week's Irish Open represented the biggest challenge to date for the prodigy.

END_OF_DOCUMENT_TOKEN_TO_BE_REPLACED

Playing on a links course, tournament organisers decided to throw the events' three biggest stars together.

As McIlroy faltered, Matsuyama and Rahm stayed ever present in the leaderboard and the latter doing so exceptionally.

Daniel Im and Benjamin Hebert sit atop of the leaderboard at -13 but a certain Jon Rahm is only a stroke behind heading into Saturday and is the undoubted favourite to win the tournament.

END_OF_DOCUMENT_TOKEN_TO_BE_REPLACED

A five under par on Friday impressively followed his seven under par a day prior.

The Spaniard is managed by Tim Mickelson, brother of Phil, and Mickelson left his coaching job at Arizona State University to manage Rahm full time because he was so impressed with his talents.

As per Adam Schupack of New York Times, when Rahm went for club fitting with Taylormade back as an amateur their vice president for tour operations Keith Sbarbaro knew he had a winner on his hands.

“I just met the sixth-best player in the world, and he’s still an amateur,” Sbarbaro said at the time.

And then went on to semi-retract his statement,

“I may have sold Jon short when I said he was the sixth-best player in the world.”

Just like everywhere that has gone before him, Jon Rahm is in the process of making the Irish Open look like a walk in the park.

With two days left he may well underperform, there is a lot of golf to play but for the first two days, at least, Irish fans were able to witness a star in the marquee group even if it wasn't Rory McIlroy.