Seven iconic golf shots that everyone wishes they could play

Brought to you by mygolfpro.ie

It's Winter - it's cold, wet and miserable.

For a lot of golf players, the clubs have been forgotten about and will likely be hidden away in the shed for the next couple of months. 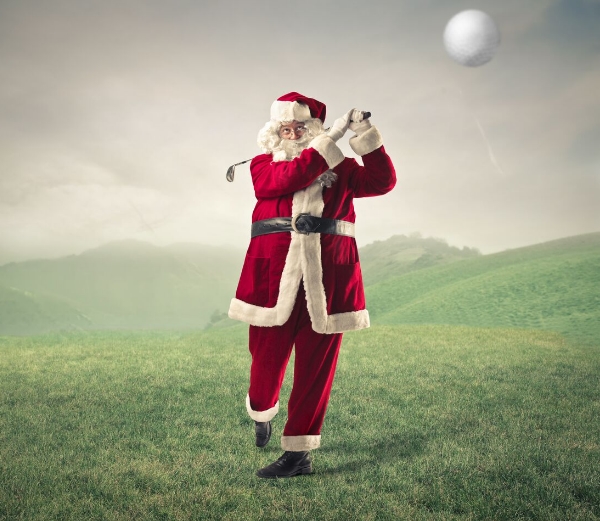 Most players won't be making a return to the greens until at least April or May.

If you want to give the golfer in your life the best opportunity to improve their game in time for next summer, then a gift voucher from mygolfpro.ie is the perfect Christmas present. 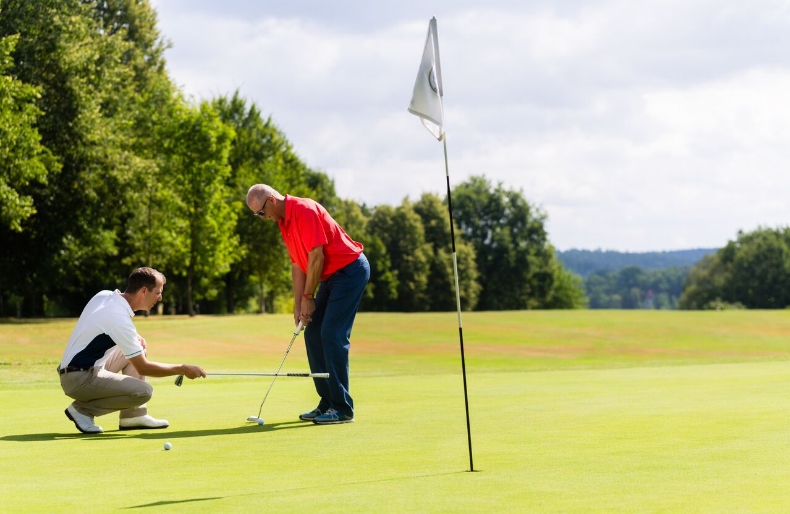 Your friend will soon be hitting shots like Rory McIlroy and perhaps more importantly, will stop whinging and moaning about their latest terrible round of golf!

Check out some of our most favourite iconic golf shots below and the golfer in your life will be hitting shots like these in no time.

END_OF_DOCUMENT_TOKEN_TO_BE_REPLACED

During the 2014 Honda Classic, four players were in contention for the tournament, including our own Rory McIlroy. Under huge pressure to make at least a birdie or perhaps an eagle on the Par-5 18th, McIlroy decided to hit a risky fairway wood for his second shot.

With a huge amount of water and bunkers surrounding the green, this was a dangerous shot to say the least. He nailed it and put himself within an excellent chance for a birdie. Check it out below.

Arguably one of the most famous shots in the history of golf, this just reminds us why Tiger Woods is one of the greatest players of all time.

During the final round of the US Masters at Augusta in 2005, Woods and playing partner Chris DiMarco were both tied on -15. DiMarco was set-up perfectly in the centre of the green but Woods found himself a large distance away on the green's edge.

What happened next is now the stuff of legend.

Woods chipped 20 feet to the left of the pin, only for the ball to make it's way towards the hole before dramatically dropping in. 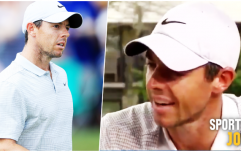 END_OF_DOCUMENT_TOKEN_TO_BE_REPLACED

Woods went on to beat DiMarco in a playoff to secure the green jacket.

At the 2015 Honda Classic in Florida, Padraig Harrington won his first PGA Tour since 2008.

He did this in the most dramatic of fashions in a playoff against then rookie, Daniel Berger.

Harrington stood on the 17th tee, knowing that just 45 minutes previously on the same hole, he had hit his tee shot into the water.

Talk about performing under pressure. This excellent tee shot left him with a two-putt to win the title. 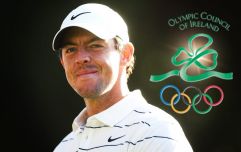 END_OF_DOCUMENT_TOKEN_TO_BE_REPLACED

Phil Mickelson - Pine-straw shot at the 2010 US Masters

What is it with 'Big Phil' and the US Masters? The five time major winner seems to always bring his best at Augusta.

It takes bravery and determination to win the Green Jacket. Mickelson showed this in abundance here on the infamously unforgiving Augusta course.

Mickelson's ball lay amongst some heavy pine-straw. Not only this but there were three trees in front of him.

Most players would have chipped this out onto the fairway and taken their medicine.

But most players haven't won three US Masters titles. Check out this incredible bit of play below.

It's hard not to have Tiger feature more than once in this list.

He was left with no sight of the green and most players would've accepted their fate and laid themselves up on the fairway in an attempt to salvage par.

However, Woods attempted an audacious draw, one which he hit onto the green and subsequently made birdie.

Sergio Garcia brought a whole new meaning to the 'play the ball where it lies'.

He, hilariously, hit a shot which ended up in a tree and, rather than take a drop, the Spaniard decided to climb the tree and hit the shot...one handed and backwards.

Vijay Singh - Practice Round at 2009 US Masters

Practice rounds at majors can always offer up some excellent entertainment for fans.

At the 2009 US Masters in Augusta, Vijay Singh completed a shot we all dream of playing but would never have the courage to do.

Frankly, when we see a water hazard, we try to avoid it.

Here he excellently hit the ball across the surface of the water and onto the green - brilliant.

*mygolfpro.ie is Ireland’s first company offering hassle-free gift vouchers available to buy online. For players of all levels, mygolfpro.ie gift vouchers can be used to purchase one-to-one golf lessons with over 50 of the best PGA Golf Pro’s at some of the best golf clubs nationwide. Gift vouchers can also be used to purchase some nice new golf gear in the participating Pro’s Club Shop. With a gift voucher from mygolfpro.ie, they will have their game sorted in no time and can get back to dreaming about one day making it on the Ryder Cup team! ONLY PGA Pro’s are part of the mygolfpro.ie network, so the golfer in your life is guaranteed the best golf lesson experience out there.


popular
The SportsJOE 12 o'clock quiz | Day 16
No fear of McCarthy losing a lifetime of fitness
You'll have to be an old-school fan to get 20/20 in this 1990s footballers quiz
Only a devoted diehard would ever get full marks in our Liverpool quiz
"Am I going to be safe? Am I going to come home healthy?" - Munster doctor joins Covid fight
Ireland set for dramatically new look as Stephen Kenny takes charge
The SportsJOE 12 o'clock quiz | Day 14
You may also like
5 months ago
"We're good friends" - McIlroy plays down Koepka row
5 months ago
Brian O'Driscoll mistaken for Mike Tindall after draining monster birdie putt
5 months ago
Brooks Koepka walks all over Rory McIlroy's record with brutal comments
7 months ago
Rory McIlroy leaves Brooks Koepka in his dust to win $15m FedEx Cup
8 months ago
Brooks Koepka brushes Rory McIlroy aside in WGC showdown and bags $3.75m
8 months ago
Shane Lowry: After six holes all I could think of was winning
Next Page