"There definitely was tough times, I'd be lying if I said there wasn't."

The Tyrone forward was vital to the Red Hand's success this year, particularly in the All-Ireland semi and final, where he scored a goal in each games respectively.

END_OF_DOCUMENT_TOKEN_TO_BE_REPLACED

Due to injuries however, McShane had to miss the entire league campaign, meaning that he had to find his form and fitness right in the thick of the championship.

This meant that he had to adjust his role to be more of an impact sub, coming off the bench in key moments to try and finish the game strong for his county, and grab scores when they are needed most.

The Owen Roes club man executed this roe perfectly, but during the height of the COVID-19 pandemic, and the cold nights of winter, McShane wondered if he would even be fit to play football this year. 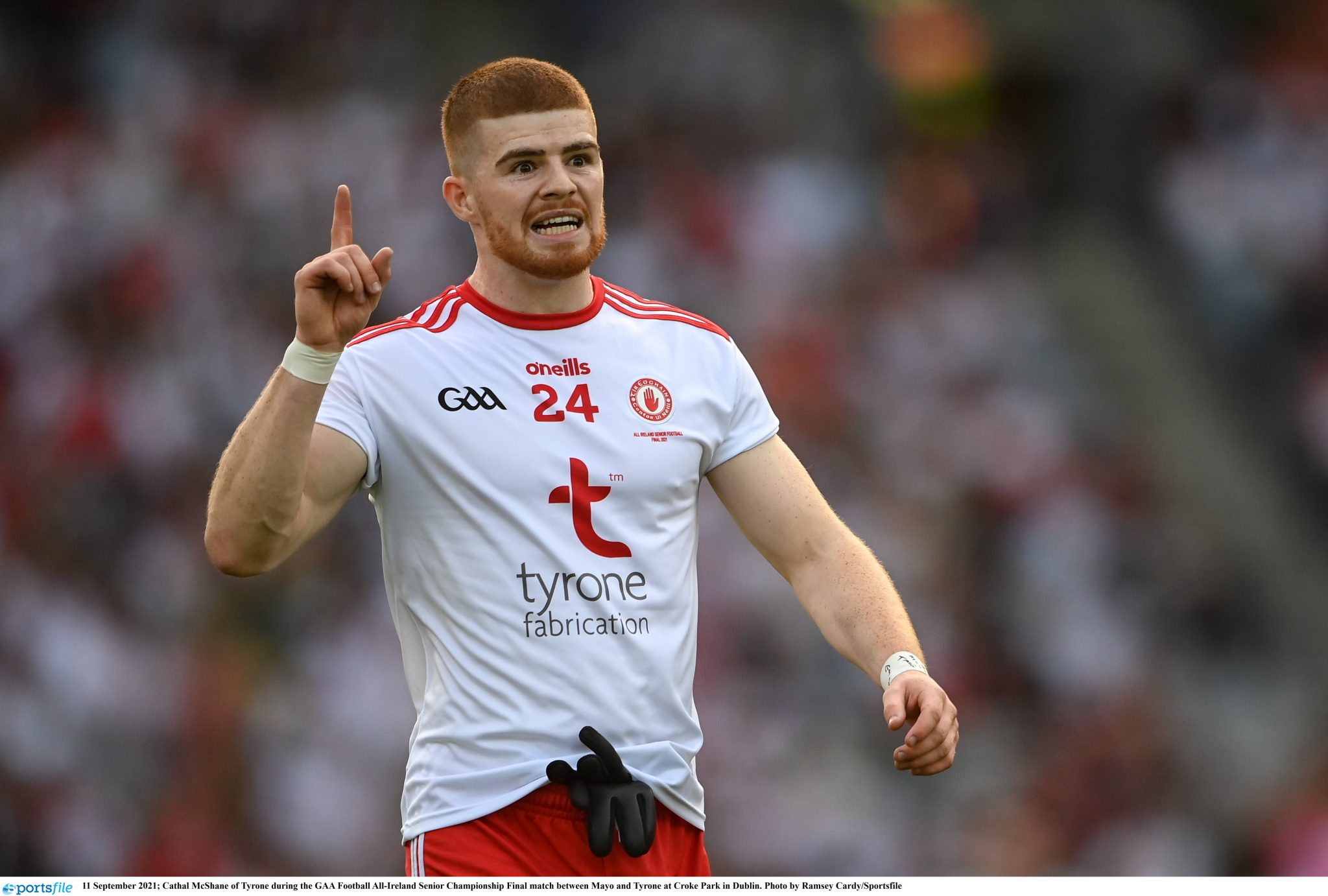 "There definitely was tough times, I'd be lying if I said there wasn't. There was many dark days over lockdown being in the gym yourself doing rehab, it mightn't have been going well that particular day," McShane said.

"The next thing then is you start questioning 'Am I ever going to get back?' so it's not a nice place to be. But I'd good support around me, my friends and family and my girlfriend Kaitlynn, she was there as well and helped me in many different ways.

END_OF_DOCUMENT_TOKEN_TO_BE_REPLACED

"You're just always trying to be positive and I did visualise myself getting back and being in Croke Park and scoring and doing good things for the team and I was happy then that that did become a factor, it did happen and we got the win.

"Definitely dark and frustrating days, but you just have to keep going and keep persevering, never give up and I'm proud to say that I did that. I definitely did just visualise myself getting back, getting fit and doing good things." 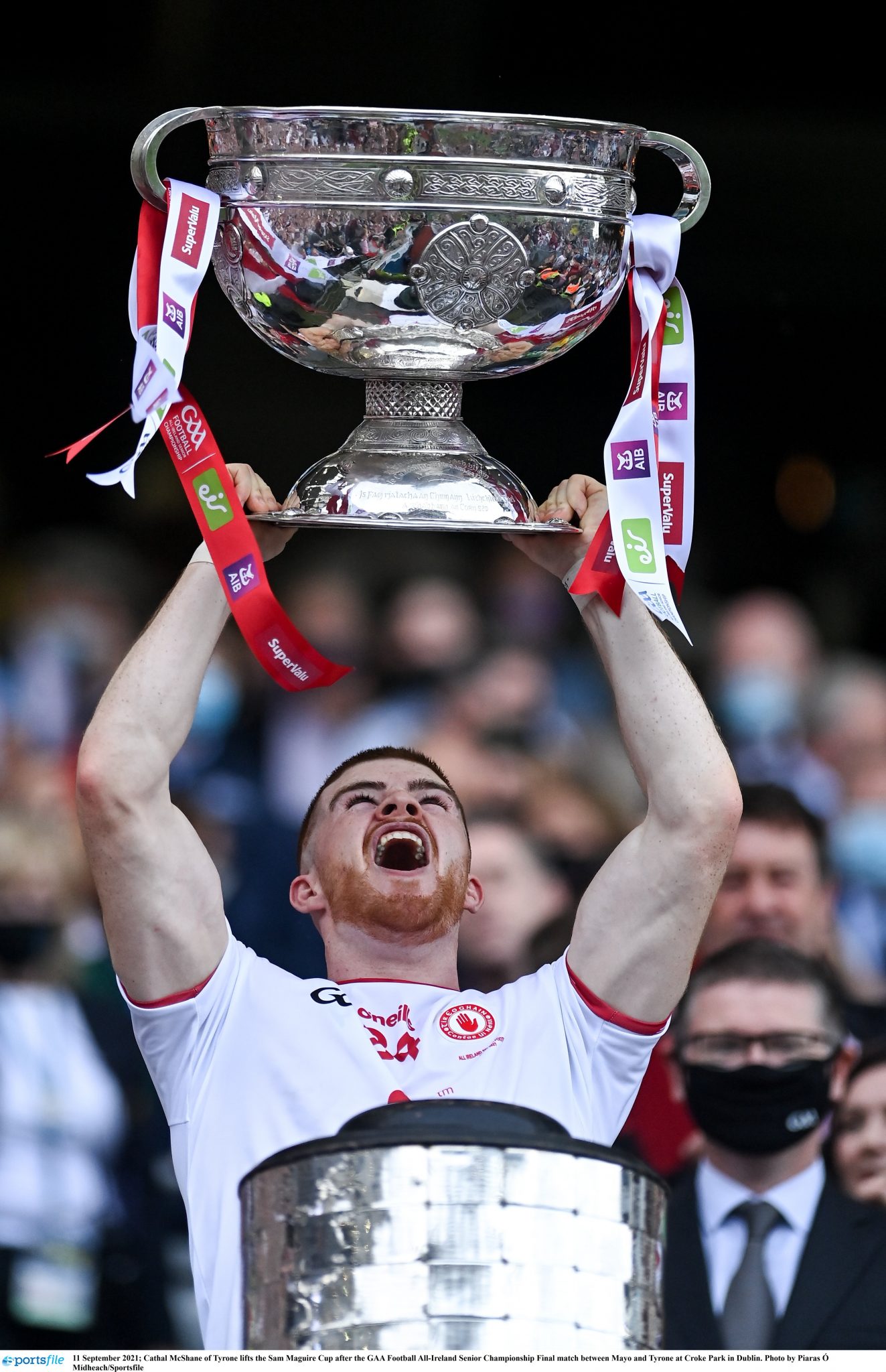 END_OF_DOCUMENT_TOKEN_TO_BE_REPLACED

After an incredible run in 2019 which saw the full forward secure himself an All-Star, McShane was receiving several lucrative offers to play in the prestige AFL league, in Australia.

It looked for certain at one point that Tyrone would have to be without their talisman, but the sharp shooter opted to stay at home, and continue his pursuit for an All-Ireland title.

"I wouldn't like to describe how I'd feel if I was in Australia when we won the All-Ireland, it would have been a disaster. People have asked me the question 'Why did you stay at home? Why did you not go?'" he said.

"And quite simply that's the answer. My dream was always to win a Sam Maguire with Tyrone and that’s what we have done, we have achieved it. I came to the right decision, it feels like a success.

"The dream was to win Sam and we’ve managed to do that with Tyrone and we’re delighted."


popular
Owen Farrell praises Johnny Sexton in revealing interview ahead of Six Nations
Shane Lowry confirms amicable split from caddie after four and a half year partnership
"I think Tyrone are going to go down this year" - O'Sullivan unimpressed by 2021 All-Ireland champs
Ireland set for 82,000-seat World Cup opener as Arsenal reject huge Katie McCabe bid
British publication urges Gareth Southgate to claim Evan Ferguson for England
Two Ireland stars included in Premier League's 'young English XI'
January transfer window 2023: Follow the latest updates live in our hub
You may also like
5 days ago
Lidl launches One Good Club in support of youth mental health
2 weeks ago
O'Byrne Cup reduced to farce as Offaly withdraw from competition
2 weeks ago
Rory Gallagher expects Glen players to be back for Derry the week after club All-Ireland final
3 weeks ago
"That fecker, again?!" - A Dubliner's perspective of going up against Lee Keegan
3 weeks ago
The top five GAA players who never won the All-Ireland
3 weeks ago
Dessie Farrell reveals why Paul Mannion and Jack McCaffrey returned to Dublin
Next Page