"After training there’s tea and sandwiches, and that rotates around every family in the parish"

He had no other option.

See, he's a full-time farmer and January, February and March are a farmer's armageddon with ewes lambing and cows calving. It's all hands to the pump and the farm wouldn't survive without him.

“During the league is very hard because I’m a full-time farmer and that was our calving season,” he said at an AIB event recently.

"One night, we were training up in Dublin and that’s like a five or six hour round trip for me. That’s a lot of time away and especially in the calving season. 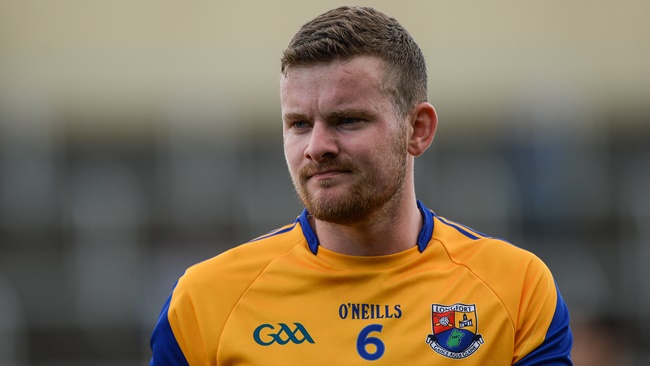 "That particular night, there was a dead animal because there was no one on the farm. So that really pushed me to take a break for a while until the calving season calmed down."

A couple of months ago, Mullinalaghta, a parish of only 350 people beat Kilmacud Crokes to win the Leinster club final and now they're preparing for an All-Ireland semi-final against Dr. Crokes.

"We’re a fairly tight-knit community," says McGivney "The families in the parish have been great. After every training there’s tea and sandwiches, and that rotates around every family in the parish. That’s how united it is. It’s fairly unique in that way," he adds.

"Football is the only thing keeping the community together. If there wasn’t football, there’d be a lot of lads moving I’d say."

And the club story gets even more authentic.

"I’ve a brother, David midfield. There’s the two Rogers, the goalie and the half-forward. There’s two Mulligans, they’re on the half-back line. There’s five McElligots. Two of them are starting. There’s two Foxes, the full-back and the full-forward."

“It would it be very easy for them lads just to go and play where they’re living but, no, they just have such a commitment to Mullinalaghta...”@ConanDoherty speaks to Mickey Graham, managing the inspirational @OfficialLDGAA champions
https://t.co/qrNLsgqf7q @paddypower

Prior to 2016, St Columba's hadn't won a Longford senior title in 66 years. Since 2016, they've won three-in-a-row. The common denominator, Mickey Graham's arrival to the club.

I remember the very first meeting Mickey Graham had with us three years ago, he said these opportunities come in cycles of years. He had one with Cavan Gaels and he said, “you’re opportunity is coming now, and it’s up to you to take it”. We all bought into the cause that night and we worked really hard. Most trainings we came off the field, tight able to breath, tight sleep at night, you’d be that tired rolling and twisting in aches and pains," he added. 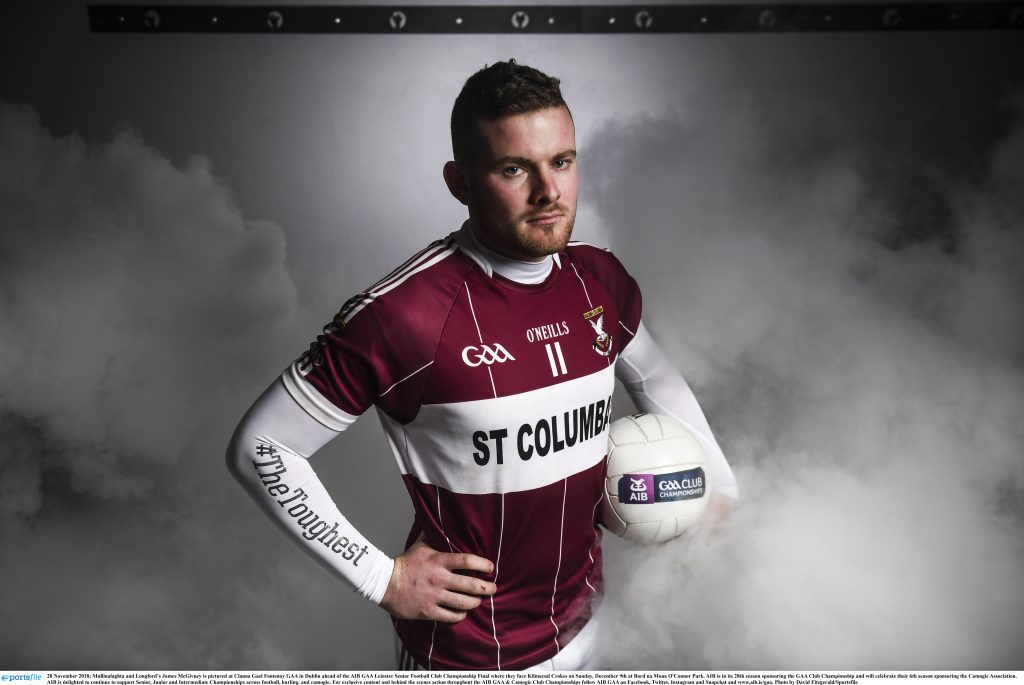 Mullinalaghta and Longford's James McGivney is pictured at Clanna Gael Fontenoy GAA in Dublin ahead of the AIB GAA Leinster Senior Football Club Championship Final where they face Kilmacud Crokes on Sunday, December 9th at Bord na Mona O'Connor Park. AIB is in its 28th season sponsoring the GAA Club Championship and will celebrate their 6th season sponsoring the Camogie Association.


popular
Matt Williams wants two changes and Peter O'Mahony benched for Ireland vs. France
"Remember that name" - Sonny Bill Williams raves about Ireland U20 star after outrageous try assist
Peter O'Mahony reaction to Liam Williams scuffle shows he may finally be mellowing
Ireland vs Wales: All the big talking points, moments and player ratings
Two changes as familiar faces return to our Ireland team to face France
Man United ponder appeal as new footage of Casemiro red card incident emerges
The two reasons why Aidan O'Shea's performance against Armagh was his best in ages
You may also like
2 weeks ago
QUIZ: How many of the 33 county SFC champions for 2022 can you name?
3 weeks ago
"You need to be able to hurl your way out of trouble" - Composure the key to Dunphy's game
1 month ago
"We'll have plenty of Christmases" - McGowan and club players should be envied not pitied
1 month ago
'With the worlds’ greatest thief not able to take even just one friendship away' - Cooper retires with heartfelt statement
1 month ago
Mickey Moran gives a rare interview in TG4's brilliant Anton O'Toole documentary
1 month ago
How many of the 65 county senior champions for 2022 can you name?
Next Page