The former wing-back was applauding David Clifford when he leapt above everyone else to claim his mark and kick important scores, especially in the first half when The Kingdom were struggling.

However, even in his delight, Ó Sé knew that his side were benefitting from a rule that, in his opinion, shouldn't even be in the game. 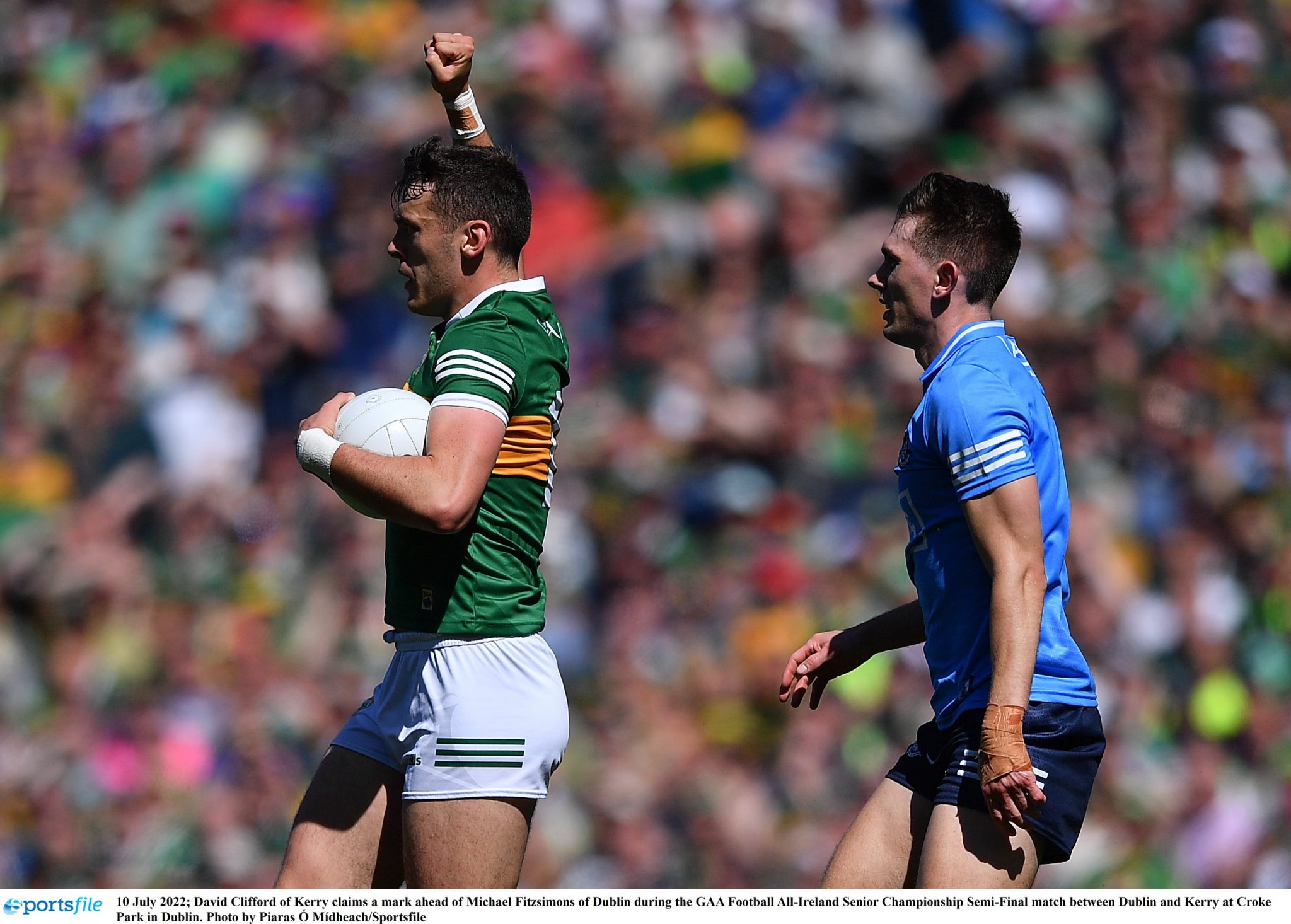 END_OF_DOCUMENT_TOKEN_TO_BE_REPLACED

The advanced mark rule was introduced in 2020 and was seen as an antidote to blanket defences. The official rule states that: “When a player catches the ball cleanly on or inside a 45m line from a kick in play delivered by an attacking player on or beyond the opposing team’s 45m line, that travels at least 20m and without it touching the ground."

This confusing description to the rule has opened it up to interpretation, meaning that it is inconsistently used in games and when speaking to The Irish Examiner, Ó Sé admits that he wants to see it removed.

“Every team that has a good man inside is going to do well with it. Even if you don’t, you can still be cute to make the most out of it and you don’t need to be lamping it in from the half-back line,” Ó Sé said. 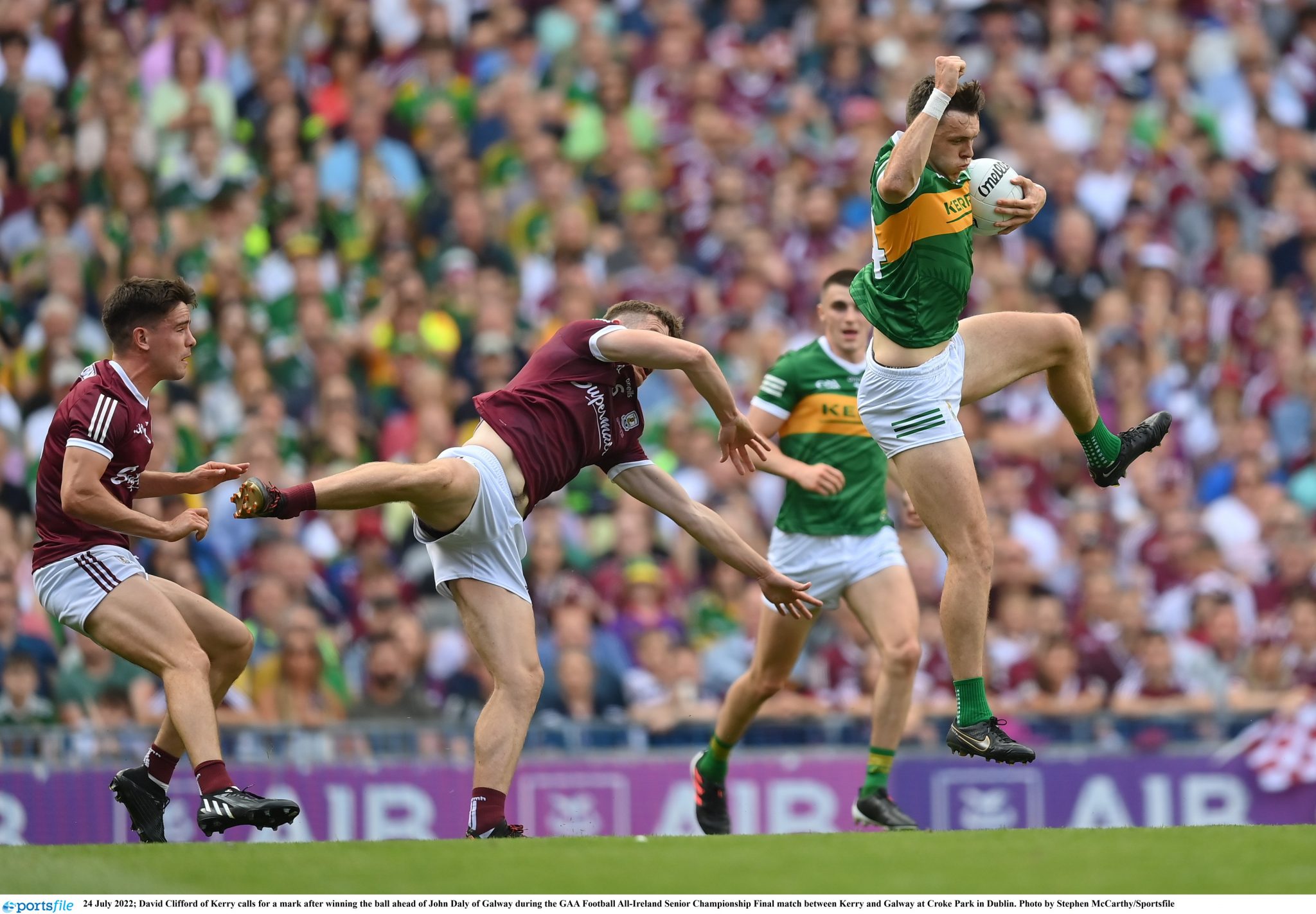 END_OF_DOCUMENT_TOKEN_TO_BE_REPLACED

“It is not part of our game, it is not our game. It’s like a free kick and the back has done nothing wrong. I still see confusion among players in matches when they don’t know if it’s a mark or not. Different referees referee it differently.

“I don’t agree with David Clifford getting two marks in the first half of the final. Paul Geaney got one too and they all went a long way to Kerry winning it because without them they were struggling otherwise.

“Being at the game, as a Kerryman I was saying ‘great’ when they got those points but it is wrong and it was unfair on the Galway backs.”


popular
Clive Woodward happy to 'eat humble pie' after bold comments about Ireland
Man City expect Pep Guardiola to leave
"He rode him like a machine rather than a racehorse" - Mullins doesn't spare Townend as second string come good
Matt Williams wants two changes and Peter O'Mahony benched for Ireland vs. France
The Ireland team Andy Farrell needs to start when France come to town
Josh van der Flier's post-match recovery routine could spark a bracing trend
Man United vs Leeds: Why the game won't be shown on Irish TV
You may also like
3 days ago
Allianz National League Round 2: All the action and talking points
4 days ago
GAA defends their handling of Kilmacud Crokes and Glen replay saga
4 days ago
The SportsJOE Friday Pub Quiz: Week 9
1 week ago
Lidl launches One Good Club in support of youth mental health
2 weeks ago
QUIZ: Which Gaelic Football hard man are you?
3 weeks ago
Lee Keegan reveals who the toughest person he ever had to mark was
Next Page