Tipperary hit the front early, in Thurles, and never looked back as reigning All-Ireland champions Limerick were beaten for the second time this summer.

Liam Sheedy's men topped the table after the round robin section of the Munster Senior Hurling Championship but at a brutal cost.

Tipperary led 0-12 to 0-8 at the break but they lost defender Cathal Barrett (hamstring) and forward Bonner Maher to injury before that. Maher landed awkwardly while attempting to beat his marker to a high ball and all watching suspected he was badly hurt.

"There are certain players when they go down, you know they are hurt," said Michael Duignan on RTE. "Bonner Maher is one of them. He is hard as nails." 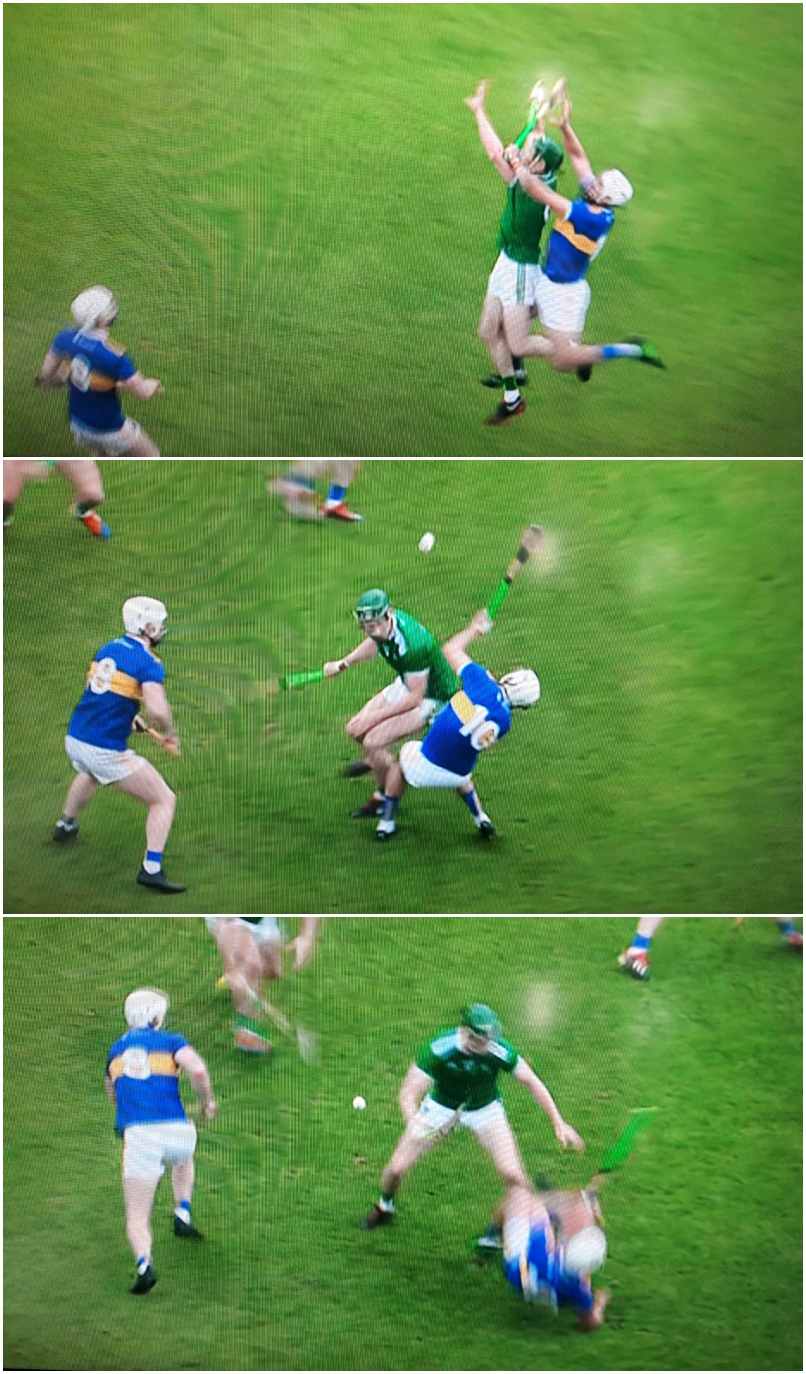 The incident happened in the 34th minute and play was held up for almost five minutes as Maher was treated by medics and physios on the pitch.

Dan McCormack took his place and Maher left the field on a stretcher and to a warm round of applause from Tipperary and Limerick fans in the crowd, as well as both sets of players.

Following the Premier County's four-point victory, Duignan said, "They are already talking about a cruciate injury." 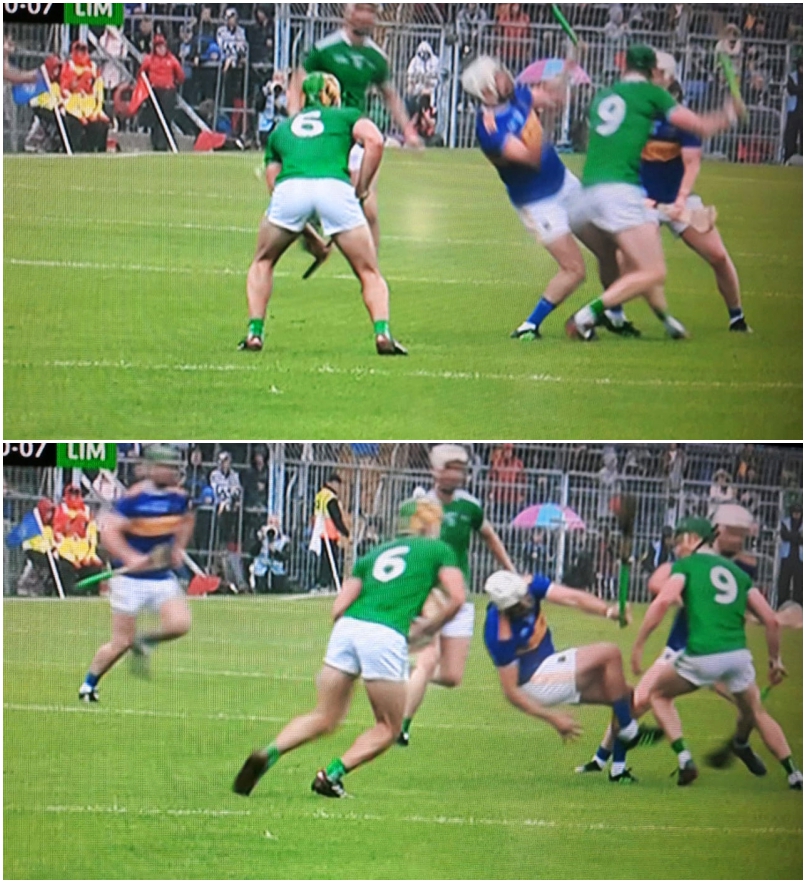 Tipperary did not allow the losses of Barrett and Maher to slow their momentum too much. Instead, they came out fast in the second half and build up a formidable lead.

The crucial moment of the match arrived on 37 minutes when Seamus Callanan rattled in his 31st championship goal for his county.

Did Seamus Callanan mean to drop the ball before he rifled it home?

Limerick kept going until the very end but Tipperary won without having to hit top gear. Both sides will meet in the Munster SHC final in a couple of weeks' time. 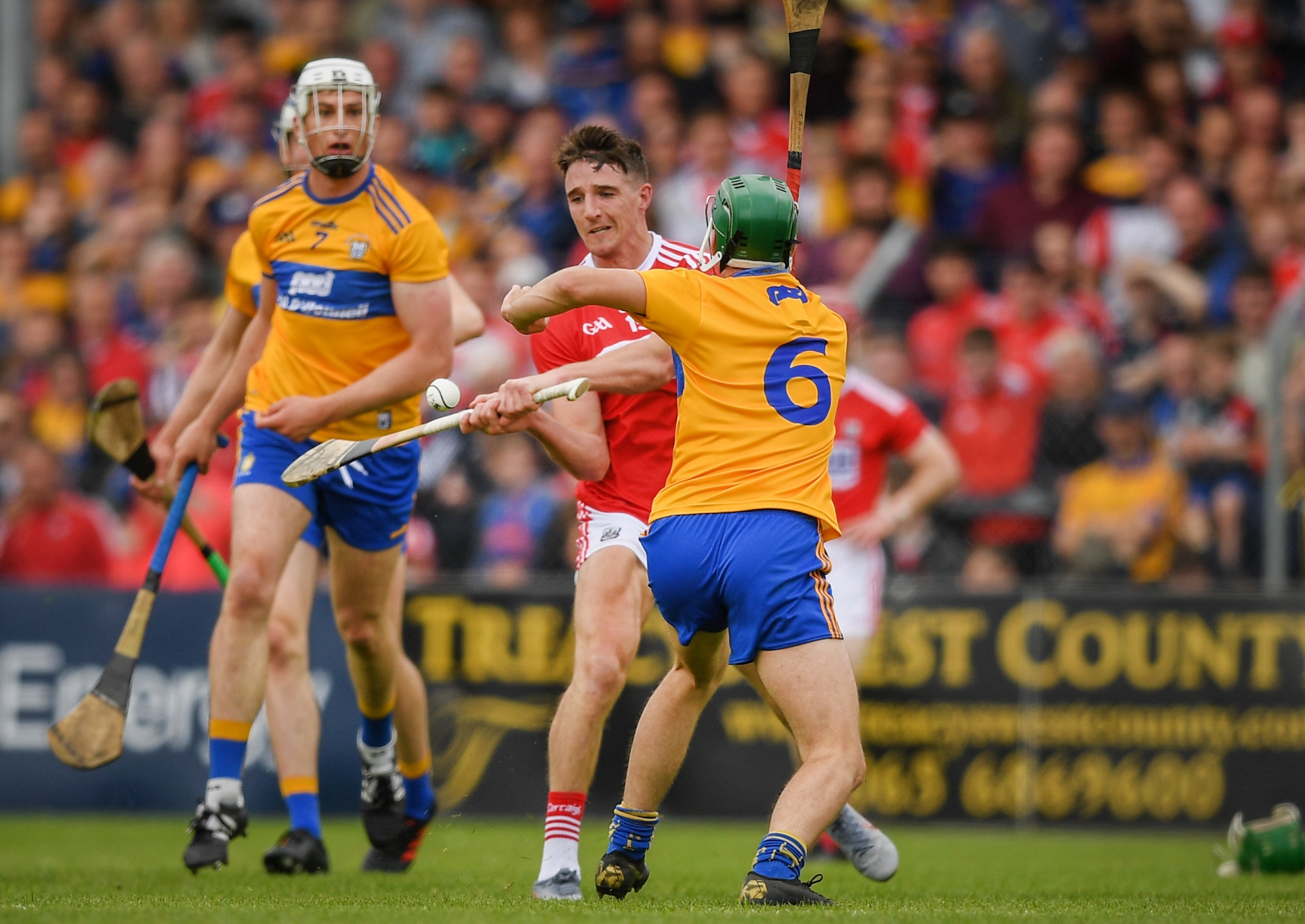 Aidan Walsh of Cork scores a point despite the attention of Jack Browne, and losing his helmet. (Photo by Eóin Noonan/Sportsfile)

Down in Ennis, Clare were eliminated from the championship but their summer ended with some pride restored.

Shane O'Donnell and Patrick Horgan traded early goals but it was the Banner County that went into the dressing rooms, at half-time, in better shape. The hosts led 2-10 to 1-8 but they had to play the second half without co-manager Gerry O'Connor on the sideline. O'Connor was sent to the stands for a feisty clash with Cork forward Daniel Kearney.

Horgan got his second goal of the game, late in the day, but Clare responded with some insurance points and ended up winning by five. Cork live to fight another day, though, while Clare are done for the summer on June 16.


popular
QUIZ: How well do you know Manchester United players of the 90s?
The SportsJOE 12 o'clock quiz | Day 6
The SportsJOE 12 o'clock quiz | Day 5
Player ratings as battling Ireland draw 1-1 in Slovakia... but it isn't enough this time
QUIZ: Name the players to have scored the most penalties in Premier League history
For Brennan, 'old-school' knock-out championship is the light at the end of the tunnel
Ronan O'Gara recalls the day S&C coach ripped him a new one for showing up with a takeaway coffee
You may also like
6 days ago
Even injury couldn't hold Richie Power's genius back
2 weeks ago
The 9 best home exercises to keep you pumped if gyms are closed
2 weeks ago
Donal Óg sums up John McGrath's elusive brilliance best
3 weeks ago
Hard to argue with Club hurling team of the year as Ballyhale and Borris-Ileigh dominate
1 month ago
Cork have found themselves a fine full back
2 months ago
Tipperary make statement of intent with battling draw against Dublin
Next Page