Kilkenny charged out of the blocks like men possessed but Tipperary responded like champions and left their old rivals far in the distance.

There were many stars for Tipp on a rain-soaked day at Croke Park but Seamus Callanan, with 1-2, two assists for points and an unbelievable pass to set up the killer goal. He finished his summer with a scoring contribution of 8-18 and another All-Ireland winners' medal to bring back to Drom. 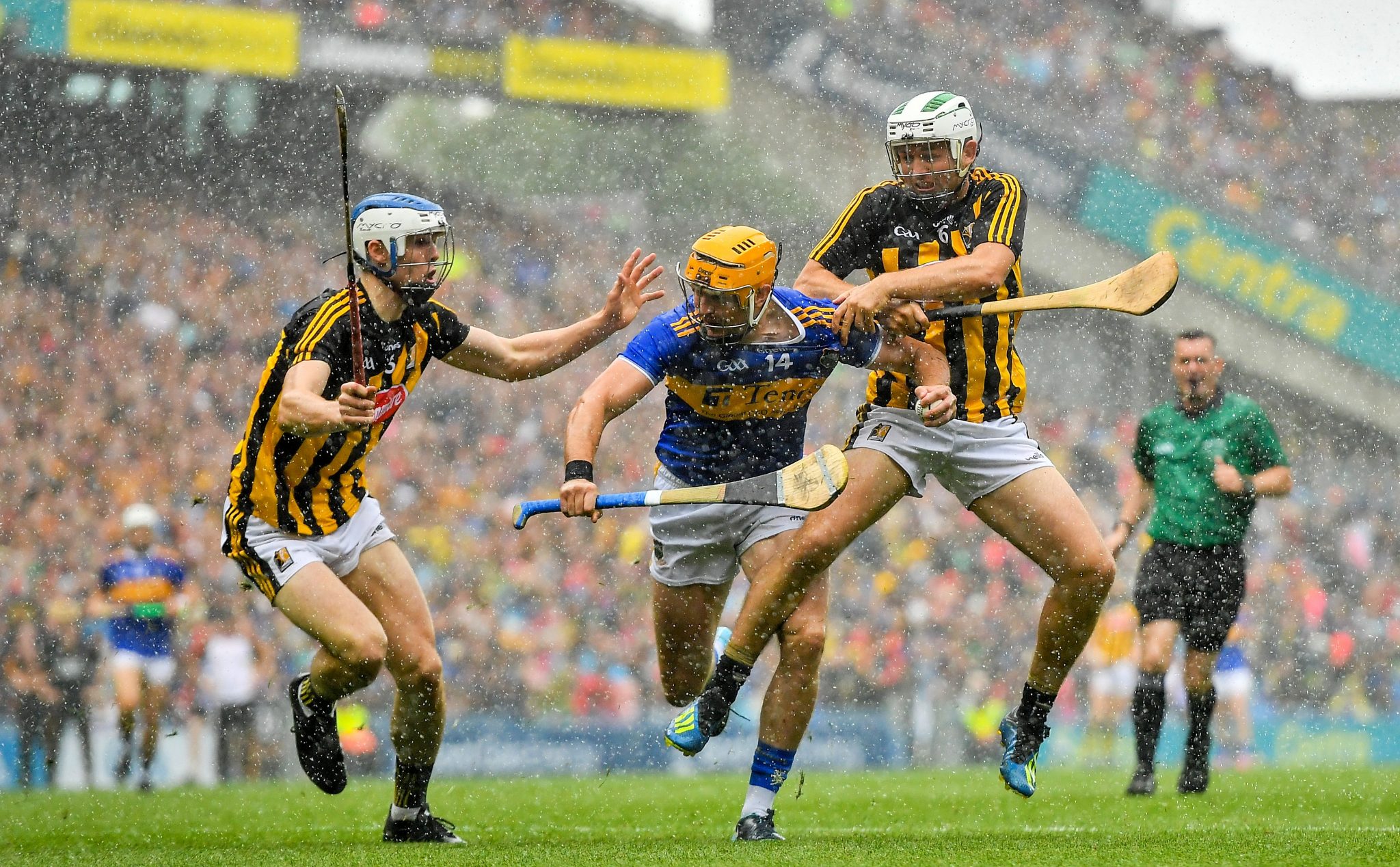 Despite the brilliance of TJ Reid, and a blitzing start for Kilkenny, Tipperary roared back with a Niall O'Meara goal and had Jason Forde's free-taking see they them head to the dressing rooms, at half-time, one point clear.

Kilkenny ended the half wondering how they were not in the lead and how they only had 14 men remaining. Richie Hogan was shown a straight red card for a shoulder charge on Cathal Barrett.

The Kilkenny forward had earlier been cut open by a high stick across the face, from Barrett, and that clash may have rushed through his mind as he flew in on the Tipperary defender. 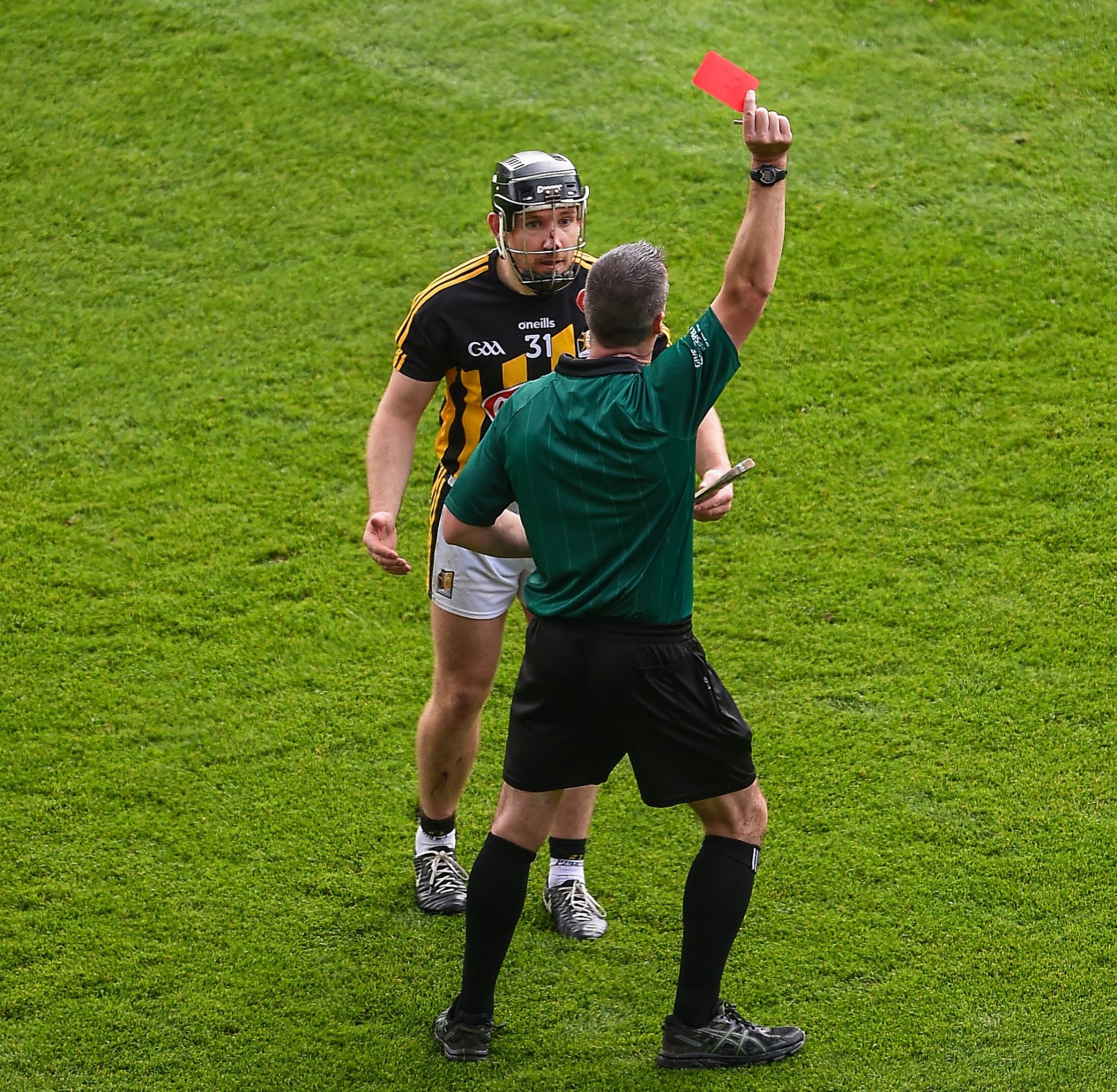 Tipperary all but ended the contest, and sealed their 28th All-Ireland final victory, by blazing 2-7 in the first 16 minutes of the second half. 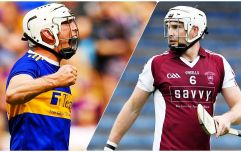 "Hail, rain or snow, you have to perform" - Competitor Maher buzzing to be back

END_OF_DOCUMENT_TOKEN_TO_BE_REPLACED

Forde, John 'Bubbles' O'Dwyer, Séamus Kennedy and Callanan tallied points for Liam Sheedy's men before Callanan scored his eighth goal of the championship, after he was the first to react to a rebound.

The killer blow was administered by O'Dwyer as Callanan showed great vision to find him with a pass. Bubbles did the rest, despite the best efforts of Eoin Murphy.

The closing stages saw Kilkenny unable to respond with any goals and, once again this summer, the Tipperary bench came on with some important scoring contributions.

OUR MAN OF THE MATCH: Seamus Callanan (Tipperary)


popular
"There's a nice bit of balance in that full forward line" - Mayo moving well
You have five minutes to name these four footballers, but it probably won't be enough time
Bruno Fernandes had an endearing reaction to being named Man United captain
The SportsJOE 12 o'clock quiz | Day 212
Alfredo Morelos on ultimate wind-up as Shane Duffy has day to forget
House of Rugby Ireland returns with new look, and new hosts
The SportsJOE 12 o'clock quiz | Day 211
You may also like
3 weeks ago
No silverware but a country's respect for Loughmore-Castleiney
4 weeks ago
Wild scenes at Semple Stadium as Kiladangan score last gasp stunner
1 month ago
"You'd be wondering whether you need to bring the hurleys over or what gear you'd need to bring"
2 months ago
A team of hurling legends who didn't make their county minor teams
4 months ago
Shane Long: The one that got away from Tipperary hurling
4 months ago
"I knew I didn't have the pace or strength, it was just get it and try kick it left or right"
Next Page