The top seven best lines that GAA managers have said

GAA managers are the gift that keeps on giving.

Listen, it's not easy. You give these lads everything in training two nights a week, you prepare meticulously, you set the tactics up precisely, and then on match day, as far as you can tell, they just aren't f***ing trying.

It's completely understandable when managers then lose the plot at half-time, or get carried away before a game, and what was intended to be a 'Brave Heart' sort of speech, ends up being a mash of country dialect and harsh language.

Those in charge of leading us are often just volunteers, but proper gaels, which means they tend to lose the run of themselves from time to time.

END_OF_DOCUMENT_TOKEN_TO_BE_REPLACED

Anyone who has ever kicked a ball, or picked up a hurl, will have experienced at least one hilarious quip from a coach, that, although was supposed to galvanise the players, ends up inducing a fit of giggles.

We asked you, what were the best lines you've ever heard from a GAA manager, and then we picked out the very best. 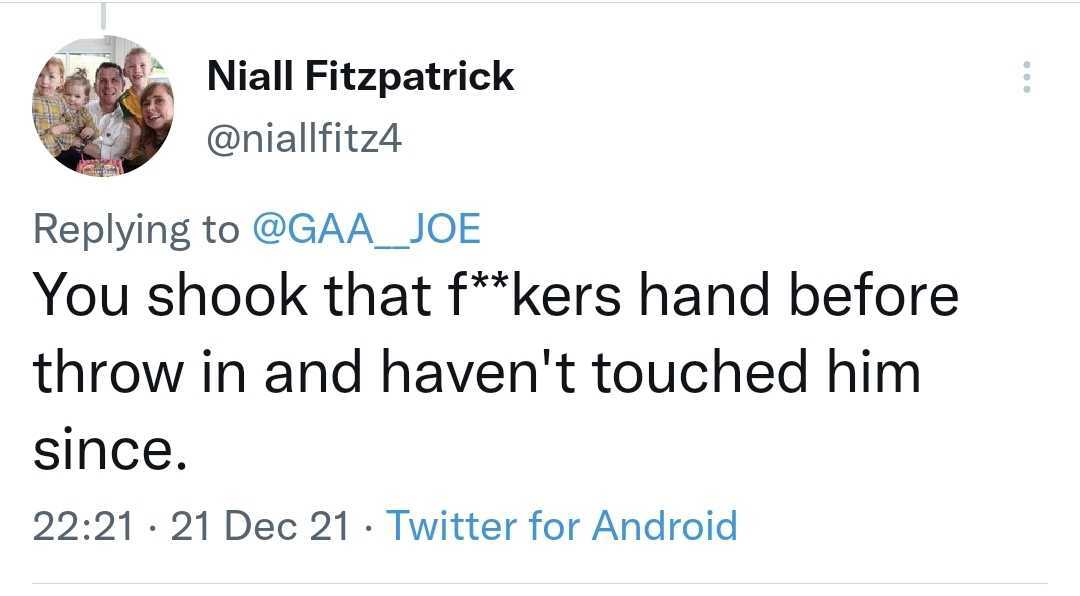 Hilarious, a little harsh, but no doubt constructive. You need to get into them! 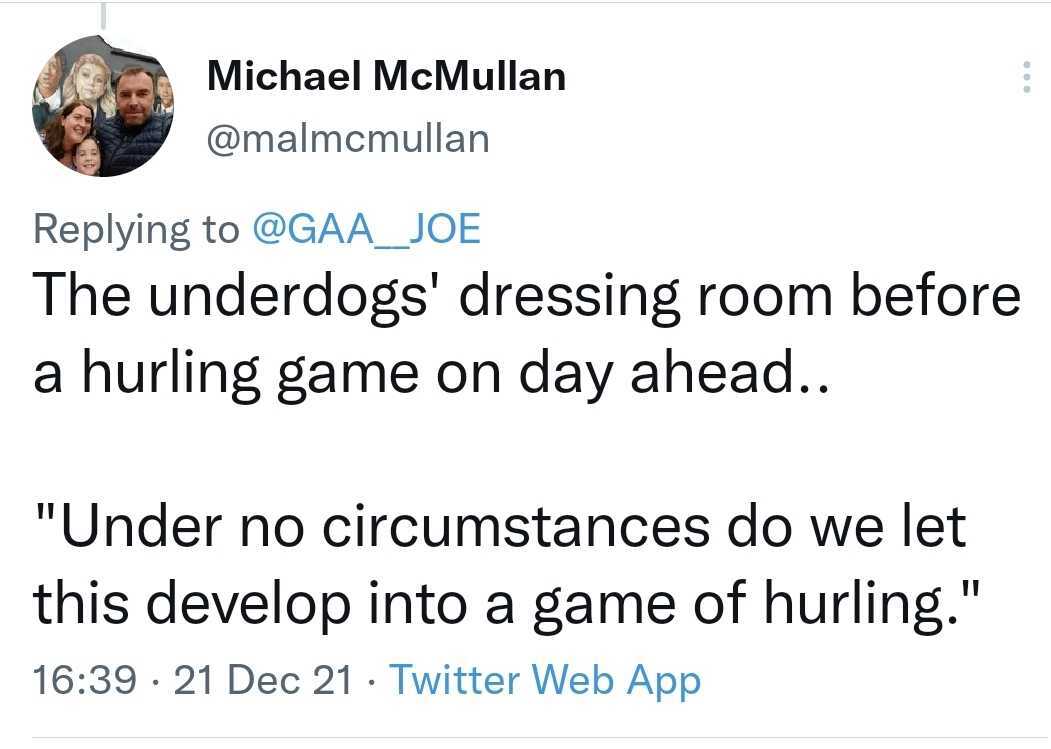 These lads want to go out there and show off their skills, hard work and superior athletic ability? Well f*** that! Make it a dog fight and spoil the party. 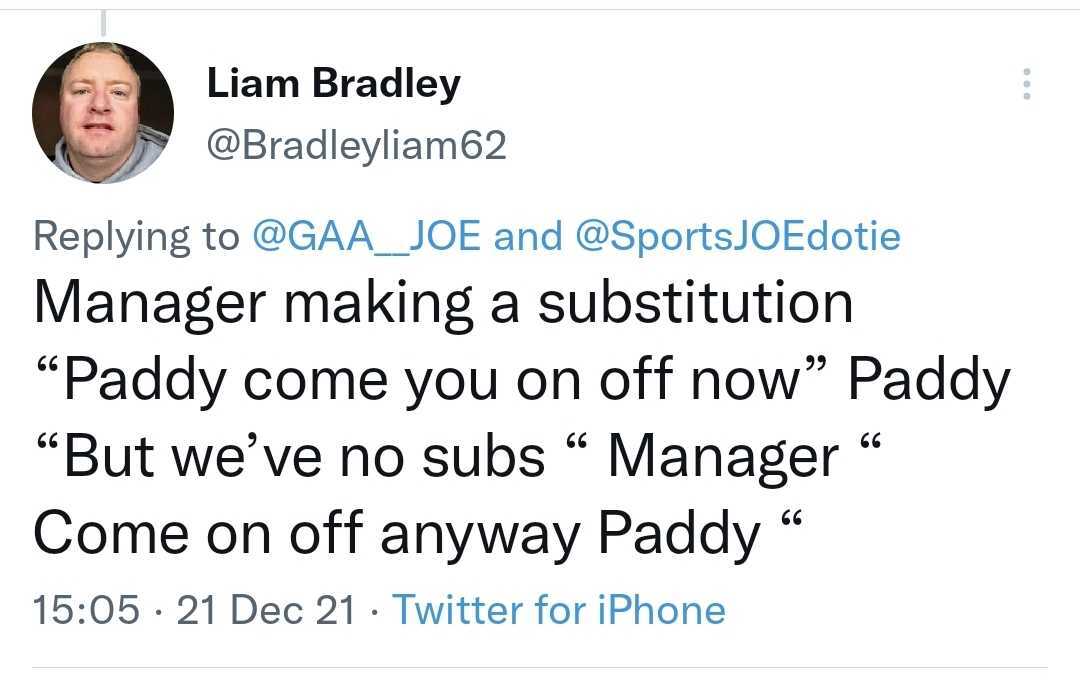 Sometimes the devil you know, is better than the one you don't. We all know what it's like to play with a player less than the opposition.

However, we don't know what Paddy might do, so best to play it safe. 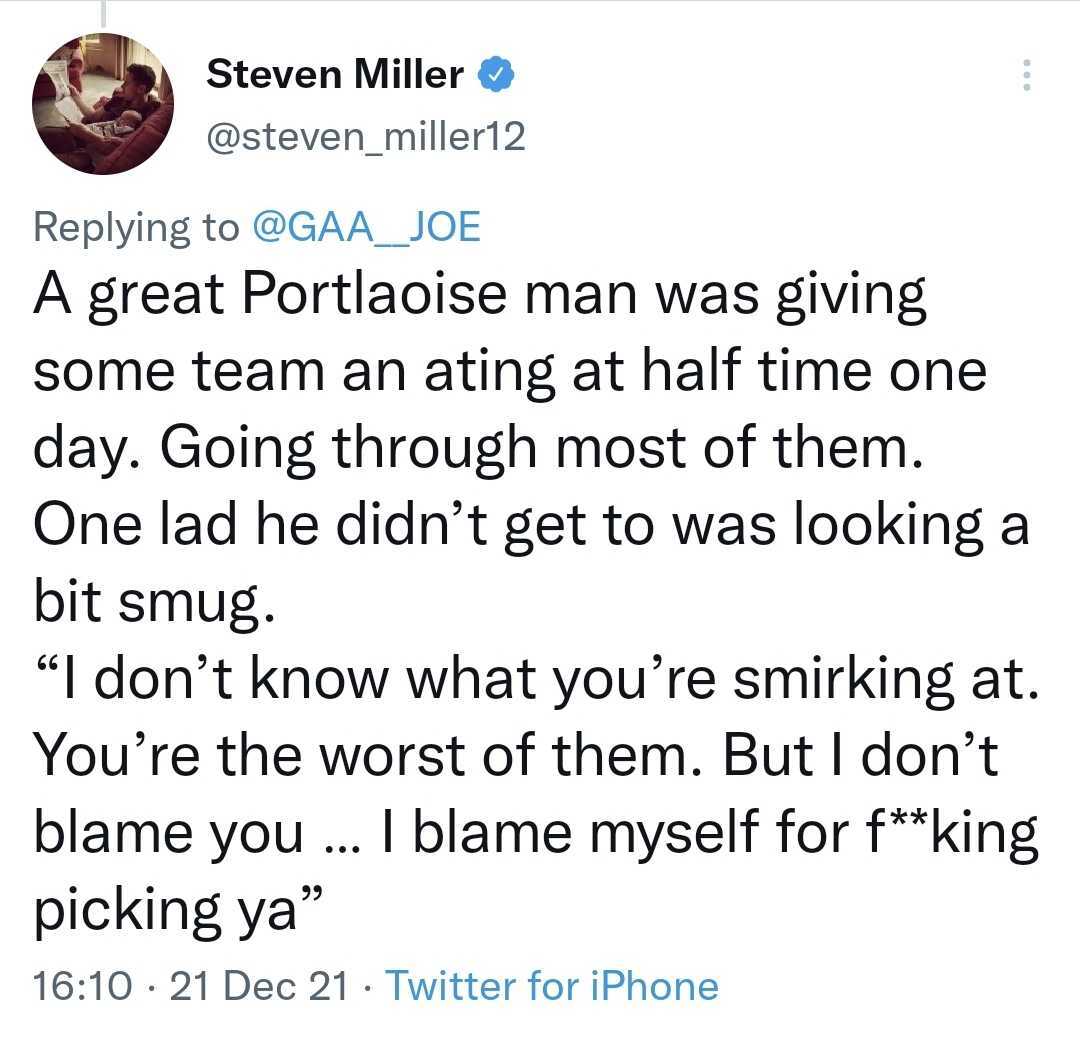 A good manager will always take responsibility, and here is an excellent example of a fearless manager shielding his players from the blame.

I think it's safe to say the manager was going one direction with this speech and ended up going another. 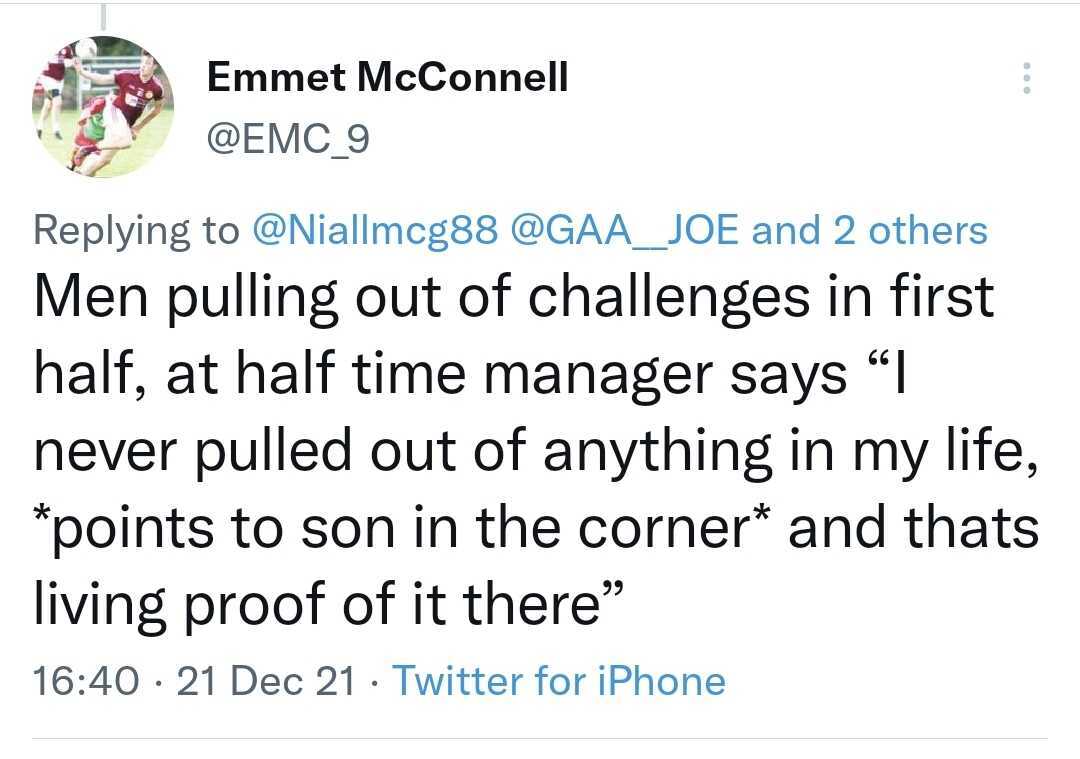 It's probably best that we don't read too much into this one, and let you take your own interpretation on it.

Sometimes managers can overcomplicate things. Keep it simple, state the facts and always find a positive twist on the situation.

Nobody quite has a way words like GAA managers...

Here are the best lines as voted by you👇 pic.twitter.com/caT8DUS2Wm


popular
Clive Woodward happy to 'eat humble pie' after bold comments about Ireland
Man City expect Pep Guardiola to leave
"He rode him like a machine rather than a racehorse" - Mullins doesn't spare Townend as second string come good
Matt Williams wants two changes and Peter O'Mahony benched for Ireland vs. France
The Ireland team Andy Farrell needs to start when France come to town
Josh van der Flier's post-match recovery routine could spark a bracing trend
Man United vs Leeds: Why the game won't be shown on Irish TV
You may also like
3 days ago
Allianz National League Round 2: All the action and talking points
4 days ago
GAA defends their handling of Kilmacud Crokes and Glen replay saga
4 days ago
The SportsJOE Friday Pub Quiz: Week 9
1 week ago
Lidl launches One Good Club in support of youth mental health
2 weeks ago
QUIZ: Which Gaelic Football hard man are you?
3 weeks ago
Lee Keegan reveals who the toughest person he ever had to mark was
Next Page