Team of the Sigerson Cup

It's been a great month of Electric Ireland Sigerson Cup football.

They'll say its importance is weaning, they'll say it doesn't matter any more. The magic is still there though, and the smiles on Billy Morgan's, Sean O'Shea's and every UCC face in Portlaosie on a windy Wednesday night showed that.

Here's our best 15 of the competition.

The Ranch were one of the meanest defences in the competition only conceding two goals the whole way through and their Down kept them all in line.

His short kickouts were accurate and his long ones played to Jarlath Óg Burns strenghts in midfield.

Showed nerves of steel to kick the winner in the shootout in the first round against NUI Galway. Got forward for a scores from distance as the tournament progressed and was part of the heroic rearguard effort that kept UCD's lethal full forward line scoreless from play.

This, from 0.32 was the highlight though.

Never stopped running, probing and trying in the final. The Down man was solid this whole campaign.

Bursted forward for two crucial points in the final. Was solid in defence too.

Always steps up when NUI Galway need him. Kicked a heroic winner against Queen's and then followed it up with a clutching goal against UUJ.

One of the Electric Ireland Sigerson Cup's best players of the last two years.

Holds the centre well for UCC and much of their attacks break out from his smart, incisive runs and passes. 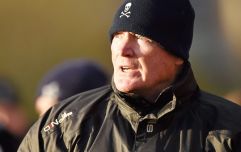 "Their hands are tied with the league...it's ridiculous, you could play the Sigerson first"

END_OF_DOCUMENT_TOKEN_TO_BE_REPLACED

UCC's captain fantastic led by example the whole competition long. Kicked a fine score when St Mary's were coming back into the final. A direct wing back with plenty of bite, with leaders like this fella, you'd wonder how the Cork county team are going so bad.

A beast in the middle for Mary's. Their captain caught kickouts for sport and drove forward like King Kong in his prime leaving victims in his destructive wake.

Video: What about this for inspirational play today by Jarly Og Burns for St Mary's - fielding a high ball, driving forward in the lead-up to their goal, and then scoring a point in the @ElectricIreland Sigerson Cup win over IT Tralee.. #GAA pic.twitter.com/NjQXPRGoAN

The Tipperary man is so slick in possession and his calmness and ability to pick the right pass and make the right decision is a key part of the UCC machine.

Turned in one of the performances of the competition against DIT when he was unplayable and scored 1-8 from play. The Clare man also tried hard against IT Carlow and was unlucky for his side to be dumped out at that stage. 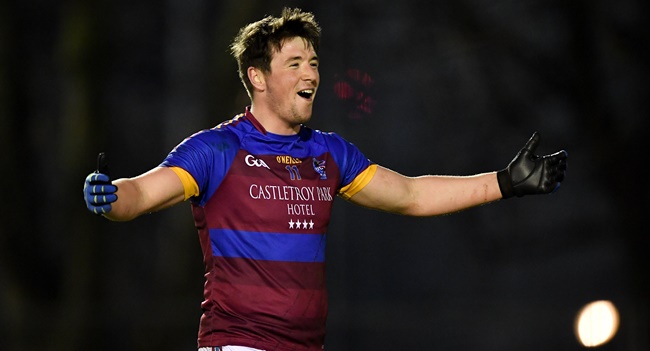 The most glorious kicker in all the land. Barely missed a free all campaign for UCC and he lashed them over from play too.

Capped it off with a man-of-the-match performance in the final. 2019 is going to be the year of Sean O'Shea.

His manager Billy Morgan summed it up after the game.

"He's an absolutely class player, even with the mass defence, it's impossible to stop him from scoring." 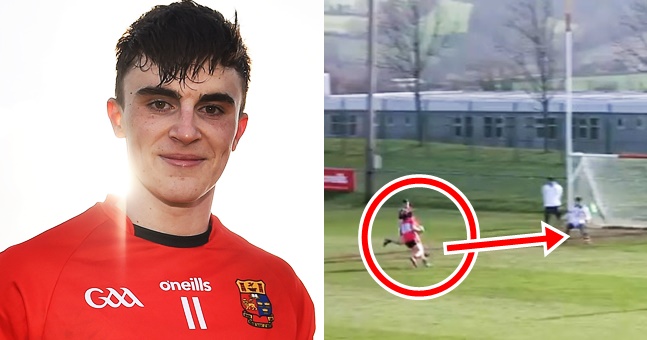 There's no stopping Sean O'Shea. The UCC forward line are a little bit like Corofin when they get...

Stepped up for St Mary's whenever they needed him. He was their go-to forward for much of the competition but he thrived on the pressure. Kicked some fine points against UCC again in the final. Will be a key man in the Derry resurrection.

Maynooth University brave Electric Ireland Sigerson Cup run was only ended by a brilliant St Mary's team. The Kildare sharpshooter kicked points from all angles for them in the win against Queen's and against Mary's.

Not many could handle the big, burly Laois man with the keen eye for a goal. Racked up some big scorelines in UCD's campaign.

The Killarney Legion goal-machine came up with the goods for IT Tralee against IT Sligo and against St Mary's. 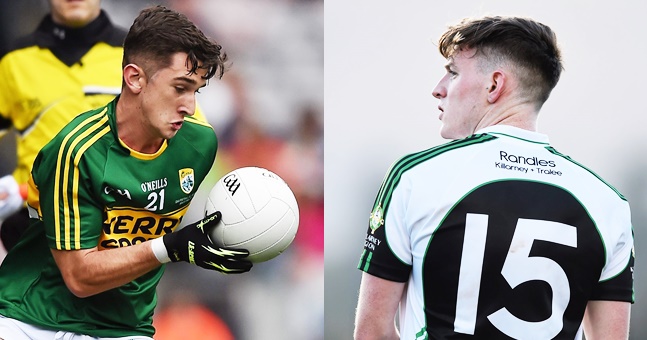 The boys of Tralee aren't here for the craic. They may be without their star turn David Clifford ...

*All of the highlights and videos in this article came from the brilliant coverage of Jerome Quinn.


popular
In 86 seconds, Patrick Bamford becomes English football's voice of reason
'Make him hurt, make him yours' - How the Springboks ruled the world
Jose Mourinho is about to step up and become the hero football needs
Springboks legend Tendai Mtawawira tells us what he really thinks of Ellis Genge
'Beast' Mtawawira is a big fan of Mike Ross' Lions front row
Ugo Monye's revised Lions XV dominated by Welsh and Irish
"We did find him hours later and we made up." - How Flynn and his best friend came to blows in Croke Park
You may also like
2 years ago
Magical Sean O'Shea the difference as UCC do the business
2 years ago
GAA team of the weekend
2 years ago
Sean O'Shea has Mallow drooling but Jarlath Óg Burns is some man to fetch
2 years ago
Letterkenny IT win Trench Cup after outrageous scoring run in final minutes
2 years ago
UCD stunned in Sigerson semis after being held scoreless for 38 minutes
2 years ago
Kerry and Clare combine in lightning attack whilst St. Mary's prepare to meet an old friend
Next Page