In a game that at times could have sent you to sleep, the semi-final between Galway and Derry has raised some incredible talking points.

First off was the crazy Hawkeye decision that initially ruled out Shane Walsh's legitimate '45 point, despite the fact that it clearly went over the bar.

Thankfully the decision was overturned, so as the teams came out for the second half it was all square with four points apiece. 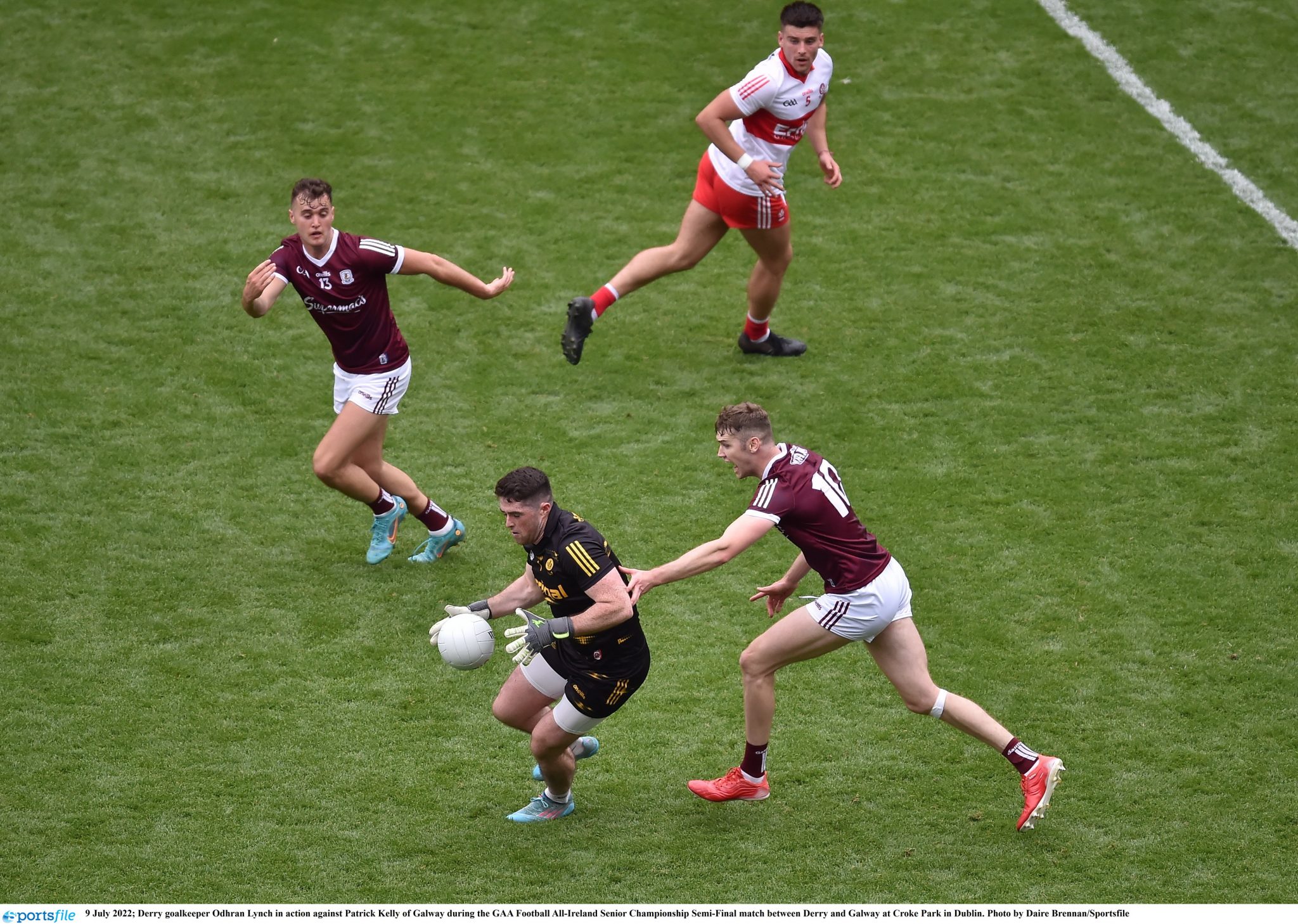 END_OF_DOCUMENT_TOKEN_TO_BE_REPLACED

Like men possessed the Tribesmen came out with a new lease of life, and Walsh kicked some great scores from the dead ball. Try as Derry might, they couldn't seem to run the ball through this Connacht defence.

Goalkeeper Odhran Lynch came out on numerous occasions, trying to act as an extra body and support the play, but on a few occasions almost got caught out with the turnover.

All season long, since Monaghan's Rory Beggan scored a point from play against Tyrone in the opening league game of the season, the talk of 'sweeper keepers' has been a hot topic.

A second goal for Galway and Damien Comer, shooting into an empty net after a rapid counter-attack. The Tribesmen look to be on their way to the final
📱 https://t.co/AhGH0dO2Ff

As effective as they proved to be with the likes of Ethan Rafferty and Niall Morgan causing the opposition serious problems, the question has always lingered - what if they got caught out?

END_OF_DOCUMENT_TOKEN_TO_BE_REPLACED

Well today the inevitable happened, and after Damien Comer got his first goal under his belt, he was in unstoppable form.

After winning the turnover 63 minutes into the game, the bombing forward picked up possession, had a quick look to see the empty posts, and lobbed the most perfectly elegant ball into the net to secure his second goal of the match. 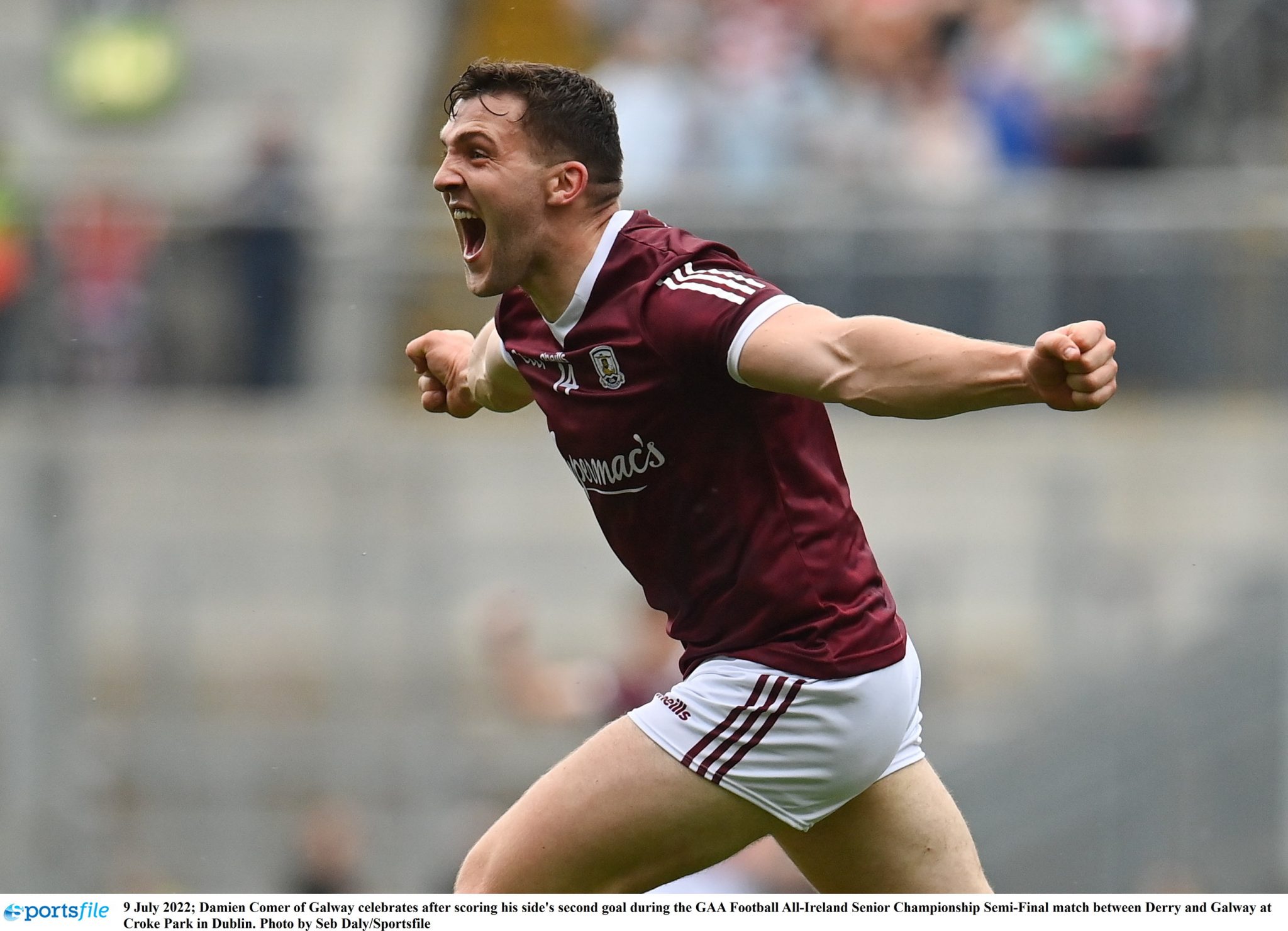 With that, forwards and traditionalists all over the country roared in delight and no doubt the mantra of keepers needing to 'stay on their line' will be returning.

The Oakleaf county simply ran out of ideas, and Comer rightly picked up the Man of the Match award as he propelled his county into their first All-Ireland final since 2001.

Galway will play the winners of Kerry v Dublin, who face off on Sunday afternoon.

You may also like
4 days ago
Two senior club hurling games and one football championship final on TV this weekend
6 days ago
"He would have been a phenomenal rugby player" - Jack Carty on Michael Murphy
1 week ago
Cormac Costello penalty, Johnny Cooper red card and Eoin Murchan masterclass as Na Fianna edge out Whitehall
1 week ago
Bernard Brogan wants GAA players to be more active in the media and GAA compete against other sports
1 week ago
Roscommon GAA propose lengthy ban for alleged assault on referee
1 week ago
Cavan dealt big blow as star player looks set to miss 2023 season to go travelling
Next Page