Fans from four counties can start making plans around that weekend now.

There are still 12 counties vying for the final four places in the 2019 All-Ireland quarter finals, or Super 8s. As provincial title winners, Donegal, Kerry, Dublin and Roscommon are already qualified and lying in wait.

The draw for Round 3 of the Qualifiers took place on Monday morning, with Mayo versus Armagh the pick of the upcoming ties:

END_OF_DOCUMENT_TOKEN_TO_BE_REPLACED

The winners of those games, this weekend, will take on the losing provincial finalists over July 6-7 for the final four spots in the quarter final series.

Two sets of Super 8 fixtures have now been confirmed, so Dublin, Kerry, Roscommon and Donegal fans all know who their counties will be up against, and where, on the July 20-21 weekend.

Croke Park will play host to Kerry vs. Donegal and Dublin - in their 'neutral venue' fixture - face Connacht champions Roscommon.

END_OF_DOCUMENT_TOKEN_TO_BE_REPLACED

For the opening round of fixtures, played over July 13-14, all four provincial winners are at home. Mayo and Tyrone are the two big-hitters in the qualifiers but there are potential clashes for Kerry and Galway, while Cork could get Dublin at Croke Park if they come through Round 4 of the qualifiers.

The final round of games could see Dublin travelling to Kingspan Breffni Park to taken on Cavan while Kerry could face Meath at Pairc Tailteann on the August 3-4 weekend. 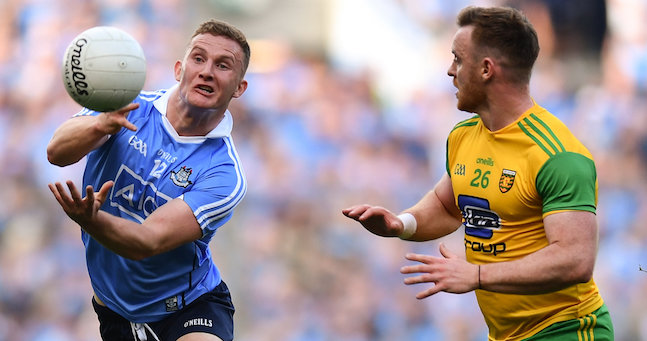 
popular
Kieran McGeeney on the defensive after post-match questions on brawl
Damien Comer targeted in brutal, chaotic Armagh and Galway brawl
Conor Gleeson's gesture to heartbroken Ethan Rafferty a tonic after sideline brawl
Shane McGuigan does a 'Sueey' Cristiano Ronaldo would be proud of after winning MOTM
Erik ten Hag 'orders specific grass measurements' and strict eating plan
Roy Keane makes good on bet after seeing Cork fall to Dublin
"That bit of a fracas nearly woke us back up again" - McDaid never doubted his boys in the shoot-out
You may also like
3 weeks ago
The GAA community comes together in support of Sean Drummond
1 month ago
Just because they signed an autograph doesn't mean they're not hurting inside
1 month ago
Kilkenny, Dublin and Wexford could all still end up going out of the championship next Saturday
1 month ago
Familiar feeling for the Dubs as Kilkenny rack up a cricket score
1 month ago
"I realise on the far side that all of that stuff is not what it's cracked up to be." - 2011 reunion allows O'Sullivan to take it all in
1 month ago
"Jesus, no, if he finds out, he'll think I'm going soft now." - the social life of inter-county GAA players
Next Page