"Now is when the real controversy starts... "

Some big calls in The Sunday Game Team of the Year, after a championship that ended with Kerry lifting Sam Maguire after a strong second half showing.

Colm O'Rourke said it best (above) when he had to deliver the full-back line. Éamonn Fitzmaurice said likewise when he was discussing the half-back line.

END_OF_DOCUMENT_TOKEN_TO_BE_REPLACED

The panel, including some that were not in the studio this evening, settled on their Best 15. It differs somewhat from the GAA JOE Team of the Year, but has plenty of worthy, excellent players in there.

After an afternoon of Kerry joy and Galway heartache, there would be an extra bump for some - on both sides - and more head-shaking for others. 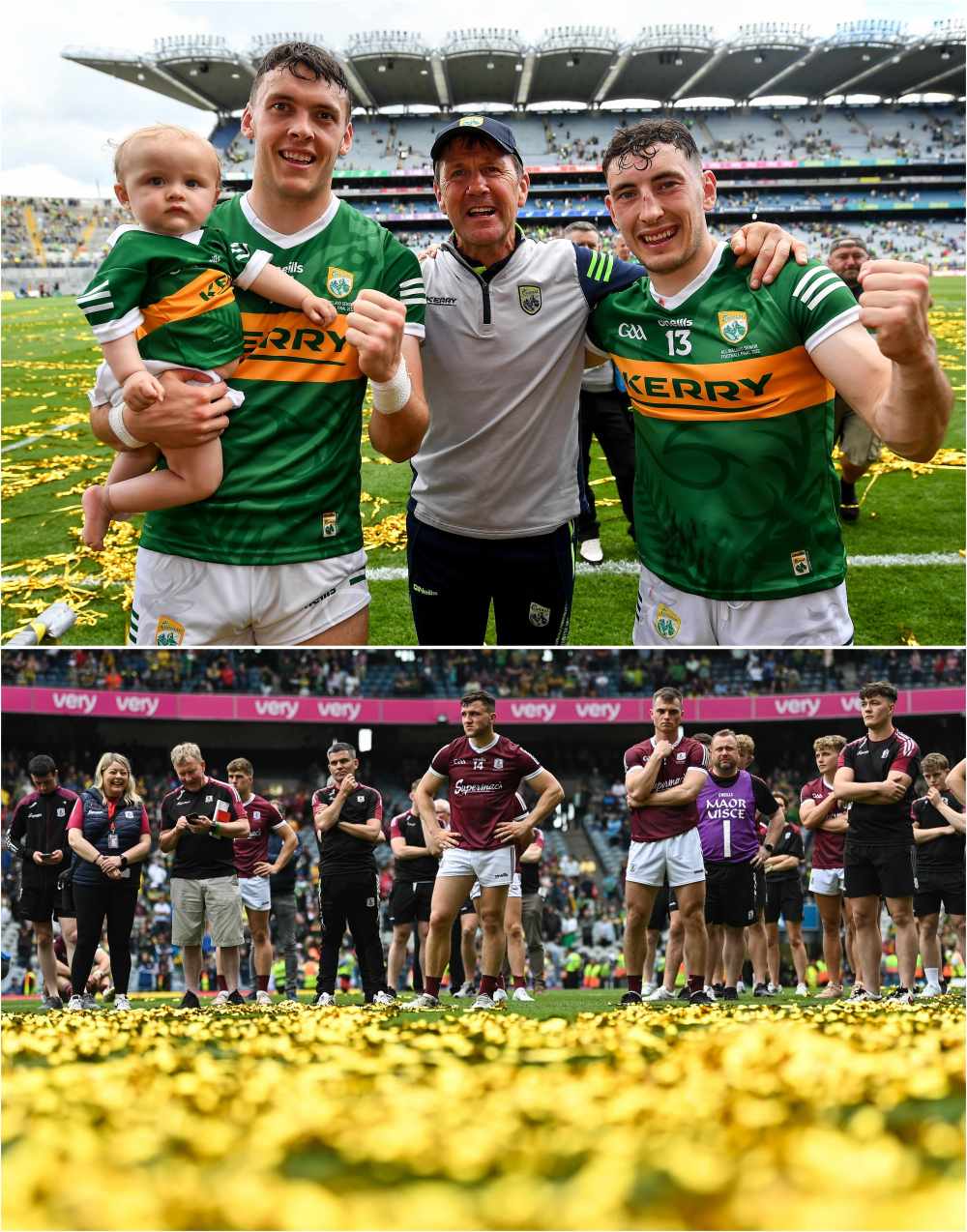 Those big Team of the Year selection calls

END_OF_DOCUMENT_TOKEN_TO_BE_REPLACED

Before we get to the Team of the Year, the panel chose their Footballer of the Year and it was David Clifford edging out Galway's Shane Walsh and Cillian McDaid. All three would make the Best 15, though.

Kerry ended up with seven selections in the final 15, with beaten finalists Galway getting four, Dublin getting two, one from Armagh and one from Derry.

David Clifford also claimed Man of the Match for the final. The lad will need a trailer to get all the trophies home to Fossa.

The Sunday Game Team of the Year


popular
World Cup 2022 Day 14: All the major action and talking points
From Ireland to Argentina: Alexis Mac Allister's Irish roots explained
Shay Given on how far Ireland could've gone at the 2002 World Cup with Roy Keane in the team
Positive update on Pele's condition as messages of good-will pour in
"Nowadays, even if I don't hit a ball, I don't care as long as we win" - Gleeson learning from the past
New released footage shows controversial Japan goal against Spain was right to stand
Ronaldo finally reveals why he got that hideous haircut

You may also like
3 weeks ago
Munster, Connacht and Ulster GAA clashes stack your TV guide this weekend
4 weeks ago
Jamie Clarke takes sabbatical from soccer to commit to Crossmaglen
1 month ago
Paul Finlay reveals secret to high performance in your late 30s
1 month ago
The one moment that shows why David Clifford is the best player around
1 month ago
Quiz: Can you name these intercounty GAA teams from their nickname?
1 month ago
The five most unlucky players to miss out on an All-Star
Next Page