If only if was this simple...

It is that simple but, then again, in GAA nothing is simple.

Getting a rule tweak through, in football or hurling, so often proves harder than getting a straight answer from White House press secretary Sean Spicer.

This year will see the 'Mark' debated the length and breadth of the country. It took an age to get the concept trialled and GAA coaches the country over will be trying their best to sand-bag up against it.

During the latest episode of The GAA Hour Football Show, host Colm Parkinson and Armagh legend Stevie McDonnell discussed some rule changes that would benefit the game. 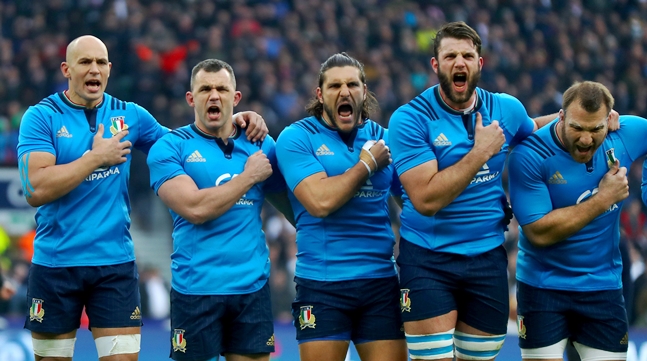 Parkinson looked to Italy's 'no ruck' innovations that perplexed England for 40 minutes of their Six Nations clash and noted how World Rugby will undoubtedly introduce a rule tweak to eradicate that negative tactic. He said:

"You've got a governing body [in rugby] that will say, 'Right, that's not that exciting'... [In GAA, if they were in charge] they might say, 'Right three forwards, three backs you have to stay up there'."

Parkinson continued, "I can't ever see Gaelic games devolving back into, 'Right, I'm not going to pack my defence' because that's just the [pervading] conservative nature of protecting your goal."

Parkinson is in favour of governing bodies acting in the best interest of their sporting product. McDonnell agrees and allowed himself to drift into dream territory:

"That would certainly show who is capable of playing inter-county football and who isn't. And you must kick the ball, you're only allowed one hand pass in a row... it'd be fascinating. You'd certainly see which teams have been focusing on their ball skills in the last few years and which ones haven't."

Parkinson is up for it but the likelihood of a man-on-man format returning is minuscule.

It would require a heap of GAA people to agree and more than one rule change to implement. Wishful thinking but, for now, we have to live with what we got.


popular
The SportsJOE 12 o'clock quiz | Day 77
You'll need to be on top form to get 20/20 in this 1980s footballers quiz
QUIZ: Can you name all 24 champions of the English football league?
If you can answer this one Premier League question, you really know your stuff
SportsJOE 2000s Football Quiz | Round 4
The SportsJOE 12 o'clock quiz | Day 75
The SportsJOE 12 o'clock quiz | Day 76
You may also like
1 week ago
"That's done at the end of a sprint, jumping off one leg" - Kevin Feely on the art of fetching
2 weeks ago
“Talent wise he’s as good as there has ever been in Gaelic football"
2 weeks ago
"You had no other choice but to get down and dirty with these boys"
2 weeks ago
"My fondest memory is definitely beating the Dubs in Parnell Park, that's just f*cking brilliant"
3 weeks ago
JJ Delaney tribute: A hurling legend made of different stuff
1 month ago
Arsenal S and C coach on how to keep it ticking over during the lay-off
Next Page