Referee David Gough made the right call for the penalty but did not feel there should be a re-take.

Another big moment in the long, medal-ridden goalkeeping career of Stephen Cluxton.

Paul Geaney had two golden goal-scoring chances for Kerry in the first half of the All-Ireland Football Final, but missed both.

Kerry played really well in the opening 35 minutes but their misses were in the double figures by the half-hour mark. Geaney was denied by a goal-line block by James McCarthy but then had a chance, on 12 minutes, to make up for it.

Gough adjudged Jonny Cooper to have wrapped his arms around David Clifford as he was seeking to contest a high ball with Stephen Cluxton. 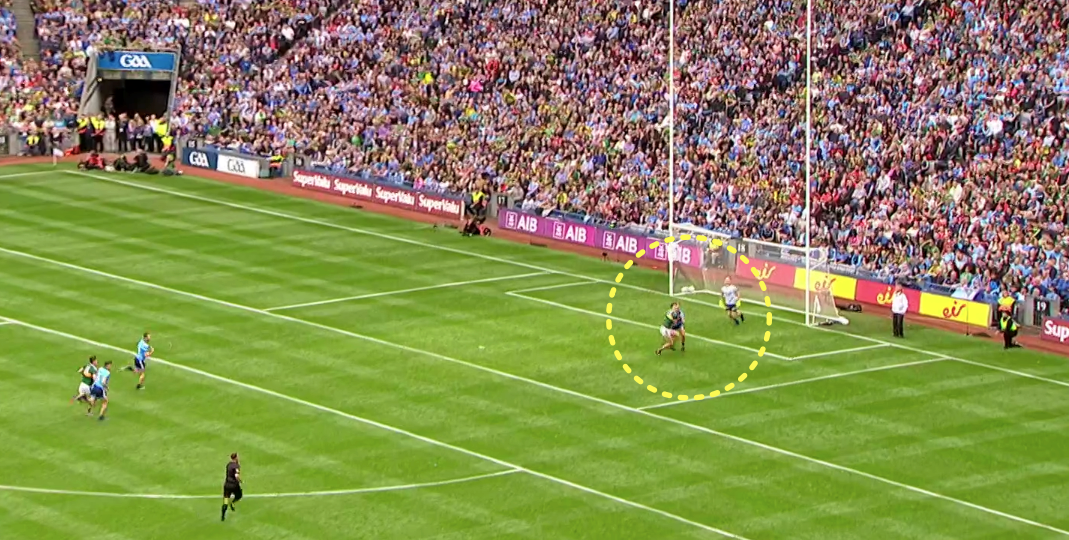 Cooper protested his innocence but replays showed that he had, indeed, illegally prevented the Kerry forward from getting up in the air. 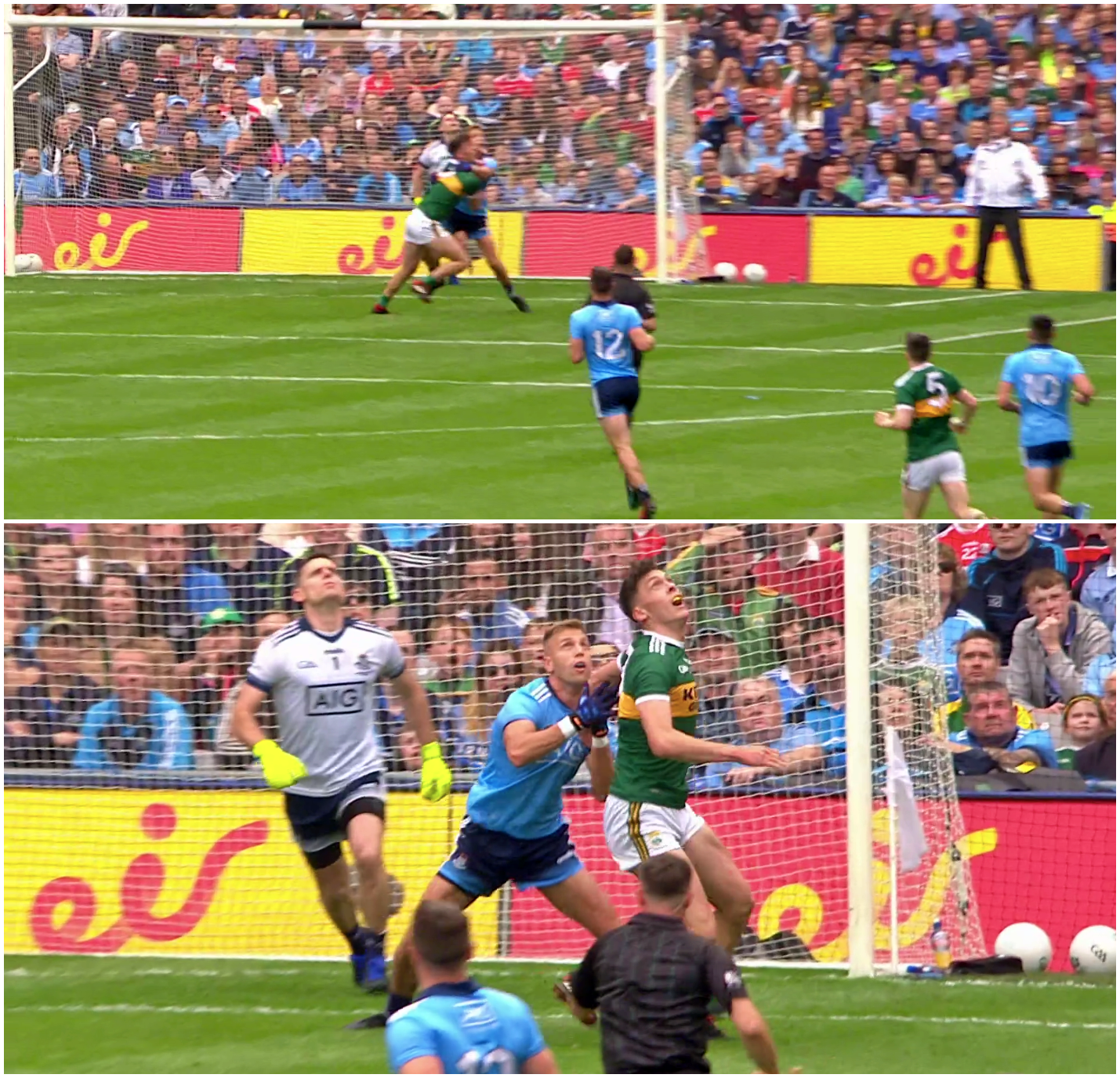 Geaney, who has 11 championship goals in his career, stepped up for the spot-kick but never looked confident.

He ambled up to the ball and struck it to his left, and Cluxton's right. The Dublin No.1 guessed the correct way and made a fine save.

The major issue here [pictured below] was how far the Dublin goalkeeper had come off his line by the time Geaney connected with the ball: 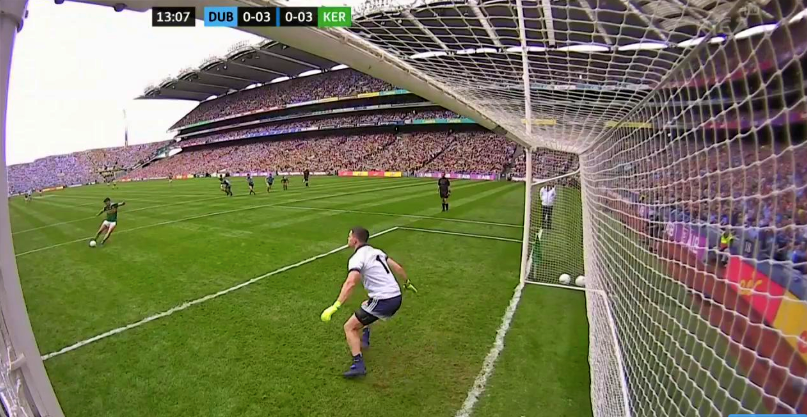 END_OF_DOCUMENT_TOKEN_TO_BE_REPLACED

The rules state that goalkeepers can move left and right on their line for penalty kicks but cannot move forward until the ball is struck.

With Gough looking on, in line with the square, Cluxton was a yard off his line before he flung himself to his right and made the crucial save.

Many fans were livid with the call:

Glad to see Cluxton back in from Ballbriggan yet after his wander out off his line to save that penalty.

Shocking penalty by Geaney, but where was cluxton off too, 2 ft off the line, should have been a retake #AllIrelandFinal

Just before half-time, Gough made another big call when he red-carded Cooper for another drag on Clifford.


popular
In 86 seconds, Patrick Bamford becomes English football's voice of reason
'Make him hurt, make him yours' - How the Springboks ruled the world
Jose Mourinho is about to step up and become the hero football needs
Springboks legend Tendai Mtawawira tells us what he really thinks of Ellis Genge
Michael Bisping tears into Dillon Danis for 'trying to be Conor McGregor so hard'
"We did find him hours later and we made up." - How Flynn and his best friend came to blows in Croke Park
Football's greatest heist has been happening in broad daylight for years
You may also like
1 month ago
"The GAA need to be more aggressive. They need to pull some of this back"
1 month ago
Night to remember for Mackin at TG4 Ladies football All-Stars
1 month ago
"Hang on lads, there is more to life outside of Dublin" - Connellan is a rebel with a cause
1 month ago
"People that get All-Stars aren't just a cog in the wheel. These are the special, outstanding players"
1 month ago
"It's just a really hard thing to step away from" - camaraderie keeps pulling Davey back in
1 month ago
De Búrca keeping positive as Fenton and Hegarty are the top dogs
Next Page