For number four, we take you on a journey to the strange world of the International Rules series

We're another day closer to Christmas and to celebrate this massive, landmark achievement of the passing of time, we bring you another sports photograph that has been Christmasfied for your viewing pleasure.

We've already crossed GAA, rugby and soccer off the list, so next up we bring you an edited pic from the lovechild of our national game and Aussie Rules, the strange beast that is the International Rules series. It used to be very popular but the buzz surrounding the event has dwindled somewhat in recent years. Nonetheless, if nothing else, it can still be used as an outlet for us to get you in the mood for Christmas.

So here's Australia's Luke Hodge and Michael Murphy of Ireland taking part in the always entertaining holiday tradition of pulling a Christmas cracker. Their technique leaves a lot to be desired. They're not going to win many miniature plastic hair clips or hackneyed jokes on microscopic pieces of paper like this. 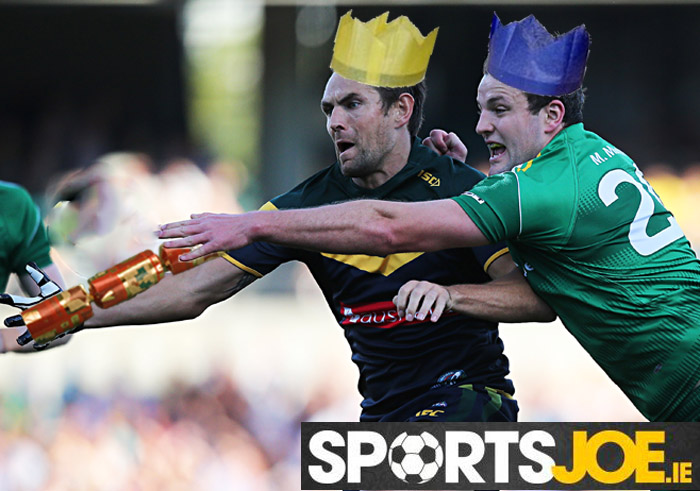