Declan Darcy has been by Jim Gavin's side since 2003.

At the beginning of that year, the pair were informed by then Dublin manager Tommy Lyons that they wouldn't be part of his Dublin panel for the year ahead. Lyons did have a proposition for the pair though, stressing that they should take on a coaching role with county's under-21 team.

That they did and by the end of the year, Dublin had won the All-Ireland under-21 title. This journey was only getting going.

Almost 17 years on and Dublin football has been transformed. Last November, Jim Gavin closed the curtain on one of the most decorated managerial reigns in GAA history and his right hand man Declan Darcy spoke about the meticulous magic that made Gavin such a successful manager on Thursday's GAA Hour Show.

Darcy's insight, was a precise one.

"I'd been with Jim since the very start, I know him really well. He's put in a massive, massive shift for Dublin. I think people don't realise the work he has put in. I've seen him in operation, his drive, his determination, his resilience, it's phenomenal what he's done, and he has a young family at home too. 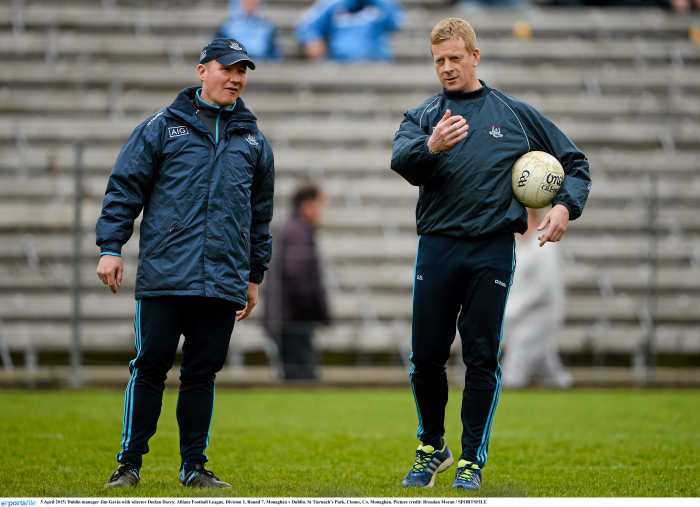 "There's a whole lot of stuff, he has a pretty important job as well, people might see him and they'd be like 'why did he step down,' but there's a lot of things we would have noticed. Axel Foley down in Munster...sometimes sport can overwhelm you with effort and work. There is a life to live outside of football. Sometimes you just need to take a breath and just for Jim's sake, for health and everything else, it was time for him to take a deep breath..."

The Assistant Director of the Irish Aviation Authority by day, Gavin's job is high responsibility and very demanding but the fact that he was able to hold it down while managing Dublin to such obsessive levels spoke volumes.

Despite the demands, Darcy adds that it was still an extremely difficult decision for Gavin to call time on his managerial career, such was his bond with the players. 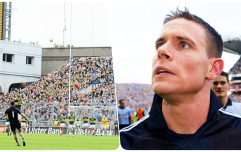 END_OF_DOCUMENT_TOKEN_TO_BE_REPLACED

"If anything delayed him, it would have been his connection with the players, struggling to let go. As a management team, that's what caught us the most, the day that Jim announced that he was calling time, that was the toughest day, that was hugely tough to be in that room and to experience the emotions. I think we underestimated that.

"What a worker though, man, he put in some shift. And he left his county in one brilliant position." 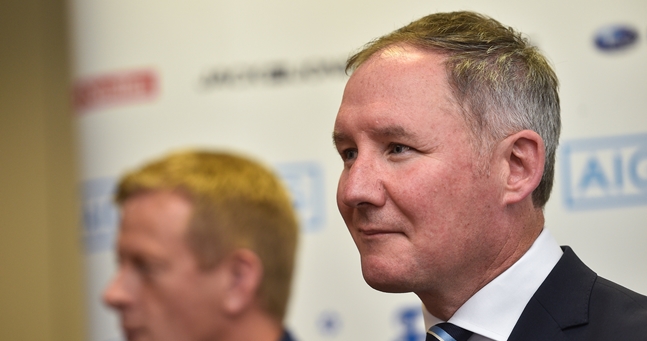 "What we chased was not the winning or losing of a game, we chased our standards of football. So we would have our own standards and it's a great way to look at football. It takes away the emotion of whether you lose or win, because sometimes you can equally learn as much in winning as you can in losing...So that's where we reviewed the games, individually and collectively, we stripped back the winning or losing of it and it was just, how did we function. Then learning from it for the next day..." 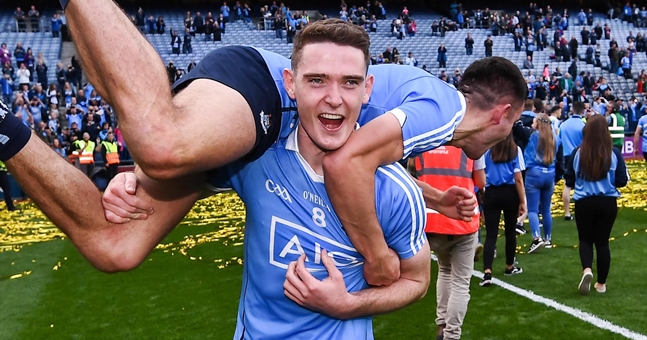 "A lot of people thought he was pulling that out of the hat (the process), just saying that, but a lot of it wasn't. The exceptional bit about that Dublin team was that in the white heat of championship, they functioned well and they focused on what they had to do..."

And the best is saved 'til last. Often, Gavin was criticised for not displaying emotions after big wins. Darcy explains expertly.

"Our rationale always would have been, the players are number one. After a game, we didn't want to be seen jumping around Croke Park. It wasn't our day, we've had our day in the sun playing football, and the management just take a step back on game day. It's not your day, it's their day..."

If there's another man like him, he'll be some man.

You can listen to the full Declan Darcy interview here.

popular
Cristiano Ronaldo snub wipes billions off Coca-Cola’s market value
"The guy's a genius. He is one of the greatest players of all time" - Roy Keane
Paul Gascoigne reckons he was a better player than Foden, even when he was drunk
When Roy Keane calls a tackle "an assault", you know it must be bad
Paul Pogba does a Cristiano Ronaldo on it, Heineken gets the nudge
Ronaldo removes Coke, shows off the drink of champions in pre-match conference
Can't imagine Rangers fans were happy about what Ronnie Whelan called Scotland
You may also like
3 days ago
Dunne's stunner sends Dublin on their way to emphatic win over Mayo
1 week ago
Even after all these years, McCarthy still the man they all have to catch at Dublin training
1 week ago
"I think the likes of Joe Brolly has to be a bit more empathetic. I'd be very adamant about that"
1 week ago
Let's stop the messing and ban the fisted point for once and for all
2 weeks ago
After losing her hurl, Meath captain blocks with nothing else other than her bare hands
2 weeks ago
Dean Rock vs Cormac Costello - Dessie Farrell has a huge decision to make this season
Next Page