"The Monaghan players are a very special bunch of men."

Monaghan boss Seamus McEnaney has resigned in his role as Senior Football manager.

Just one day after James Horan announced he was leaving Mayo, Banty has now done the same, stepping away from the Monaghan job.

Like Horan, this was his second stint in charge of his county, and it was actually a loss to Mayo that was his last game in charge of the Farney county. 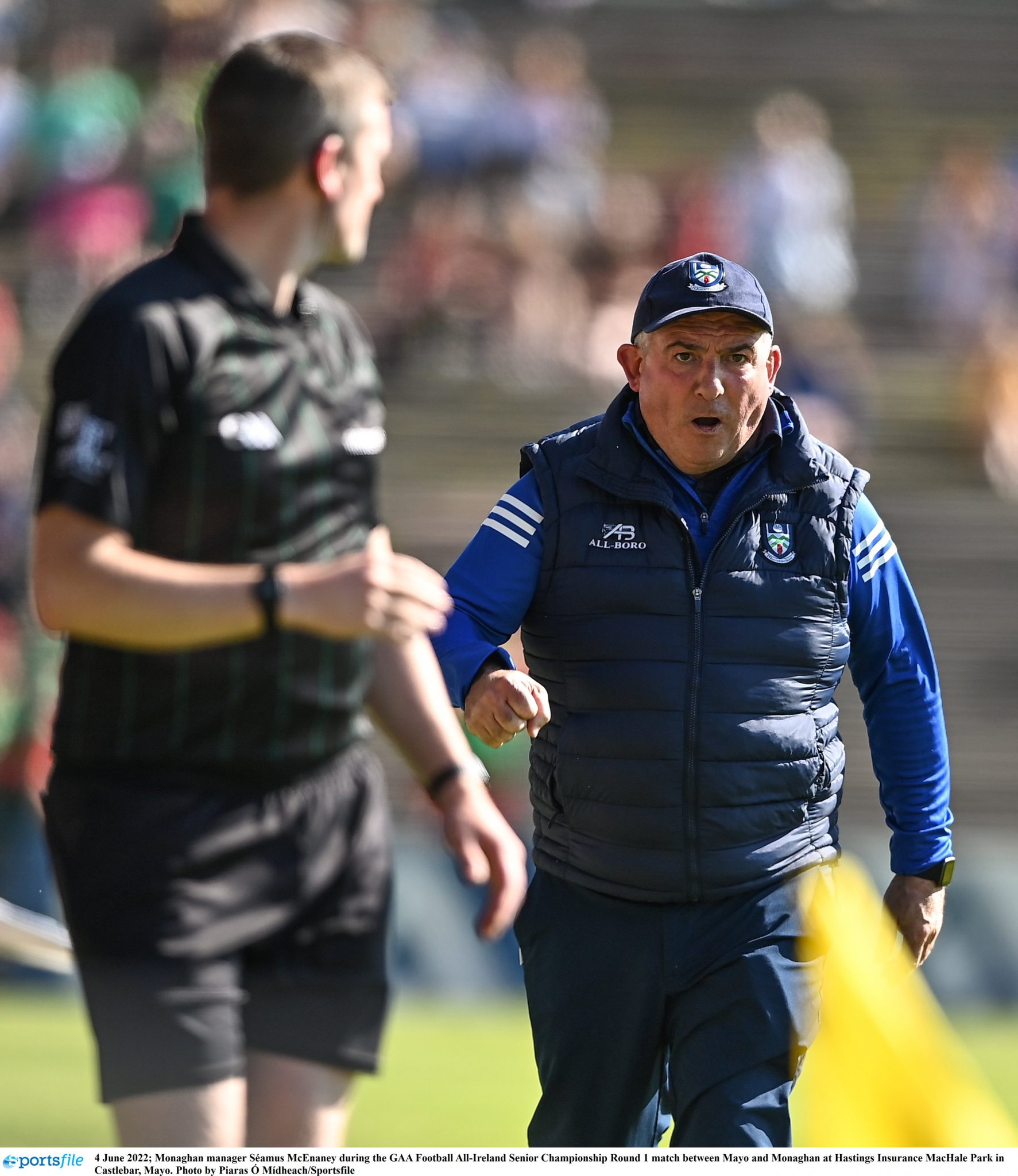 END_OF_DOCUMENT_TOKEN_TO_BE_REPLACED

In a statement, McEnaney said: “I would like to announce that I will be stepping down as Monaghan Senior Football Team Manager with immediate effect.

"At this time, I would like to thank Monaghan County Board for their unwavering support for me and my management team and players over the course of the last three years.

"I want to thank each and every member of my management team and backroom team for their enormous contribution and commitment in pursuit of success for the Monaghan Senior Team under my stewardship. 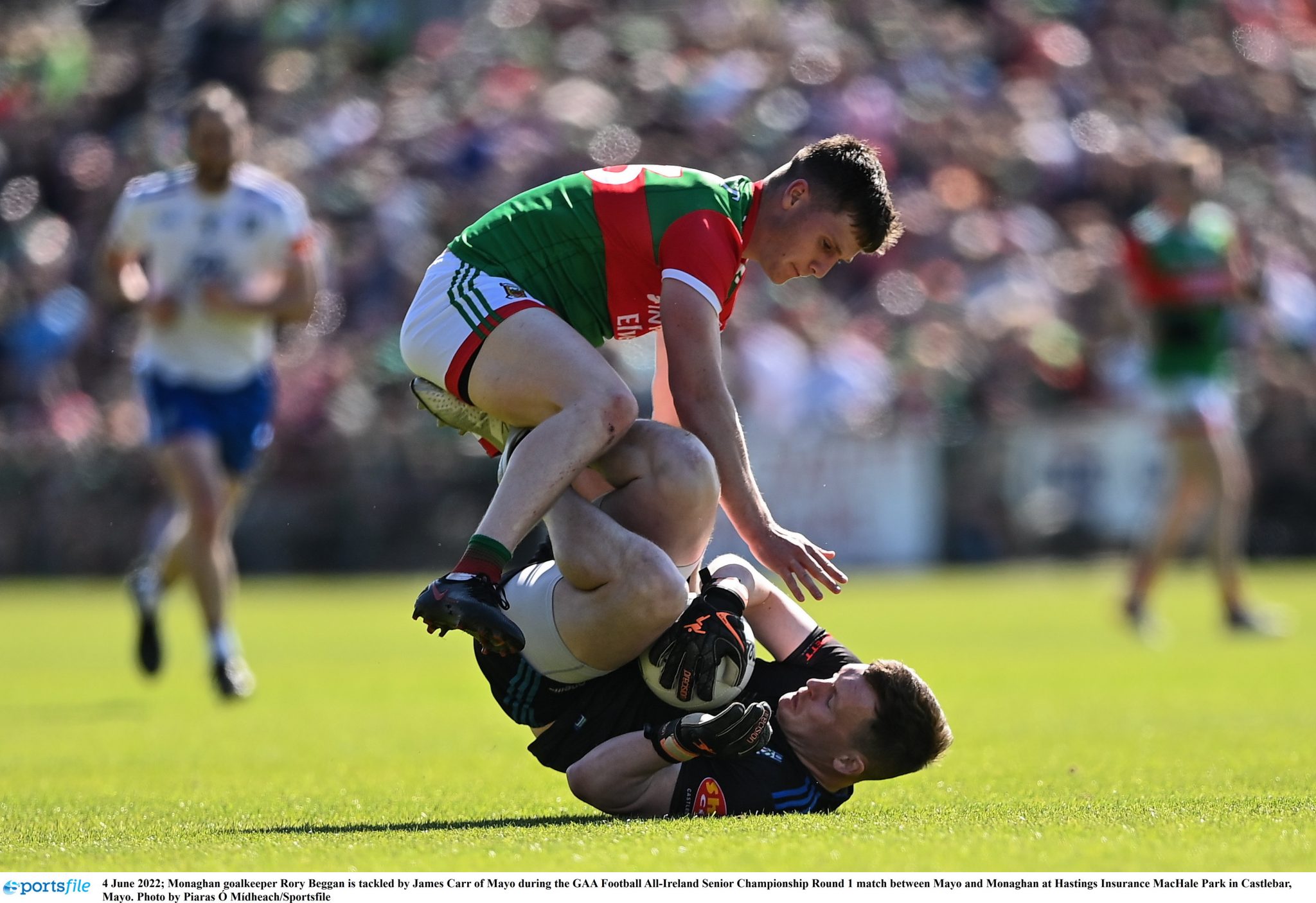 END_OF_DOCUMENT_TOKEN_TO_BE_REPLACED

"I want to thank Rosie and my entire family for their steadfast loyalty, tolerance and sacrifice in light of the time away from them that the role as an intercounty manager demands. Family are not only important. Family is everything.

"The Monaghan players are a very special bunch of men who have been fantastic ambassadors for the people of Monaghan in the past and during my term as manager.

"I have no doubt that they will continue to represent this great county with pride and distinction into the future. 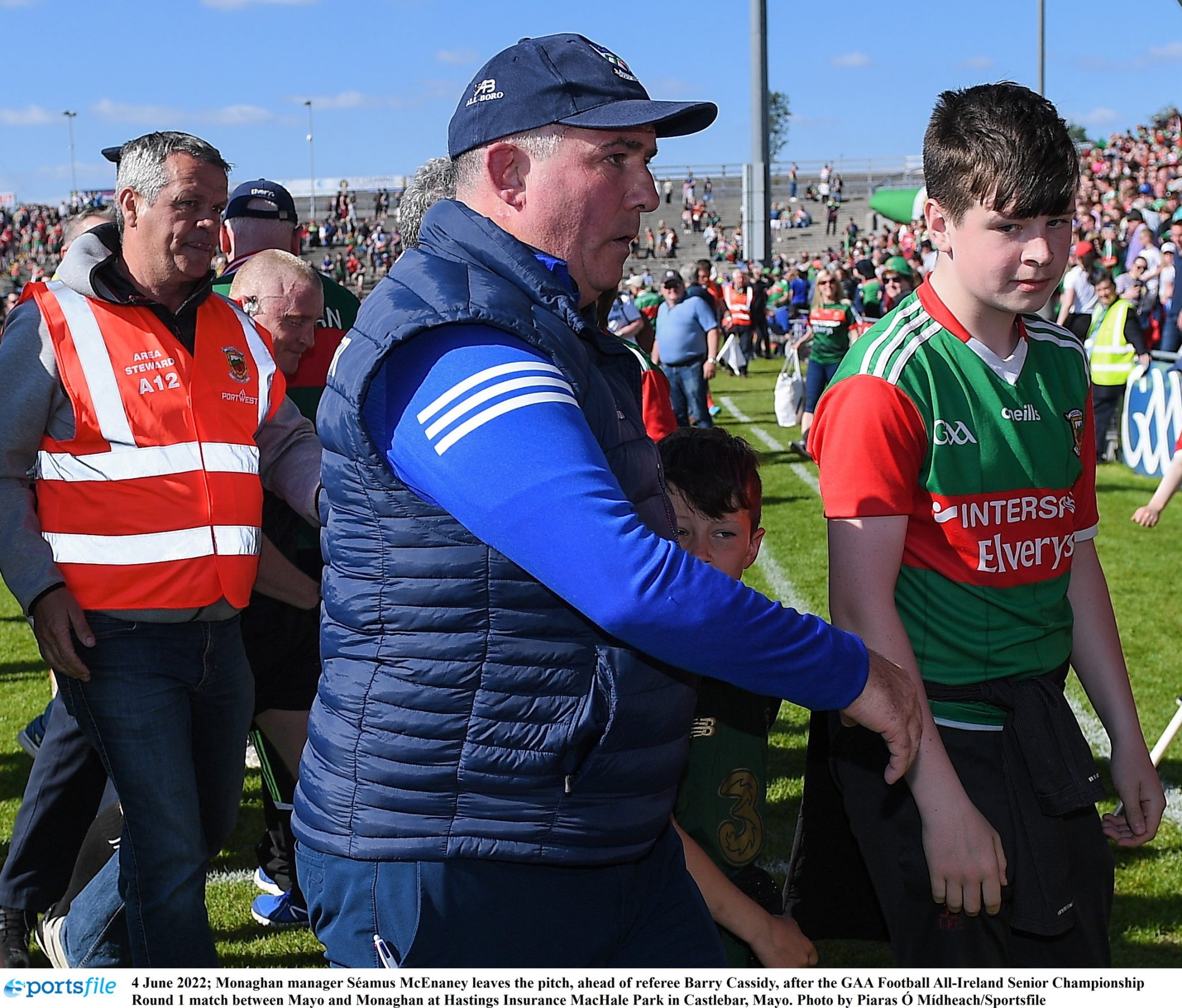 "I want to conclude by thanking the fantastic gaels of Monaghan who always supported the Monaghan team and who lifted our team performances with their passion and fervour from the stands.

"I will now return to help my club and have the privilege of being a Monaghan supporter in the stands again.


popular
Argentina reach World Cup last-16 with convincing win over Poland
"Nowadays, even if I don't hit a ball, I don't care as long as we win" - Gleeson learning from the past
World Cup 2022 Day 11: All the major action and talking points
Cristiano Ronaldo 'agrees £173m-a-year deal' with Saudi club
The FootballJOE Qatar World Cup 2022 Geography Quiz
Thibaut Courtois warns teammates after leaks emerge from Belgium camp
World Cup 2022 Day 10: All the major action and talking points
You may also like
3 weeks ago
Munster, Connacht and Ulster GAA clashes stack your TV guide this weekend
3 weeks ago
Jamie Clarke takes sabbatical from soccer to commit to Crossmaglen
4 weeks ago
Paul Finlay reveals secret to high performance in your late 30s
4 weeks ago
The one moment that shows why David Clifford is the best player around
1 month ago
Quiz: Can you name these intercounty GAA teams from their nickname?
1 month ago
The five most unlucky players to miss out on an All-Star
Next Page