Wait in the wings and your chance will come.

Ross King has been 12 months waiting. But his moment arrived on Sunday.

We all know what happened in last year's Laois SHC final between Rathdowney/Errill and Camross. A disgraceful belt, and the fall-out that followed had Ross King contemplating whether he'd ever line out for Laois again.

And nobody could have blamed him for drawing a line in the sand.

Thankfully, Eddie Brennan came in and talked King around. He's had his best ever year in a Laois jersey since.

First it was the barnstorming championship run that made Laois the story of the hurling summer. The Rathdowney Errill forward was at the centre of it all. His sharp-shooting throughout the Joe McDonagh and against Dublin was pivotal. His goal against Tipperary in Croker was the stuff of dreams. 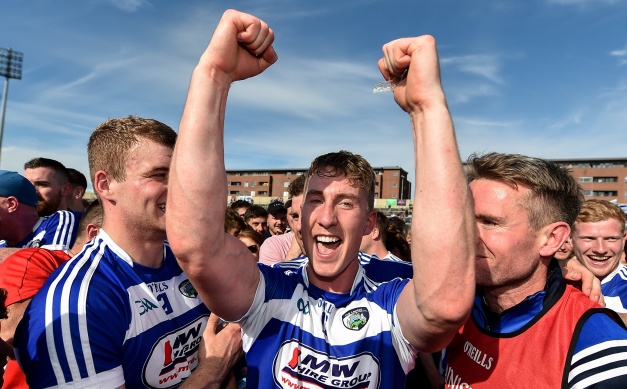 But this, in O'Moore Park, was the real moment Roddy King had been waiting for.

Camross in the Laois SHC semi-final a full 12 months on from that dark day. Rathdowney Errill had the chance to exact the demons of last year and eliminate Camross from the championship. Game on.

That's exactly what they did. In a game that was strangely low on quality in Portlaoise, King saved the best until the very last. 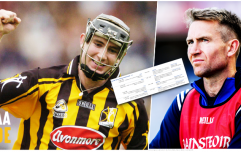 END_OF_DOCUMENT_TOKEN_TO_BE_REPLACED

What goes around comes around.

Two points down heading into injury time, Rathdowney Errill looked a beaten docket. Camross were in total control and they were on their way to another Laois SHC final.

But that's when Paddy Purcell lengthened those long legs and that's when Ross King smelled an opportunity. The clock was nearing 60 as Purcell played a ball into his full forward who had gotten out in front of his man.

Time was against them now. Chances were running out. This was it.

The first touch wasn't perfect, it didn't need to be. King took it down and suddenly you sensed there was something on. After a quick glance at the goals, King stunned every single person in Portlaoise with a bullet of a snapshot into the corner of the net.

The keeper didn't get near it. Rathdowney Errill went mad and they held onto win by a single point on a scoreline of 1-15 to 0-17.

Watch the video of the goal here from Laois Hurling.

A full 365 days on from last year's fall-out, this was a sweet one for King.