"It's your responsibility to get your first touch right, it's nearly a form of therapy"

If you're going to make it as a hurler, you'll need to do a lot more than just train.

Training is when a manager issues tactical advice and instruction. It's when the basic skills of the game are practiced and refined but before you make it over to the field, it's imperative that you have your those basic skills ready to go.

Striking the ball should be second nature and so should catching and controlling it. These skills will come after hours upon hours of practice at the gable end of the house or on the wall-ball as a couple of youngsters from the Clooney-Quin school in Clare showed off during the week.

Striking, footwork and and catching, that's what it's all about.

You can't beat the ball wall.

Some going in @ClooneyQuinGAA, Clare.

As Brian Carroll & Cheddar agreed on the GAA Hour show

"It's your duty and not your coaches to have good first touch. That time has to be put in on wall-ball/gable end of house..."pic.twitter.com/j9Jlv33Pi0

The only way a player will learn the different skills and ball-manipulation moves is by exploring and testing themselves on a consistent basis.

Wall-balls are becoming more and more common in hurling clubs all over the country nowadays and former Coolderry and Offaly hurler Brian Carroll stressed the importance and benefit of wall-ball practice on Thursday's GAA Hour Hurling Show.

"I grew up playing on the old, traditional ball-walls in Kilkenny when I was in school in St Kieran's College and they used to be great because they had the side walls and a concrete floor as well...The astro-turf floors are in now too and there's a good bounce off those too..."

"I've always said this, it's your duty, and not your coaches to have a good first touch. Going to training should be to refine skills, you shouldn't have to be wasting the coaches' time working on your touch for months upon months. It should be about quickening things up in training - that time has to be put in away from the field..." 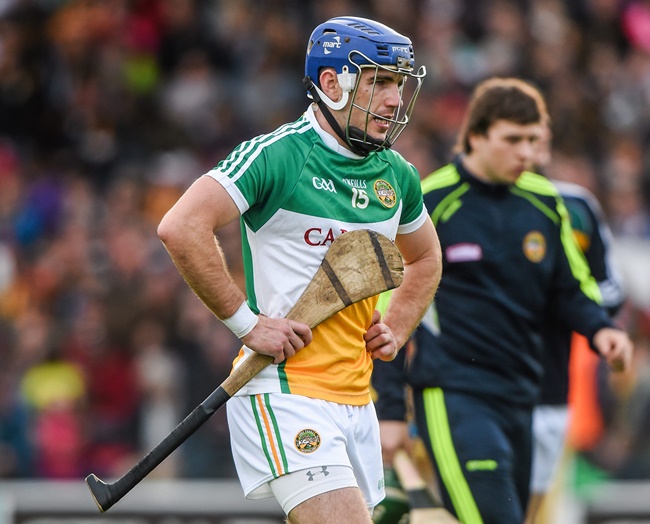 END_OF_DOCUMENT_TOKEN_TO_BE_REPLACED

"The ball-wall is a luxury essentially too, it doesn't have to be a ball-wall, it could be the gable end of the house - I've done it for years myself. There is that 10'000 hour rule for any elite sports person, no matter what sport it is, that they generally have to put in 10'000 hours of practice between eight and 18 - that roughly equates to two hours a day of practice..."

"Anyone playing inter-county hurling would have put that time in..."

Cheddar Plunkett sings off the same hymn sheet, and noted that it was like a 'form of therapy' for himself and the youngsters in Portlaoise growing up.

"Crucial to sharpening the speed and touch of the hands and all that...You'd spend hours at it, it was nearly a form of therapy...Myself and Pat (Critchley) would have spent hours and hours. It is your own responsibility to get your first touch right.

Here are some of the best wall-ball drills to focus on.

You can listen to the wall-ball discussion from Thursday's GAA Hour Show here.