A referee's pain, Gregory's interception and Tipp's revival - a weekend in hurling

So good the mentors wanted to join in.

Gregory Kennedy is 11 years retired from Galway hurling. Each passing one has hurt more. It was always going to boil over and after years of holding it in, he eventually cracked on Saturday evening.

And so the hurling championship for 2019 kicked off with an almighty bang.

It's not like it needed Kennedy's intervention. Padraig Walsh was already half way to lighting Nowlan Park up with the catch of a lifetime. Equally amazing in its acrobatics, its fearlessness and its skill.

Speaking of skill. TJ Reid. His goal was a work of Ballyhale art and the swiftness and slickness of its execution was something only the best players can conjure.

What a goal for Kilkenny's TJ Reid!! pic.twitter.com/cRBPUUbHJR

That's what separated Kilkenny from Dublin.

If Saturday was teetering, Sunday took off.

END_OF_DOCUMENT_TOKEN_TO_BE_REPLACED

Shane O'Donnell arrived back from Harvard with a brain as fast and a touch as sharp while Tony Kelly and Austin Gleeson shot the sun down.

Across the province in Cork it was the turn of Tipperary and the Rebels. The Premier were hungrier. Cathal Barrett was like a terrier just let out of the kennel while Bubbles, Callanan and John McGrath were as scorching as the south west sun.

Then you had Carlow's Marty Kavanagh giving the Galway backs a hiding in Pearse Stadium. They're here to stay now too.

SportsJOE is partnering with Centra this year for the hurling championship and here’s a look at the best coverage from the first weekend.

Darragh Fitzgibbon didn't spare Kilkenny referee Sean Cleere with a ping to the back of the head and with some late decisions going against them, the Cork crowd felt it was some kind of retribution.

"Some development there," is right. "Incredible."

Some development there, incredible

No sooner is he back in Ireland than he has Noel Connors chasing his tail. O'Donnell is at this stage one of the most lethal forwards in the game.

Just look at the faces in the crowd.

Himself and Davy Fitz will have some craic next weekend.

Wait until you meet Davy next week young man !!

There's no sight better than John Bubbles O'Dwyer on a point-scoring roll.

Love watching bubbles in this form.. some hurler and 7 points from play 👏🏻👏🏻👏🏻#CorkvTipp #WeAreHurling #MunsterHurlingChampionship

Player of the weekend?

He who laughs last, laughs longest 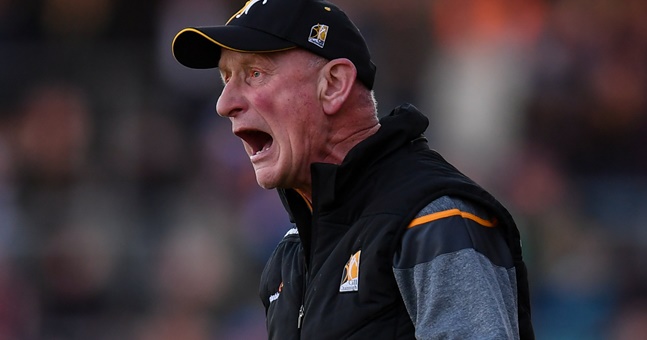 
popular
The SportsJOE 12 o'clock quiz | Day 136
The diet of a modern day rugby player compared with a top jockey
The daily diet of Manchester United midfielder Jesse Lingard
James Ryan's misfortune opens Leinster and Ireland doors for Ryan Baird
COMPETITION: Answer this survey for a chance to win a fabulous stay at the Trident Hotel in Kinsale
"It's not about winning at underage. It's about building players and building people"
Jadon Sancho to earn eye-watering salary at Manchester United
You may also like
2 months ago
Seven-time All-Star Goldrick using time off to strengthen and improve
4 months ago
"Sometimes sport can overwhelm you, it was time for him to take a deep breath"
4 months ago
Dublin hurler Mick Carton back on the mend after winning another battle
4 months ago
"I'd spent hours and hours honing my left foot with my dad when we were young"
4 months ago
April club month a goner as virus threat causes longer delays
4 weeks ago
"We haven't got that excuse anymore" - Kickhams primed for Dublin championship
Next Page