It's going to be wedged at the weekend.

July 22-23 is going to be a busy weekend of sport down in Cork as the All-Ireland Senior Hurling Championship Quarter-Finals are taking place.

The newly developed Páirc Uí Chaoimh will host the two SHC quarter-final games. Defending champions Tipperary face Clare on Saturday and Waterford and Wexford play each other on Sunday.

A sell-out crowd is expected for both games meaning the city is going to be jammed for two days and travel advice has been issued to all four sets of supporters who are travelling at the weekend. All who head along are definitely in for a treat:

These pictures are unreal https://t.co/QCCdTdCw1s

According to WLRFM, fans are being advised that there will be severe restrictions on parking anywhere near the stadium and the advice is to arrive early and to park and ride or walk to the stadium.

Gardai will be on duty at Killeagh and all other areas where delays are possible ensuring traffic will run as smoothly as possible.

In terms of parking, people are being advised to park up in the city centre and there are regular shuttle bus services to Páirc Uí Chaoimh.

Q Park is offering discounted Match Day parking at a fixed rate of €5 for those heading to the game and the offer will run from 10am to 8pm on both days but applies to City Hall and Carroll's Quay car parks only. Tickets must be booked midnight before the game and can be bought on the ground's website by following the Q Park link. 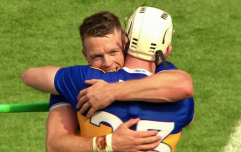 END_OF_DOCUMENT_TOKEN_TO_BE_REPLACED

If you are arriving by bus, the route 202 service goes every 20 minutes to the pitch from Merchants Quay which is beside the Bus Station.

Supporters arriving by train to Kent Station can avail of a bus service from 1:30pm which will serve Parnell Place and pass by the pitch on its route.


popular
Rob Kearney taught a classic GAA lesson when he tried to have the craic in second game back
Shane Lowry had no problem setting reporters straight at Ryder Cup briefing
The scenes in Newbridge as the biggest hit and hope ever knocks Moorefield out
How one text message a teammate sent Kieran McGeary proves that Tyrone's success was a team effort
Conor McGregor nearly hits Chicago Cubs fan with wild first pitch at Wrigley Field
When Liam Brady lit into Brian Clough for his dismissive Mick McCarthy comments
Kieran McGeary on his relationship with Mickey Harte and his role in Tyrone's success this year
You may also like
2 years ago
If you can name every stadium in our GAA ground quiz you deserve an All-Ireland medal
2 years ago
Only a true GAA expert will get full marks in our county crests quiz
3 years ago
Limerick fan charts epic journey from Dubai to All-Ireland glory in Dublin
3 years ago
Declan Hannon praised for change of position, and change of heart, that drove Limerick on
3 years ago
Limerick's gesture to injured Paul Browne did not go unnoticed
3 years ago
Joe Canning's actions when Galway were dead and dusted are part of what makes him great
Next Page