How did he do that?

David Clifford starred in East Kerry's victory over Mid-Kerry to win the senior county championship, but there was one moment that shows why he is simply the best around.

East Kerry are senior county champions, and a lot of that is to do with the incredible performances of one David Clifford.

The four-time All-Star kicked an unbelievable 1-09 in yesterday's final, just two days after collecting the Player of the Year award following his wonderful season a county level. 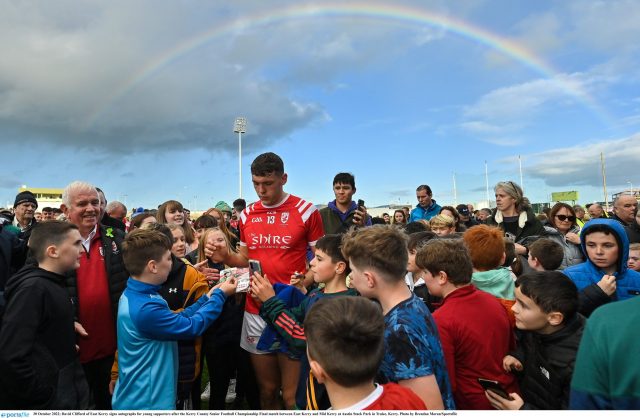 END_OF_DOCUMENT_TOKEN_TO_BE_REPLACED

East Kerry were fairly dominant throughout the game, eventually winning 1-16 to 0-10, and Clifford's goal was certainly a highlight.

James O’Donoghue, Jonathan Lyne and the Clifford brothers; all Kerry men who have lifted the Sam Maguire for their county, were involved in the wonderfully worked goal.

Why is he so good?
Practice? Yes, he’s incredible technically
Athleticism? Yes, he’s a superb athlete.
For me though it’s his humility, attitude and the disciplined choices he makes.
Named player of the year he shows up 2 days later for his club and
Does His Job pic.twitter.com/qX66UfUSUv

However, there was one moment that really highlighted the brilliance of this once in a generation player, and although it wasn't as glamorous as beating four or five men before lobbing the keeper, it showed that Clifford's best strength is in fact his unfettered determination to win every single ball.

END_OF_DOCUMENT_TOKEN_TO_BE_REPLACED

On a wet day, with a dirty ball being skidded in at his feet, the flying forward not only managed to dive head first onto it before stopping it cleanly in his chest, but used the momentum of his own fall to tumble himself over back onto his feet.

Whilst doing this, he still shrugged off the challenge of his marker, and pushed away from him to make just enough space, before slotting the ball over the bar. 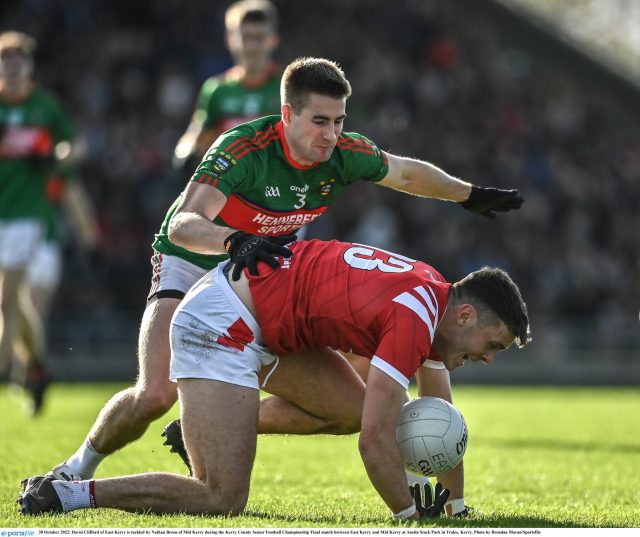 If you were to freeze the clip at the point where Clifford is on the ground, with the ball barely in his grasp, and were then told that he would kick a point just three seconds later from that position, you would find it hard to believe.

However, the 23-year-old is making believers out of all of us as he continues to dominate the game, and does so in style.

You may also like
1 day ago
The SportsJOE Friday Pub Quiz: Week 9
1 week ago
Lidl launches One Good Club in support of youth mental health
2 weeks ago
Lee Keegan reveals who the toughest person he ever had to mark was
2 weeks ago
Paudie Clifford had the only response needed after being cleaned out by vicious elbow
3 weeks ago
O'Byrne Cup reduced to farce as Offaly withdraw from competition
2 weeks ago
"Those turnovers and tackles, they're really vital to the team" - Mullen relishing midfield role
Next Page