Some weekend for it.

With hurling taking over everywhere else, Kerry and Meath were the only counties to run off a round of their senior football championships last weekend.

In Kerry the set-up is slightly different with the county having two championships - the club and the county - and with the fixtures well ran in the south west, the club final will take place next Sunday.

That will be a meeting of old rivals Dr Crokes and Austin Stacks after the clubs topped their respective groups in the Kingdom.

Here's a round-up of the weekend's fixtures.

After suffering a shock defeat to Rathmore last time out, Dr Crokes bounced back with a four point win over Kerins O'Rahilly's on Saturday night. AIB Club Team of the Year member Tony Brosnan was the main man in corner forward, while the always lively Jordan Kiely chipped in with his trademark goal.

He's been confined to the role of super sub in the last few years, but the 22-year-old is surely gunning for a starting berth this year. Meanwhile, Brosnan can't be far off that Kerry call-up. 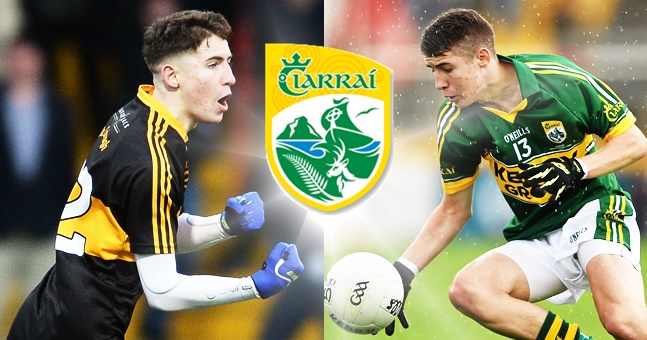 It would be amiss to write off any of the other six clubs still standing. Kilmacud Crokes are a s...

It wasn't all good Crokes however, with their lightning half back Gavin White subbed off with a shoulder injury in the second half. Kingdom folk will be hoping it's not too serious with championship only around the corner.

Elsewhere, Kieran Donaghy chipped in with a point as Austin Stacks defeated Kenmare Shamrocks in the other group. Sean Quliter was the main man for the Stacks, kicking 0-4 for them.

In Meath, the reigning champs St Peter's Dunboyne were defeated by the Wolfe Tones of Meath. Simonstown meanwhile, had a good win over St Colmcille's.


popular
James Haskell on text exchange with Peter O'Mahony after Ireland's victory over Scotland
Can you name every English football club that begins with 'W'?
The SportsJOE 12 o'clock quiz | Day 105
The SportsJOE 12 o'clock quiz | Day 103
"He just walked out the door without saying goodbye or anything. It was just so Axel. It was so perfect."
"The academy boys have turned into small monsters over the past few weeks" - Peter O'Mahony
Ronan O'Gara shares class Johnny Sexton story ahead of World Rugby awards
You may also like
2 months ago
Closed doors no issue for O'Brien
3 months ago
"I'd play 18 holes of Pitch n Putt" - Jack O'Shea's All-Ireland final prep pure class
3 months ago
St Patrick's day memories: Rural Caltra with one of the great underdog triumphs
3 months ago
"I was kind of going 'I'm not a Kerry player" - Donaghy's story a brilliant watch
4 months ago
Mayo issue update on crunch Allianz Leagues clash with Kerry
4 months ago
David Clifford sent off for focusing on the game instead of pulling jerseys
Next Page