It would be amiss to write off any of the other six clubs still standing.

Kilmacud Crokes are a serious outfit and so are Portlaoise and Ballintubber too.

But for now, no team looks to be operating in the same league as Corofin and Dr Crokes. Seeing as the draw keeps Munster and Connacht apart in the semi-final, the possibility of a dream final between two of the most attractive, attacking teams in the country remains alive.

What a game that would be.

The bookies don't see much between them either, with Corofin the 6/5 favourites to retain their title and Dr Crokes just behind them at 2/1 to regain the Andy Merrigan Cup on St Patrick's day.

The teams clashed once in recent years, in the 2017 All-Ireland club semi-final. The Kerry outfit were comfortable winners that day and one of their main difference-makers was sub Jordan Kiely. He replaced Gavin O'Shea at half forward and he put the game out of Corofin's reach when he rattled the Corofin net just minutes after his introduction. 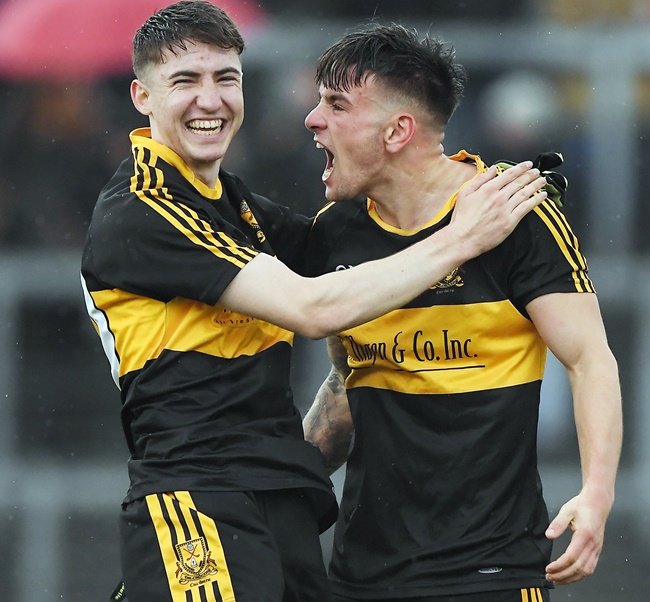 That was true to form for the youngster who was earmarked for big things in Kerry from a young age.

A Kingdom minor in 2014, Kiely enjoyed an explosive year as an under-18. He scored two goals in the Munster semi-final against Clare, another in the final against Cork. He kept up his blistering form with a crucial goal in the All-Ireland semi against Kildare before he notched two points in the final against Donegal, Kerry's first minor title win in 20 years.

Kiely was only getting started.

END_OF_DOCUMENT_TOKEN_TO_BE_REPLACED

He was a sub on the Kerry under-21 team in 2016 and 2017 though many with their finger on the pulse of Kerry football felt he could have been started. In 2017, he scored another goal after coming on as a sub in the All-Ireland semi-final where Kerry were beaten by Galway by four points.

All the while, he was lifting green flags out of it for Dr Crokes.

That goal against Corofin in early 2017 marked his arrival on the senior club scene and he continued that form up in late 2017. He scored two for his college UCC in a Cork club game before he scored this absolute beauty for Crokes off the bench in the county semi-final against West Kerry.

Honestly, look at the emphatic confidence of that finish.

He's picked up from where he left off again this year. He scored another two goals in the Kerry semi-final against Kerins O'Rahilly's from the bench.

He still hasn't made it onto the team - in fairness to the youngster - this is a forward line Colm Cooper can't even make, but he's the super-sub they call on when they need an injection of pace, energy and a goal.

Kiely is still only 22 and he has it all ahead of himself in the black and gold and the green and gold for years to come. For this year, he'll probably have to make do with the role of a super-sub, but what a deadly weapon he is for Crokes.


popular
Justin Gaethje tells Conor McGregor to wait his turn
QUIZ: Correctly identify these World Cup 2014 players from their stickers
The SportsJOE 12 o'clock quiz | Day 73
QUIZ: Can you name the Football Italia cult heroes? | Part 2
The SportsJOE 12 o'clock quiz | Day 72
QUIZ: The toughest football legends quiz you'll take today
SportsJOE 2000s Football Quiz | Round 3
You may also like
2 months ago
"I'd play 18 holes of Pitch n Putt" - Jack O'Shea's All-Ireland final prep pure class
2 months ago
St Patrick's day memories: Rural Caltra with one of the great underdog triumphs
2 months ago
"I was kind of going 'I'm not a Kerry player" - Donaghy's story a brilliant watch
3 months ago
Mayo issue update on crunch Allianz Leagues clash with Kerry
3 months ago
David Clifford sent off for focusing on the game instead of pulling jerseys
4 months ago
Two giants rise above the fray
Next Page