Naas have beaten Shinrone to explode onto the scene of the Leinster senior club hurling championship.

Charlie Sheridan, Jack Sheridan, Kevin Aherne and James Burke scored the goals as Tom Mullally's newly promoted men made light work of the Offaly champs, and showed everyone that they belong in the top tier.

Having won four Kildare titles in a row, this gifted bunch of young Naas hurlers only earned promotion to the Leinster senior grade when they beat Kerry's Kilmoyley in February's All-Ireland intermediate final. But they've certainly started as they mean to go on.

END_OF_DOCUMENT_TOKEN_TO_BE_REPLACED

They may be competing at a higher level now, and there will be tougher challenges to come, but on a landmark Saturday in St Conleth's Park, Newbridge - Naas showed that, down the line, they will pose a tough challenge for anyone.

In the end, the blue and whites were convincing winners of this quarter final clash, running away from the Offaly men on a final scoreline of 4-21 to 0-18. 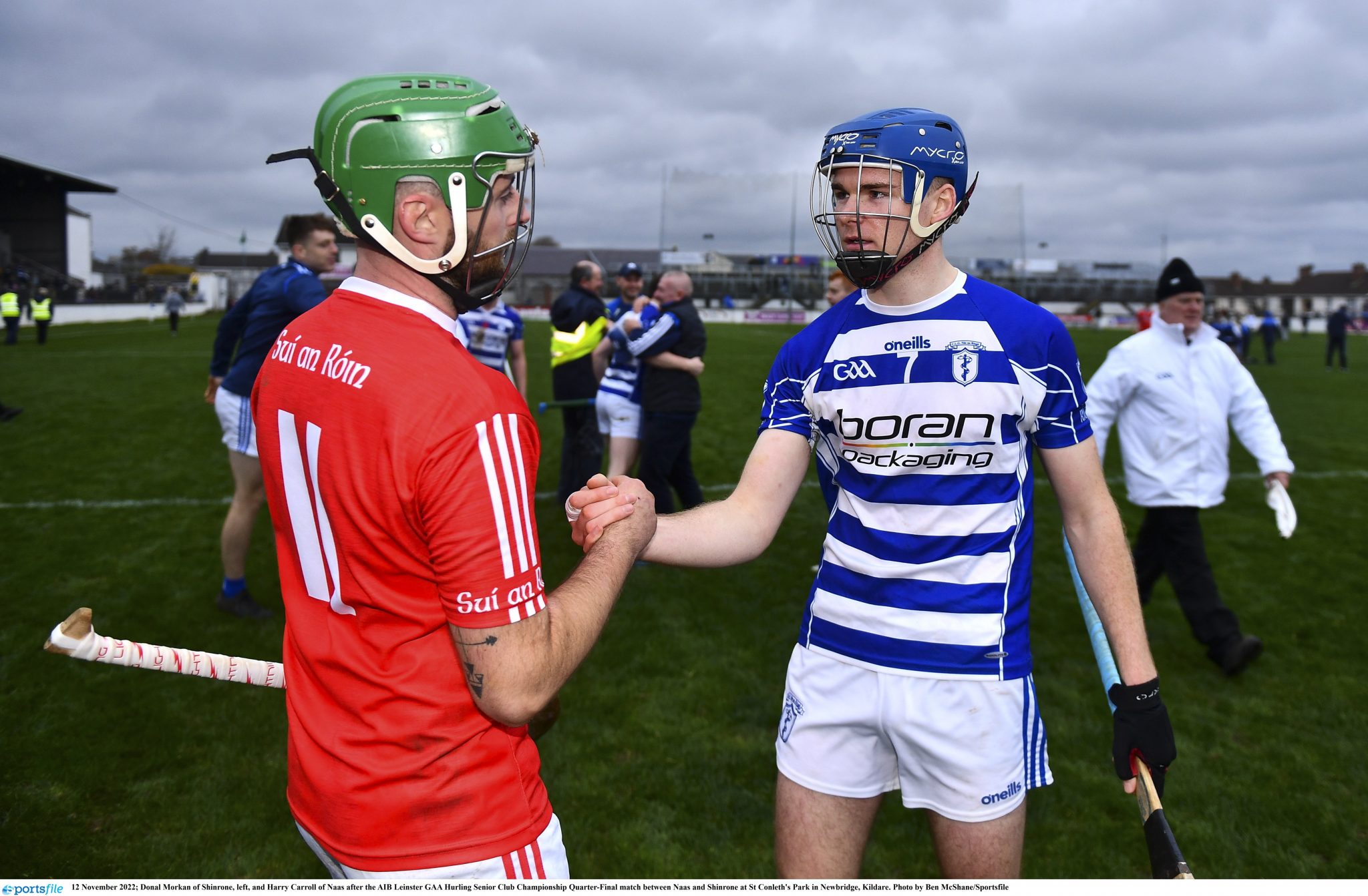 END_OF_DOCUMENT_TOKEN_TO_BE_REPLACED

Naas weren't the only team upsetting the Leinster hurling apple cart this Saturday, a day when the status quo of the intermediate competition was also turned upside down.

The Kilkenny champs have historically been the kingpins of this grade but, just as Naas knocked Glenmore out of it last year, Trim repeated the trick by defeating Richie Hogan's Danesfort in Nowlan Park today.

The Meath champs hurled well against the wind in the first half and, having only trailed by two points at half-time, they kicked onto win by 0-16 to 0-15 in the end. Corner forward Mikey Cole was very impressive for them on the day.

Meanwhile, in what was surely the tie of the round, Dublin's senior three champs Naomh Barróg of Kilbarrack defeated hot favourites Oulart-the-Ballagh of Wexford after a penalty shoot-out. The teams couldn't be separated by extra-time, with 2-22 to 1-25 the final score, but the Dubs' held their nerve to win 3-2 on penalties.


popular
Roy Keane reacts to Brazil's jubilant celebrations in first half demolition job
World Cup 2022 Day 16: All the major action and talking points
Portugal boss could strip Cristiano Ronaldo of captaincy
Rory McIlroy explains 'falling out' with Shane Lowry that lasted a few years
Roy Keane handled Gary Neville’s goal celebration as most Irish fans would
Roy Keane cracks up ITV pundits with description of Senegal supporters
Didi Hamann thought Brazil substitution was "disrespectful" to South Korea
You may also like
1 month ago
GAA JOE 2022 All-Star hurling team
1 month ago
Bray, Walsh and Mackey nominated for the top award in camogie
1 month ago
Shocks in Wexford, Leitrim and Monaghan on blockbuster day of county final action
1 month ago
"I'm a bit battered after it." - Shane Walsh comes through the wars to inspire Kilmacud Crokes
1 month ago
Seven passes, six players... Ballyhale plot their way to as good a team score as you'll ever see
1 month ago
Predicting the 24 biggest knock-out club championship games this weekend
Next Page