Let's get ready to rumble.

It's hard to believe it but of the 15 Mayo players who started in the 2017 All-Ireland final against Dublin, only four of them - in Lee Keegan, Aidan O'Shea, Paddy Durcan and Kevin McLoughlin - will start in tonight's All-Ireland semi-final against the same opposition.

For Dublin, eight players have survived from the '17 final as James Horan hopes that a young and new-look Mayo can finally break that Dublin duck. A huge blow to their chances is the loss of corner back Oisin Mullin - due to a quad strain - but in Eoghan McLaughlin they have a young, fast and fit replacement who plays the game with the same fast-paced style. Elsewhere, corner back Padraig O'Hora has recovered from his rib injury to start in the full back line alongside Lee Keegan and Michael Plunkett. 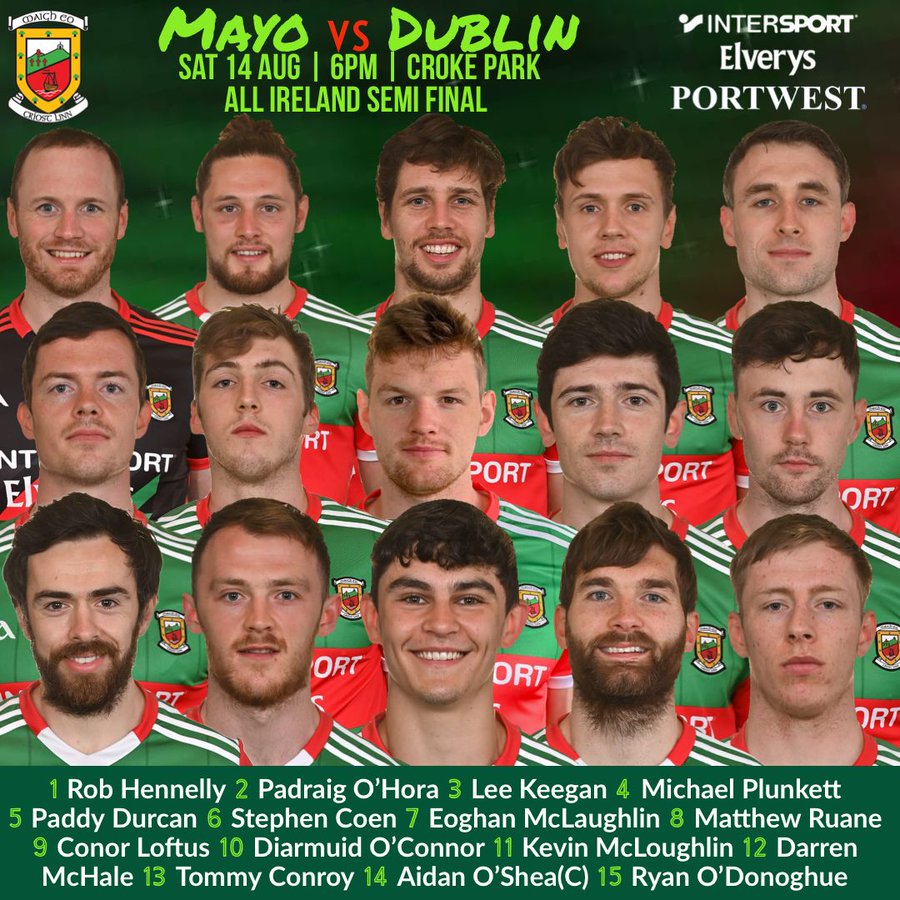 END_OF_DOCUMENT_TOKEN_TO_BE_REPLACED

Dessie Farrell's Dublin, meanwhile, are unchanged from their Leinster final win over Kildare with Eoin Murchan again missing out. Seam MacMahon has retained his place in the half back line with Rock, O'Callaghan and Costello forming a formidable full forward line. 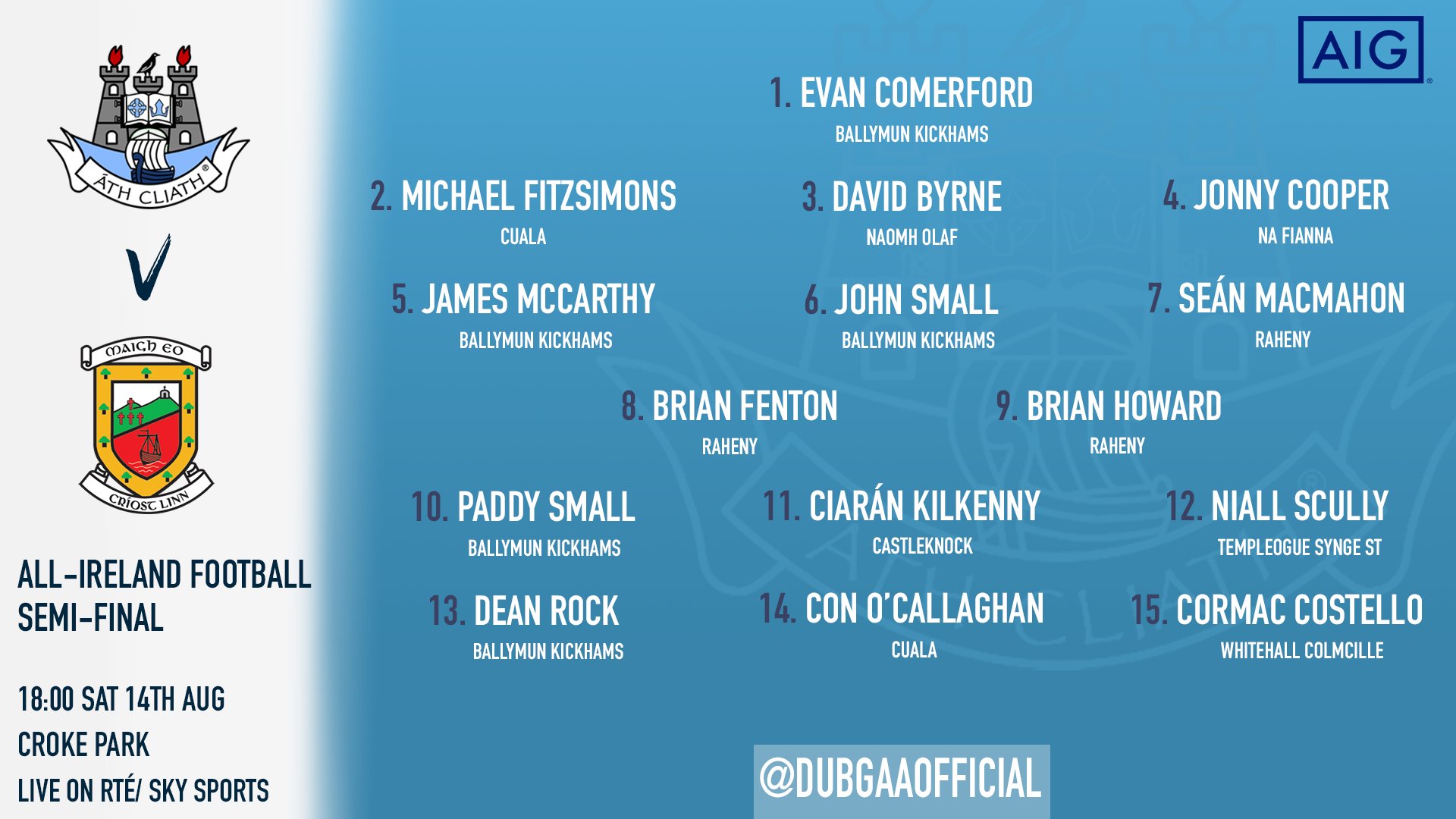 
popular
Rob Kearney taught a classic GAA lesson when he tried to have the craic in second game back
The scenes in Newbridge as the biggest hit and hope ever knocks Moorefield out
Rob Kearney on defying union "bigwig" that told him he'd never play GAA again
Kieran McGeary on his relationship with Mickey Harte and his role in Tyrone's success this year
How one text message a teammate sent Kieran McGeary proves that Tyrone's success was a team effort
When Liam Brady lit into Brian Clough for his dismissive Mick McCarthy comments
"Mayo have been back and back and back all the time. That's some resilience, to do that." - McGeary bats for Mayo
You may also like
2 weeks ago
"I do think Dublin were complacent, you could even see it in their play" - Briege Corkery
2 weeks ago
The scenes in Croke Park will have young girls saying 'why not me?'
1 month ago
"Someone needs to grab a lot of the Dublin guys by the scruff to say 'we don't want you soloing across the 45'"
1 month ago
"The pictures making out it was an elbow are a disgrace on John Small and his reputation as a footballer."
1 month ago
The show of respect between Lee Keegan and John Small is what Dublin-Mayo is all about
1 month ago
"It was a bad call by me" - McStay rows back on his commentary of McLaughlin hit
Next Page