This is the second time in a few weeks the Donegal captain has made the claim. Tyrone may have offered a glimpse of how it must be done.

Michael Murphy and Donegal have settled on the only way teams have a chance of stopping Dublin on 'The Drive for Five'.

Jim Gavin's men overcame a slow start at Croke Park to cruise to their fourth All-Ireland title in four years and confirm themselves in the pantheon of GAA greats. They had six points to spare against a spirited Tyrone side that zipped out of the gate, finished with heart and took a beating in between.

END_OF_DOCUMENT_TOKEN_TO_BE_REPLACED

2-17 to 1-14 was the final score but Tyrone will feel they left five or six points out there, and rue Paul Mannion's tracking back from the half forward line prevented a certain Rory Brennan goal in the first half.

The last time Dublin were beaten in the championship was August 2014, when Jim McGuinness' Donegal weathered an attacking flurry - they were 0-8 to 0-3 down after 23 minutes - to punish them with swift, ruthless counters. Donegal won out 3-14 to 0-17 and the game is credited by many as the impetus for Dublin to revert to a more patient, possession-based game.

Murphy, who kicked 0-3 in that game, believes Dublin are beatable but only by embracing tactics that few would have associated with McGuinness' Donegal side. On The Sunday Game, the Glenswilly forward said:

"All the teams around the country, heading into next year, will try and take learnings from the All-Ireland and try to play the way Dublin are playing. But for us, and where we are, we have to go back and challenge. In Ulster, we have to try and navigate our way through that.

"We've kind of quashed our template that has got us a bit of success in the last few years and we're trying to go out and play a more attacking brand of football." 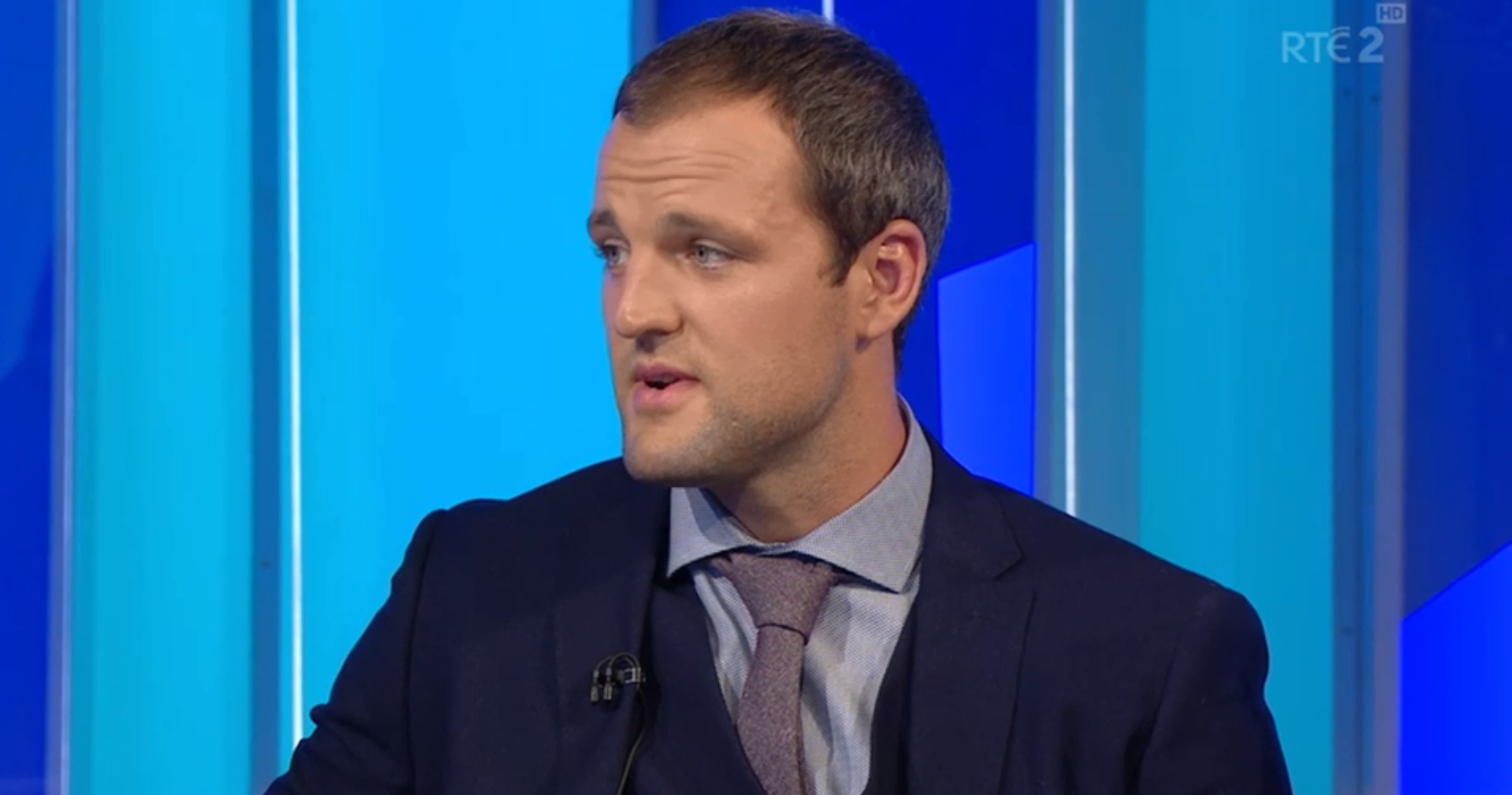 Building on Donegal's changes under Declan Bonner this year, Murphy touched upon something that could yet prove the undoing of this commendable Dublin side. Asked if Dublin's dominance was 'a bad thing for the game', Murphy hit his straps.

"C'mere, it's a challenge," he began, "and every team is going to have to step up to the challenge.

"Listen, Dublin are up there and they are up there on merit - without a doubt - but, for me, the biggest challenge that teams have is to score enough against Dublin.

"Everyone will go out and look at the Dublin team - and it is full of superstars - and you go out to try stop Dublin. Everybody spends all their time trying to stop them. But, at the end of the day, you need to be knocking up that 20-point score against them. And that's where teams are consistently and consistently failing.

"Until that happens, and teams get up and break that 20-point barrier, I don't see this Dublin team being beat."

END_OF_DOCUMENT_TOKEN_TO_BE_REPLACED

Donegal, without the injured Paddy McBrearty, got 0-16 against Dublin but they shipped 2-15 in return. However, the Ulster champions have made important attacking strides and will hope to kick on further in 2019.

When Joe Schmidt, as Ireland head coach, was plotting to beat the All Blacks for the first time, he came to the conclusion that his team could only do so by going at the world champions. By outgunning and outlasting them. By aiming to score four tries (at least) against them.

In 2013, Ireland scored three tries in the first half but dropped back to protect their lead after the break and were pipped at the death. In 2016, they got the four tries in the first 45 minutes. When the All Blacks roared back, it took a fifth try, from Robbie Henshaw, to finally topple them.

We'll note one thing about Murphy's noble stance - only one team has scored more than 20 points against Dublin in the last three championships.

Murphy is right but there is lots of work to be done.


popular
WATCH: Paul O'Connell proves for the umpteenth time that he's not like us mere mortals
Kieran Donaghy set to break 30-year-old club record this weekend
"He's one of the best athletes, if not THE best athlete I've seen in the last while"
Shane Walsh: 'That's not how I was coached to play football. No one was coached to play football that way'
Sean O'Brien shares some of the worst player forfeits from his Leinster days
Study shows GAA players more prone to binge drinking than their peers
Danny Mills forgets he's on air as he calls Man Utd 's***' on Sky Sports
You may also like
1 month ago
The scenes in Croke Park will have young girls saying 'why not me?'
2 months ago
"The pictures making out it was an elbow are a disgrace on John Small and his reputation as a footballer."
2 months ago
The show of respect between Lee Keegan and John Small is what Dublin-Mayo is all about
2 months ago
"It was a bad call by me" - McStay rows back on his commentary of McLaughlin hit
2 months ago
Diarmuid O'Connor made Mayo believe with a moment that will go down in GAA history
2 months ago
Aidan O'Shea gets into it with Philly McMahon as Mayo stun Dubs
Next Page