Dublin are All-Ireland champions for the fourth year in a row after coming back from four points down to break Tyrone hearts.

END_OF_DOCUMENT_TOKEN_TO_BE_REPLACED

The reigning champions got off to a slow start but a crucial penalty call, 17 minutes in, turned their fortunes and they blitzed Tyrone either side of half-time.

Mickey Harte's men got off to a flyer and Mark Bradley was causing headaches for the Dublin defence. In the middle of a Tyrone purple patch, Bradley pointed in style and then drew in two men before teeing up Tiernan McCann for an easy score. 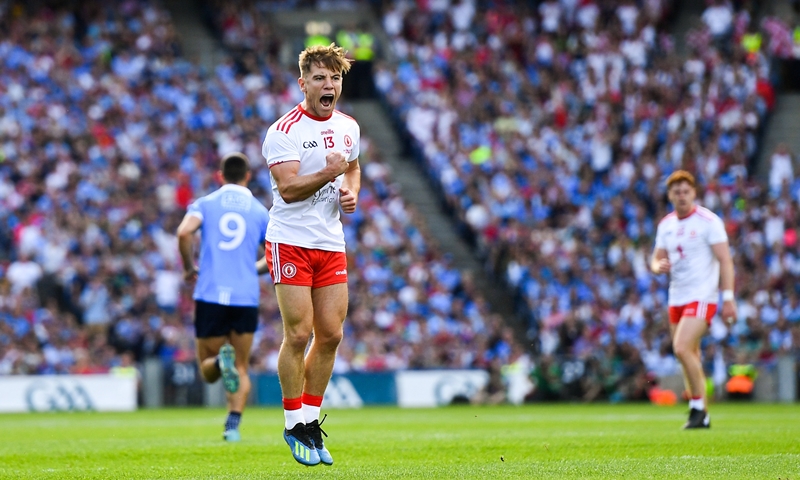 0-5 to 0-1 down, Cluxton put aside his early kick-out wobbles to set Jack McCaffrey away and his pass set up Ciaran Kilkenny for a score to settle nerves.

END_OF_DOCUMENT_TOKEN_TO_BE_REPLACED

The turning point arrived on 17 minutes when Paul Mannion was fouled by Tiernan McCann in trying to score a goal. Mannion picked himself off and, with Dean Rock stepping back, blasted his penalty into the top right corner to level the scores.

Rock got the next two points before Cathal McShane responded with a steepler. 26 minutes in and Cian O'Sullivan's hamstring could take him no more. He limped out of the contest, to be replaced by Michael Fitzsimons, but there would be better news on the horizon for his side.

Dublin were starting to have the run of Croke Park as Tyrone flagged, and Con O'Callaghan took advantage of the space to bomb forward. He was fouled too but he got his pass away to Niall Scully, who was steaming in to his right, and it was 2-5 to 0-6. It had all gone rotten for the Ulstermen in the space of 10 minutes.

END_OF_DOCUMENT_TOKEN_TO_BE_REPLACED

Rock chipped in with two more points before half-time and Peter Harte was lucky to get away with just a talking to after he clashed with John Small but it was a small mercy after a glut of scoring that brought Tyrone back down to earth with a jolt. 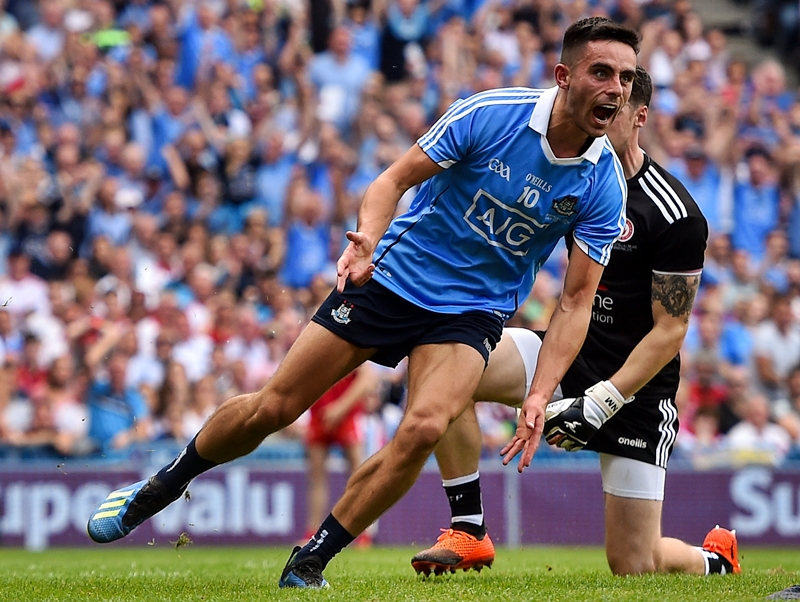 Connor McAliskey and Kieran McGeary reduced the arrears to five points with early scores in the second half before Brian Fenton popped up in attack to get the scoreboard ticking over for The Dubs.

Brian Howard got in on the scoring act, soon after, and Kilkenny had Hill 16 roaring in approval, either side of a Lee Brennan free. 45 minutes gone and the game looked to be slipping further and further away.

Bradley and McShane were not giving up, though, and their scores had it back to 2-11 to 0-11 when the first slew of subs came into the fray. Niall Morgan denied Cormac Costello a goal within minutes of his introduction off the Dublin bench but Rock's resulting 45 made it an eight-point lead.

Brennan and Rock traded points as Harte played his final couple of cards, throwing Colm Cavanagh up front and popping Ronan O'Neill on for the final 10 minutes.

The Cavanagh gambit ended up getting the Red Hands a penalty, on 66 minutes, after he was wrestled to the ground by Philly McMahon. Peter Harte slotted home and it was a five-point game going into the final minutes.

Lee Brennan dinked over a free after John Small was sent off but Tyrone's accuracy deserted them in the seven minutes of injury time. There were a couple of wides before Mattie Donnelly's long-ranger made it 2-15 to 1-14.

The final Dublin scores came courtesy of Kilkenny, who kicked over his third point from play, and sub Michael Darragh MacAuley.

OUR MAN OF THE MATCH: Paul Mannion (narrowly edging out the imperious Brian Fenton)


popular
Matt Williams wants two changes and Peter O'Mahony benched for Ireland vs. France
"Remember that name" - Sonny Bill Williams raves about Ireland U20 star after outrageous try assist
"He rode him like a machine rather than a racehorse" - Mullins doesn't spare Townend as second string come good
Peter O'Mahony reaction to Liam Williams scuffle shows he may finally be mellowing
Ireland vs Wales: All the big talking points, moments and player ratings
Two changes as familiar faces return to our Ireland team to face France
Man City release bullish statement following alleged financial breaches
You may also like
2 weeks ago
QUIZ: How many of the 33 county SFC champions for 2022 can you name?
3 weeks ago
"You need to be able to hurl your way out of trouble" - Composure the key to Dunphy's game
1 month ago
"We'll have plenty of Christmases" - McGowan and club players should be envied not pitied
1 month ago
'With the worlds’ greatest thief not able to take even just one friendship away' - Cooper retires with heartfelt statement
1 month ago
Mickey Moran gives a rare interview in TG4's brilliant Anton O'Toole documentary
1 month ago
How many of the 65 county senior champions for 2022 can you name?
Next Page