'Michael Murphy would be the No.1 transfer for every inter-county side'

1-7 scored, clutch penalty-taking, nabbing some cheeky yards for a crucial free, linking up superbly with Ryan McHugh and nearing ending Jason Foley with a mammoth shoulder.

END_OF_DOCUMENT_TOKEN_TO_BE_REPLACED

Murphy and McHugh were the stand-outs for Donegal, on Sunday, while goalkeeper Shaun Patton continued to impress with his shot-stopping and distribution. Kerry were left to rue some first-half scoring chances that were squandered but Murphy still needed to slot the late scores to draw the Super 8s clash with Kerry and send them to Mayo for a do-or-die tilt for the semis.

On The GAA Hour, host Colm Parkinson was joined by Conan Doherty and former Meath forward in praising Murphy's latest outing [from 15:00 below] and remarking on the Glenswilly clubman nicking some yards with his late, equalising free.

Parkinson also took issue, later in the show, with Colm O'Rourke stating Murphy could not be considered as a 'great' in the current generation of GAA players. 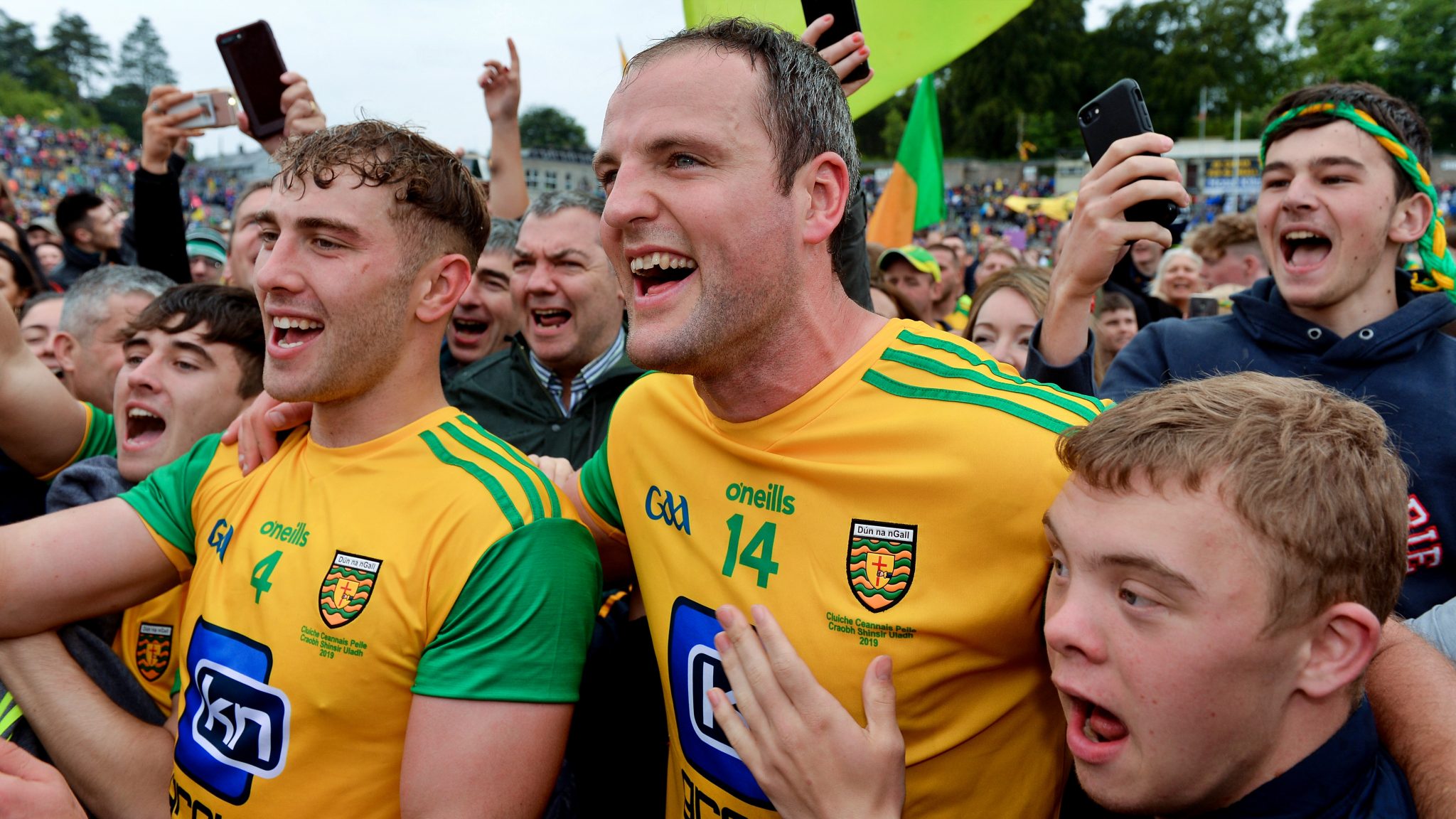 "[Sunday] is an example of what Michael Murphy can do when he gets into a game that is not dominated by defences," said Parkinson. "Look at that monster of a man that lad is.

"To think what Colm O'Rourke said about him... I don't want to talk about it too much and I'm disappointed with O'Rourke because he is usually much more sensible than that.

"But to be having a crappy, aul' debate about how good Michael Murphy is. Like, what are you talking about?!

"The man is a phenomenon. He is just unreal. He is the number one transfer on any team in the country, as far as I would be concerned. Just unbelievable."

It is a strong stance, from Parkinson, but one that many would agree with.

END_OF_DOCUMENT_TOKEN_TO_BE_REPLACED

As for the transfer idea, that one starts an interesting debate. If one was to look at the players from this year's championship that are making consistent, game-changing impacts, the likes of Jack McCaffrey and Con O'Callaghan from Dublin spring to mind, while David Clifford of Kerry and Tyrone's attacking duo of Cathal McShane and Mattie Donnelly would be in demand too.

Parkinson believes Donegal will have taken massive confidence from going toe-to-toe in a shoot-out with Kerry, and all their attacking wealth. Doherty pointed out, too, that Murphy told reporters last year that Donegal would need to be scoring 20+ points to beat All-Ireland champs Dublin.

"Everybody spends all their time trying to stop Dublin. But, at the end of the day, you need to be knocking up that 20-point score against them. And that's where teams are consistently and consistently failing.

"Until that happens, and teams get up and break that 20-point barrier, I don't see this Dublin team being beat."

Building nicely, and the Mayo clash should be another high-scoring affair.


popular
Predicting the 31 biggest knock-out championship games around Ireland this weekend
Shane Lowry on his Tuesday duels with Rory McIlroy at The Bear's Club
QUIZ: Can you name the sponsors of all 32 of these old county jerseys?
Roy Keane linked with Championship job to replace ex-teammate
"I think Wexford football is in trouble if something is not changed" - Banville criticises Wexford lay-out
Erling Haaland's Man City release clause doesn't even exist, says Guardiola
Two Man United players led a furious half-time inquest into Manchester derby performance
You may also like
2 months ago
Finian Hanley take on contentious Kerry free may settle some Galway arguments
2 months ago
Darran O'Sullivan on the post-match gesture that shows what Jack O'Connor means to Kerry
2 months ago
JJ Delaney on how Brian Cody kept him grounded after Hurler of the Year honour
2 months ago
"We were known as stab city, the butt of everything. Of all the things JP has done, he has made everyone so proud to be from Limerick"
2 months ago
McCarthy still harder than a brick wall
2 months ago
"He was getting a bit disillusioned" - How Damien Comer rediscovered his fire
Next Page