Kieran Donaghy is more than just a big man.

He's not some lump. He's not just a giant so out of place in this world that his only means of success are one-dimensional and predictable.

Yes, there's no-one better than him in the air. Yes, high balls landing into the opposition square cause carnage when he's beneath them. But to think that Donaghy - or more to the point, Kerry - can do no more but feed off that aerial prowess, it's nothing short of an insult. 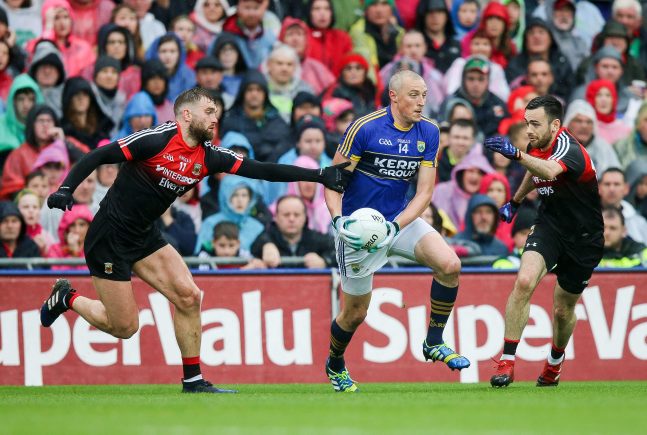 But Mayo didn't seem too bothered about everything else Donaghy has to his game - all the attacking abilities, all the footballing brains.

They decided that the Kerry full forward could only hurt them in the air so what did they do? They pulled back their best player this season from number 11 and planted him at the edge of their own square to mark another player for 70 minutes in front of the posts.

In that time, Donaghy was hit one high ball and even that was scuffed to the corner and O'Shea punched clear. For the rest of the time, the Stacks man was free in 10 yards of space picking up handy hand passes, soft kick passes and having the luxury of turning, shooting, running or picking his team mates out.

Donaghy was hit one useless high ball. He didn't win it. 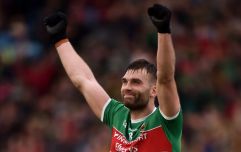 What is the problem with Aidan O'Shea?

END_OF_DOCUMENT_TOKEN_TO_BE_REPLACED

The argument will go that he wasn't kicked in those classic balls coming down with snow on them because Aidan O'Shea's presence discouraged it but why does it really matter when he still won the same amount if not more ball anyway? They still found him - it doesn't matter how.

Even at that, even with all his dominance, it felt like the rest of the Kerry lads were neglecting him because he found himself with time and space every time but, continuously, the Kingdom ran with possession.

We rave about this great full forward line and we've seen it in full devastating flow but, on Sunday in Croke Park, they weren't used nearly enough. They weren't sickened with ball like all the best inside lines should be. It wasn't the first thought on the Munster champions' minds, let's get the thing into these lads early and often. It was run and it was run some more and then they might pop it off to one of them on the loop if they weren't already turned over by a savage Mayo engine room.

Donaghy should've been apoplectic in that changing room at half time. He should've been grabbing some of them by the bloody shirt and asking why the f**k is that ball not coming in? Why's it not coming in in any way from any place? Aidan O'Shea is marking me, for Christ's sake. 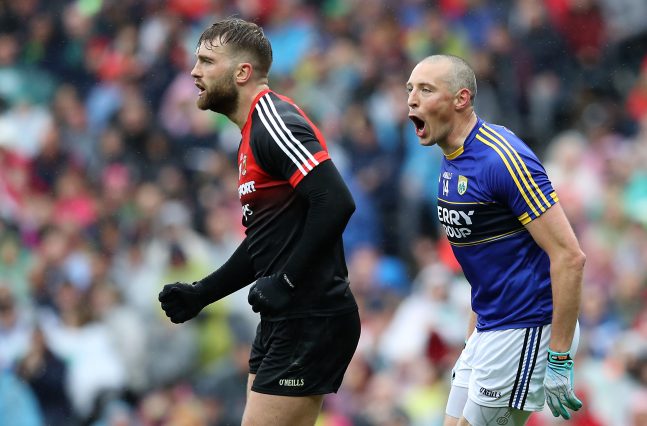 It's not O'Shea's fault, he's not a full back, he should never have been expected to keep tabs on one of the best in the business and do it in his office, by his rules. O'Shea was at sea trying to man Donaghy in there - of course he was, what other possible outcome could there really have been?

But Kerry, and mostly Donaghy, should be pissed right off that Mayo weren't punished and punished severely for having the bare-faced audacity to think they could get away with not having a defender - and one of their best defenders - at number three where he was needed.

Fitzmaurice and his team should've exploited that obvious weakness and, not only that, they should've made glorious hay whilst Aidan O'Shea sat in defence well out of harm's way and further than he could ever possibly be from where he has been so scarily brilliant in this championship campaign.

You see, putting Aidan O'Shea in at full back wasn't just completely pointless anyway because Donaghy won everything he could've won, but it removed Mayo's most effective warrior this season. They took O'Shea away from centre forward and the middle third where his aggression, his aerial dominance and his powerful runs have literally led from the front and they did that so he could shadow another player for a whole semi-final in the full back line and not do it particularly well.

They robbed Peter and didn't even pay Paul with the money.

They just handicapped themselves and they were downright lucky that Kerry weren't in a Kerry sort of a mood.


popular
In 86 seconds, Patrick Bamford becomes English football's voice of reason
'Make him hurt, make him yours' - How the Springboks ruled the world
Springboks legend Tendai Mtawawira tells us what he really thinks of Ellis Genge
Jose Mourinho is the picture of happiness and health after Spurs sacking
'Beast' Mtawawira is a big fan of Mike Ross' Lions front row
"We did find him hours later and we made up." - How Flynn and his best friend came to blows in Croke Park
Ugo Monye's revised Lions XV dominated by Welsh and Irish
You may also like
1 year ago
Aidan O'Shea picks a fine time to deliver best performance in two years
1 year ago
Mayo send Donegal spinning out to reach All-Ireland semi final
1 year ago
"Don't get in these two lads' way. Let's just see these two lads go for it!"
2 years ago
Against The Clock: A minute with... Aidan O'Shea
2 years ago
Ireland absolutely jubilant after hockey heroes reach World Cup final
3 years ago
All hell breaks loose in Salthill as Galway lord it over Mayo again
Next Page