How to mark Kieran Donaghy 101

It's almost an insult to think you can stop Kieran Donaghy just by putting a tall lad on him.

First and foremost, you need one of your best defenders in to do the job because this guy is a frightening attacker capable of hurting you in too many different ways so if you don't have a fine back, size simply doesn't matter.

Then, yes, it might come in a little handy if the guy isn't 5'6 but who really wins ball in the air above Kieran Donaghy anyway?

Galway tried to get David Walsh to man the Austin Stacks weapon at the edge of the Croke Park square but to no avail. Balls went in, Donaghy won all of them - some above his head, some into his chest but the height of his marker made no difference to him.

On The GAA Hour, Armagh legend Stevie McDonnell explained the best way to at least try to go about stopping Star.

"You're never, ever going to out-catch him," McDonnell said first and foremost.

"The best example that I've seen of anybody marking him was in the Railway Cup final in Croke Park in 2007. It was Conor Gormley, believe it or not.

"Donaghy was causing Ulster all sorts of problems - in the air, winning ball, laying balls off and taking his own scores - and a change had to be made.

"Brian McEniff put Gormley back in. Gormley allowed Kieran Donaghy to catch every single ball but once he hit the ground, he dispossessed him. He got his timing perfect, took the ball off him and, from that, that was the platform for Ulster to kick on and win the game." 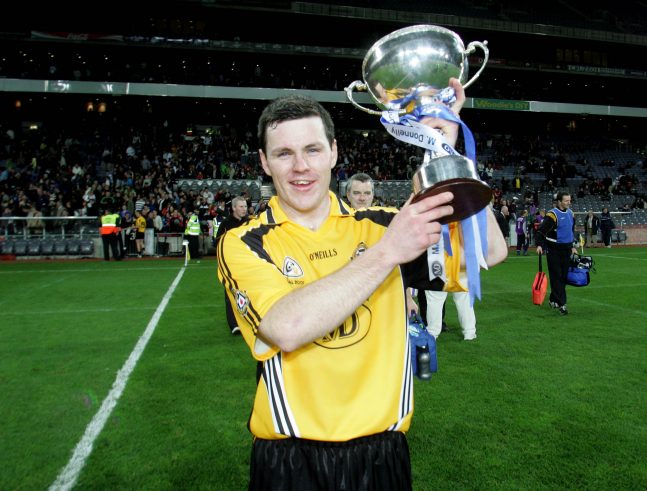 McDonnell goes on to say that Donaghy has to be outthought before he can be outfought.

Listen to the full discussion on marking Star from 40:00 below.


popular
Jose Mourinho is the picture of happiness and health after Spurs sacking
'Make him hurt, make him yours' - How the Springboks ruled the world
In 86 seconds, Patrick Bamford becomes English football's voice of reason
Springboks legend Tendai Mtawawira tells us what he really thinks of Ellis Genge
'Beast' Mtawawira is a big fan of Mike Ross' Lions front row
Jose Mourinho is about to step up and become the hero football needs
"We did find him hours later and we made up." - How Flynn and his best friend came to blows in Croke Park
You may also like
3 months ago
"There were some tough battles but I was happy to test myself against the best"
4 months ago
"I love soccer. I'm still stone mad about soccer" - No regrets for talented soccer player O'Sullivan
5 months ago
"In Kerry, it's nearly like a religion."
5 months ago
No victory speech for Clifford as Cavan drop down the Leagues
6 months ago
"There’s nothing to state ‘lucky winner.' An All-Ireland medal is an All-Ireland medal"
6 months ago
Marc Ó Sé: Split the season, give Tony Brosnan his Kerry chance
Next Page