THE Ladies Gaelic Football Association is pleased to confirm the full list of 13 confirmed ‘double-header’ fixtures during the 2019 Lidl National League campaign. 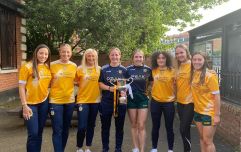 END_OF_DOCUMENT_TOKEN_TO_BE_REPLACED

Lidl NFL Division 1 holders and TG4 All-Ireland Senior Champions Dublin will play two fixtures in front of the eir sport cameras at Croke Park, while Cork have two games alongside their male counterparts at Páirc Uí Chaoimh, including an historic first-ever appearance at the Leeside venue against Tipperary on Saturday, February 23. 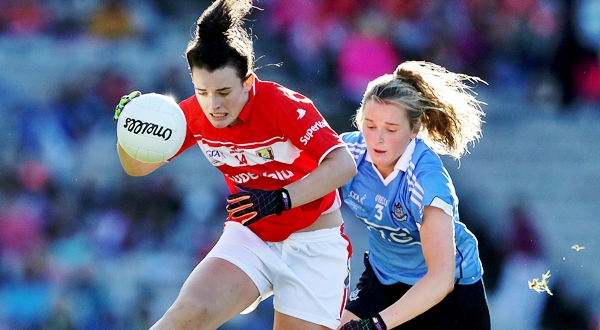 A double-header for the Mayo Ladies Footballers has also been pencilled in for March 2 at Elvery’s MacHale Park in Castlebar against Connacht rivals Galway, with the men’s fixture between the two counties to follow later in the evening.

In addition, Tipperary have a home clash with Monaghan in Division 1 at Semple Stadium in Thurles on the same day.

In Division 2, while Tyrone will play Armagh at Healy Park, Omagh, on March 2. 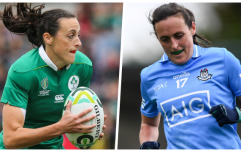 END_OF_DOCUMENT_TOKEN_TO_BE_REPLACED

In Division 3, Meath have secured two home double-headers at Páirc Tailteann in Navan, Wicklow and Roscommon have also confirmed double-header fixtures, with Carlow hosting Kilkenny in Division 4 on February 3.

The LGFA would like to thank the GAA boards in the various counties for their cooperation in ensuring that this increased number of double-headers in 2019 has become a reality.

The LGFA would also like to thank Cork Senior Ladies Football team manager Ephie Fitzgerald for agreeing to release the dual players on his panel on March 24, should Cork qualify for the National League Division 1 Camogie Final, which is fixed for the same day.


popular
Paul O'Donovan busts the cliches and leaves the mystery behind him in one more emphatic interview
Ireland's rowing heroes on what everyone was shouting as they beat Team GB to bronze
Next time someone doesn't cut you slack for commuting to training, show them Joe Canning's words
BREAKING: Grainne Murphy issues heartfelt statement as she retires from international swimming
Warren Gatland with great response after being asked if he'll set up Twitter account
Aidan O'Shea on gym work, training over lockdown and the importance of younger players bulking up
Rory McIlroy's true allegiance summed up in one text message to Justin Rose
You may also like
1 year ago
'I prefer to be out the field involved a bit more in the action' - Leitrim's former goalie now a scoring star
1 year ago
"I'm nearly the nan now at this stage!" - Aishling Moloney
1 year ago
WATCH: Galway LGFA player Áine McDonagh on playing county
2 years ago
QUIZ: How well do you know Ladies GAA stars?
2 years ago
Ciara Trant: From giving up on football to All Star goalkeeper
2 years ago
QUIZ: Do you know what county these GAA clubs are from?
Next Page