It's always difficult to go to Australia and win in the International Rules series.

You need to remember that the lads playing for Ireland all have full-time jobs, they're all amateurs and have their working commitments.

END_OF_DOCUMENT_TOKEN_TO_BE_REPLACED

Then there are families etc. on top of that.

That can be one of the reasons that we won't see a number of players as their manager Joe Kernan admitted but there are also the injuries.

It has been a long and gruelling season for some counties, none more so than Dublin and Mayo, especially Mayo.

Stephen Rochford's side played 10 championship games in the summer and one it has taken its toll on Lee Keegan, the Westport man missed the replay against Roscommon through injury and you get the sense this season took its toll on him. 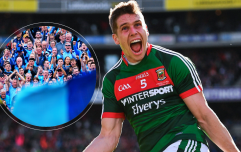 END_OF_DOCUMENT_TOKEN_TO_BE_REPLACED

The International Rules manager Joe Kernan was speaking at the launch of the games today in the Australian Embassy in Dublin and spoke about Keegan's exclusion from the squad but also revealed both Dublin and Mayo should be well represented:

"Unfortunately, he has been carrying a wee bit of an injury over from the All-Ireland and he won’t be able to make it so it’s disappointing," Kernan said

"In fairness to Mayo and Dublin players, I never phoned one of them until last weekend out of courtesy to their management and to the rest of their team not to be talking about something that didn’t affect them until they finished the job they were doing. 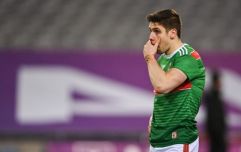 The top five GAA players who never won the All-Ireland

END_OF_DOCUMENT_TOKEN_TO_BE_REPLACED

"There’s a couple of boys that can’t do it because of work.

The International Rules games will take place in Adelaide and Perth on the 12 and 18 November.


popular
Ireland team to play Wales: Andy Farrell's XV, the big calls and bold cuts
Chelsea fire back and clear up why Hakim Ziyech's PSG move collapsed
Everton release brutal 59-word statement to confirm Anthony Gordon departure
Five confirmed changes and guidelines to have big impact on 2023 Six Nations
"Every team did it!" - Paul O'Connell on Roy Keane comment to Ronan O'Gara that he couldn't deny
"I think Tyrone are going to go down this year" - O'Sullivan unimpressed by 2021 All-Ireland champs
Chelsea can only include three of their new signings in Champions League squad
You may also like
3 weeks ago
Lee Keegan: The ultimate quiz of a Mayo GAA legend
2 months ago
Double whammy for Kevin McStay as two star players set to leave Mayo panel
3 months ago
Lee Keegan gives emotional interview after Westport win first ever Mayo senior title
4 months ago
The return of Paul Mannion and Jack McCaffrey proves that Pat Spillane is wrong about split season
7 months ago
What Con O’Callaghan asked Bernard Brogan before 2019 final sums up why he is one of the best
1 year ago
Gaelic football's top five photos of 2021
Next Page