From Laois to London and Cavan to Antrim: Our GAA pitches are snowed under

There was some snow overnight.

The heavy snow forced a host of GAA games all over the country and further beyond into postponement on Sunday.

Pitches are snow-veiled from Cavan to Antrim and from Laois to London, and when you see the pictures, it leaves you with no wonder as to how all of these games are falling victim.

The Leinster senior football final between St. Loman's and Moorefield has been postponed until next Sunday, 17 December as a result of the snow.

Few pitches, in Britain, in Ireland or anywhere were covered with as much snow as the London grounds. The All-Ireland quarter-final between Corofin and Fulham Irish was never going to go ahead under those conditions.

It is now expected to be rescheduled for some date in January in the new year.

Our game v @CorofinGAA today has been postponed due to the weather conditions. Massively disappointing but the pitch at Ruislip is unplayable. Re-arranged date is TBC but looking like mid-late January. Safe journey back to Galway to all those who travelled over for the game. pic.twitter.com/gcu4t9pHza

It made for quite a picturesque setting in London. 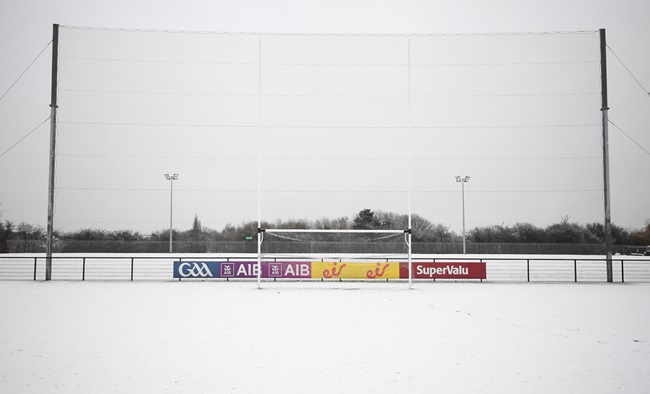 Especially for those dreaming of a white Christmas. 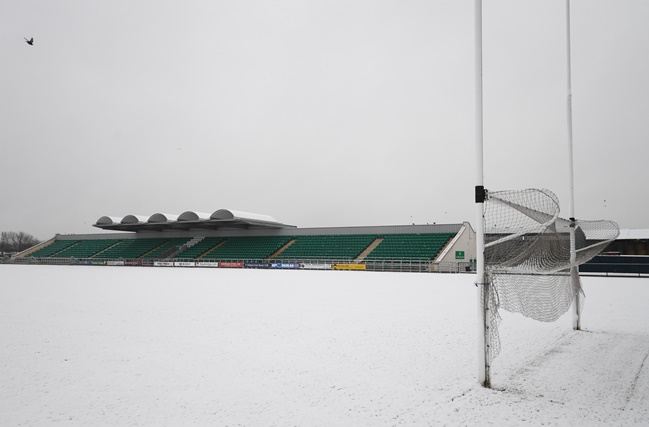 The John Deere will save us. 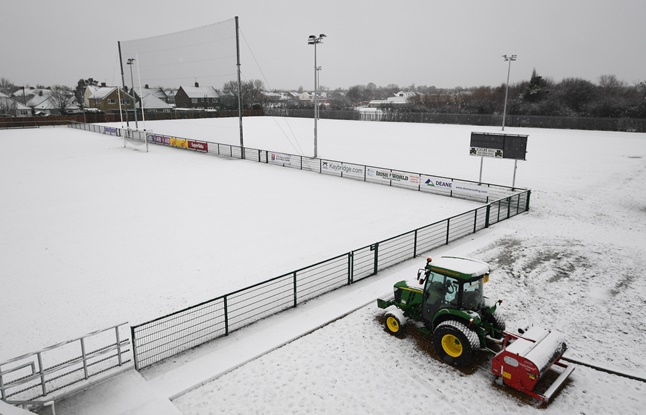 The Cavan county grounds didn't escape, either, with the county's under-21 games being forced into postponement.

POSTPONEMENT OF U21 GAMES

Both Fixtures in the DT One U21 Championship due to take place tomorrow Sunday, Dec 10th have been postponed due to the current weather conditions and unplayability of the 3G Pitch in Kingspan Breffni #CavanGAA #Weather pic.twitter.com/dOJhl7a4O3

There was no stopping the men of Antrim from having their game of football on Saturday, however. Volunteers put all hands on deck to clear the pitch for the Gerry Devlin memorial tournament.

A great days craic in memory of a great Club Man. pic.twitter.com/I02yK4WVtC

Nor did it stop the Westmeath minors.

Dedication from Westmeath 2018 Minor Football team at training in the snow at The Downs today pic.twitter.com/YbSeyaIPRH


popular
The SportsJOE 12 o'clock quiz | Day 77
QUIZ: Name the countries these World Cup footballers play for
The SportsJOE 12 o'clock quiz | Day 76
The SportsJOE 12 o'clock quiz | Day 75
QUIZ: Can you name all 24 champions of the English football league?
SportsJOE 2000s Football Quiz | Round 4
Baz & Andrew's House of Rugby - Jacob Stockdale sets sight on Lions
You may also like
2 weeks ago
"You had no other choice but to get down and dirty with these boys"
1 month ago
"It never crosses my mind that I lifted it on the pitch rather than on the stand"
1 month ago
GAA Hour | Tipperary v Galway 2001 All-Ireland hurling final
2 months ago
We give you the All-Ireland hurling final, you tell us the man-of-the-match
2 months ago
Even injury couldn't hold Richie Power's genius back
2 months ago
The 9 best home exercises to keep you pumped if gyms are closed
Next Page