It was a disastrous start for the Ulstermen, as they appeared to have left their finishing boots at home, chalking up seven wides in the first half, one Conor Laverty goal chance, and a couple of score-able frees.

They only managed to split the posts on two occasions while Kilmacud Crokes ran rampant, cutting through the Kilcoo defence with relative ease, Craig Dias running midfield and every ball in just stuck to Dara Mullin. 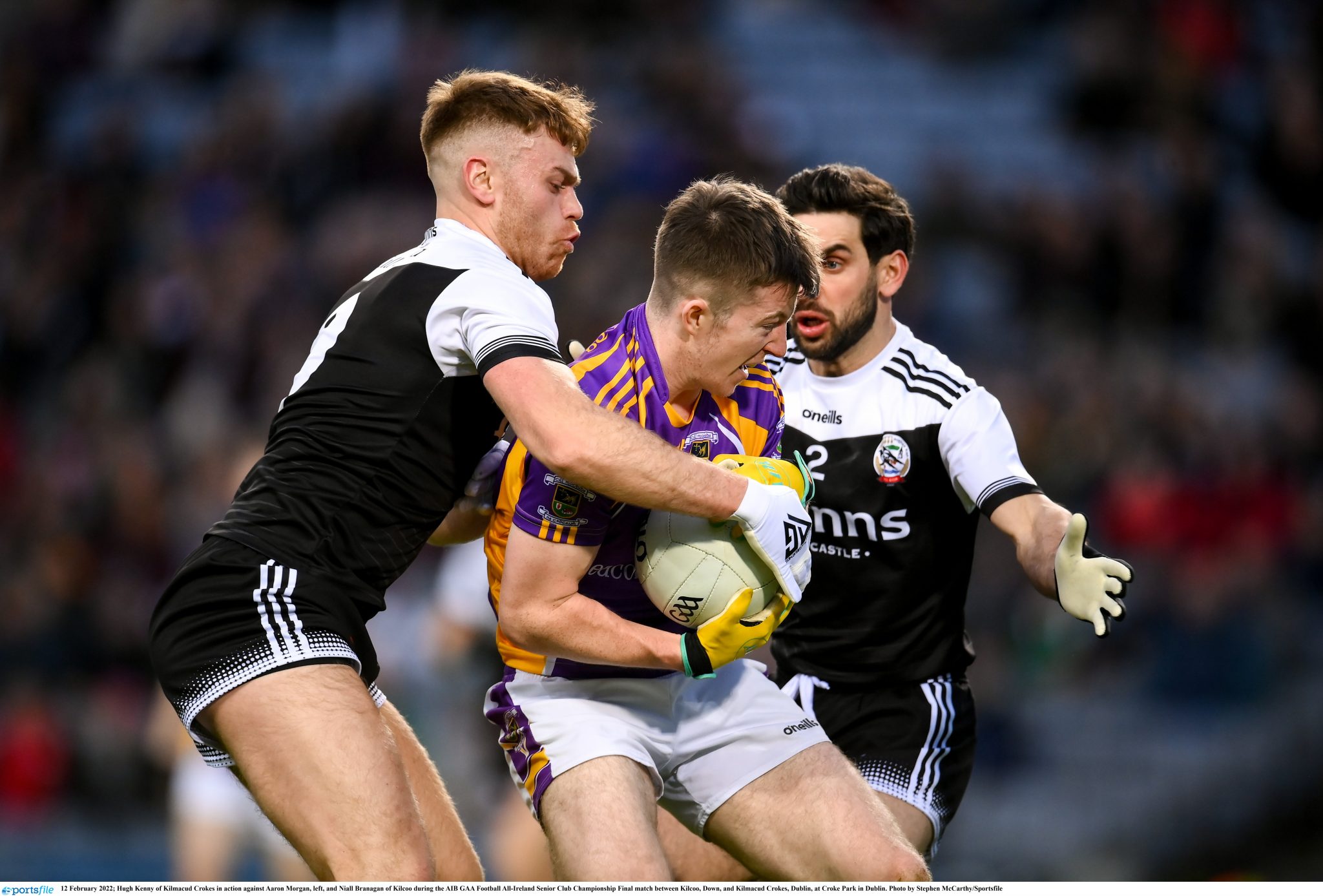 END_OF_DOCUMENT_TOKEN_TO_BE_REPLACED

At half time the Dublin champions led by a comfortable score line of 0-08 to 0-02, and all of the momentum was coming from the southern side.

The second half didn't look to be getting off to a better start either, as Kilcoo remained lifeless in the opening minutes and a beautiful passage of play from the Dublin team cut through the black and white back line, leaving Dias with a seemingly unmissable goal chance, until divine intervention happened.

Okay, 'divine' might be slightly blasphemous, but if Maradona's goal against England in 1986 was marked as the 'Hand of God' by Argentinians, then those in Kilcoo will refer to Miceal Rooney's right hand defence in this instance with similar pedigree.

The moment that changed the game. Never give up 💪 pic.twitter.com/eyxCC1Jz2L

END_OF_DOCUMENT_TOKEN_TO_BE_REPLACED

The flying half back was clearly undeterred, unaffected and unburdened by the fact that his side looked out of the game, and he stretched out with unbelievable bravery to pop up at the last second and save the goal.

Then, everything changed. Although Crokes did get the next point (thanks to Dias himself), Kilcoo started to take charge.

Conor Laverty got on the ball much more, and they kicked two successive scores to bring the deficit to five, before a Niall Kane 45 was flicked on by Shealin Johnston, and somehow found its way into the back of the Crokes' net. 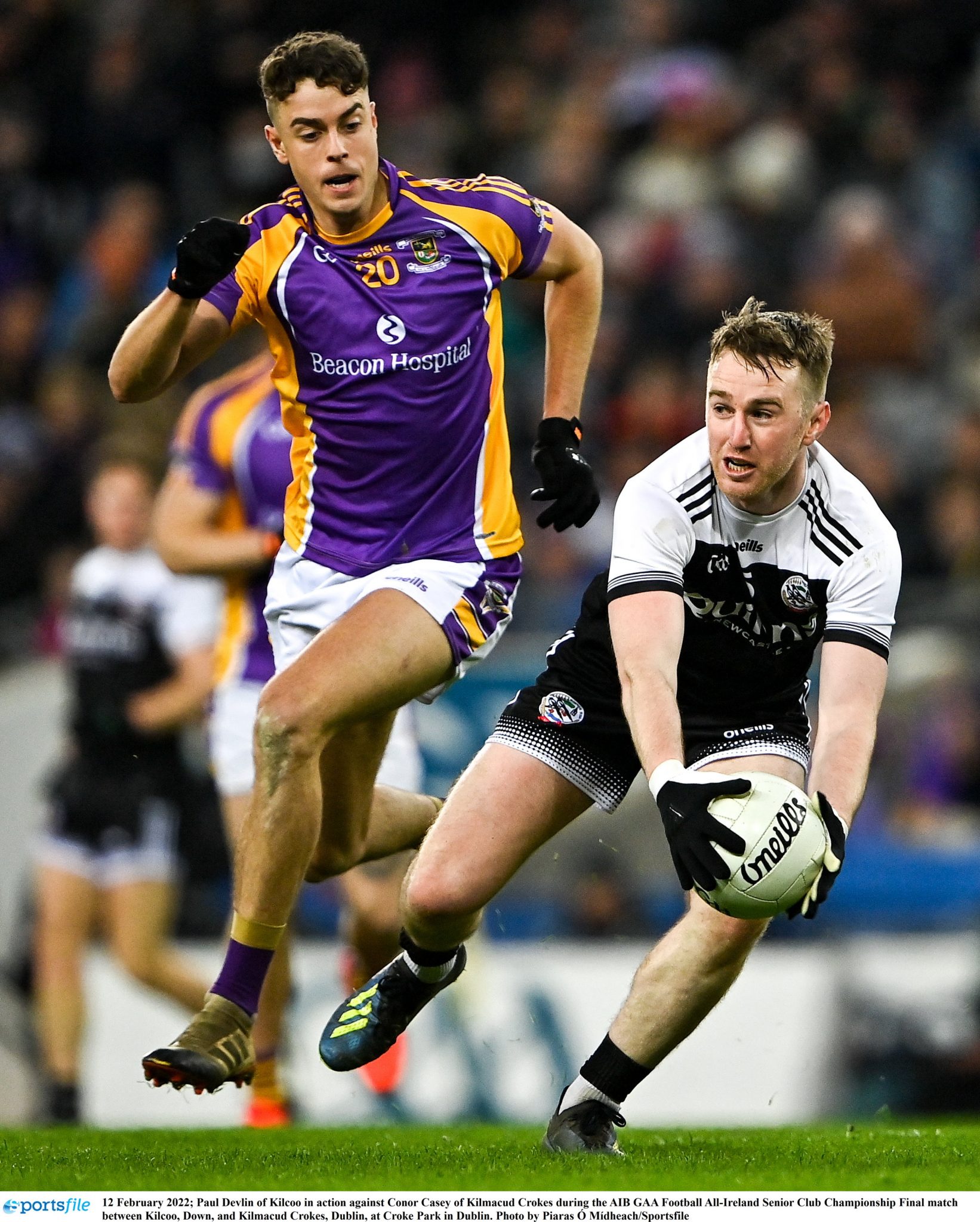 END_OF_DOCUMENT_TOKEN_TO_BE_REPLACED

The equaliser was inevitable shortly afterwards and extra time beckoned. Although it could be argued that Kilmacud were overall the better team, and Kilcoo only really found their feet in the last 20 minutes of the match, that goal-saving hand from Rooney not only proved to be a lifeline, but the spark the Down champions needed to find their groove.

Extra time was cagey, with only a point kicked by both both teams in the first half, and then the team from the capital took the lead at the beginning of the second stretch.

They then went two in front and looked to be in complete control, until cometh the moment, cometh the man, and Jerome Johnston managed to score a goal right at the death. 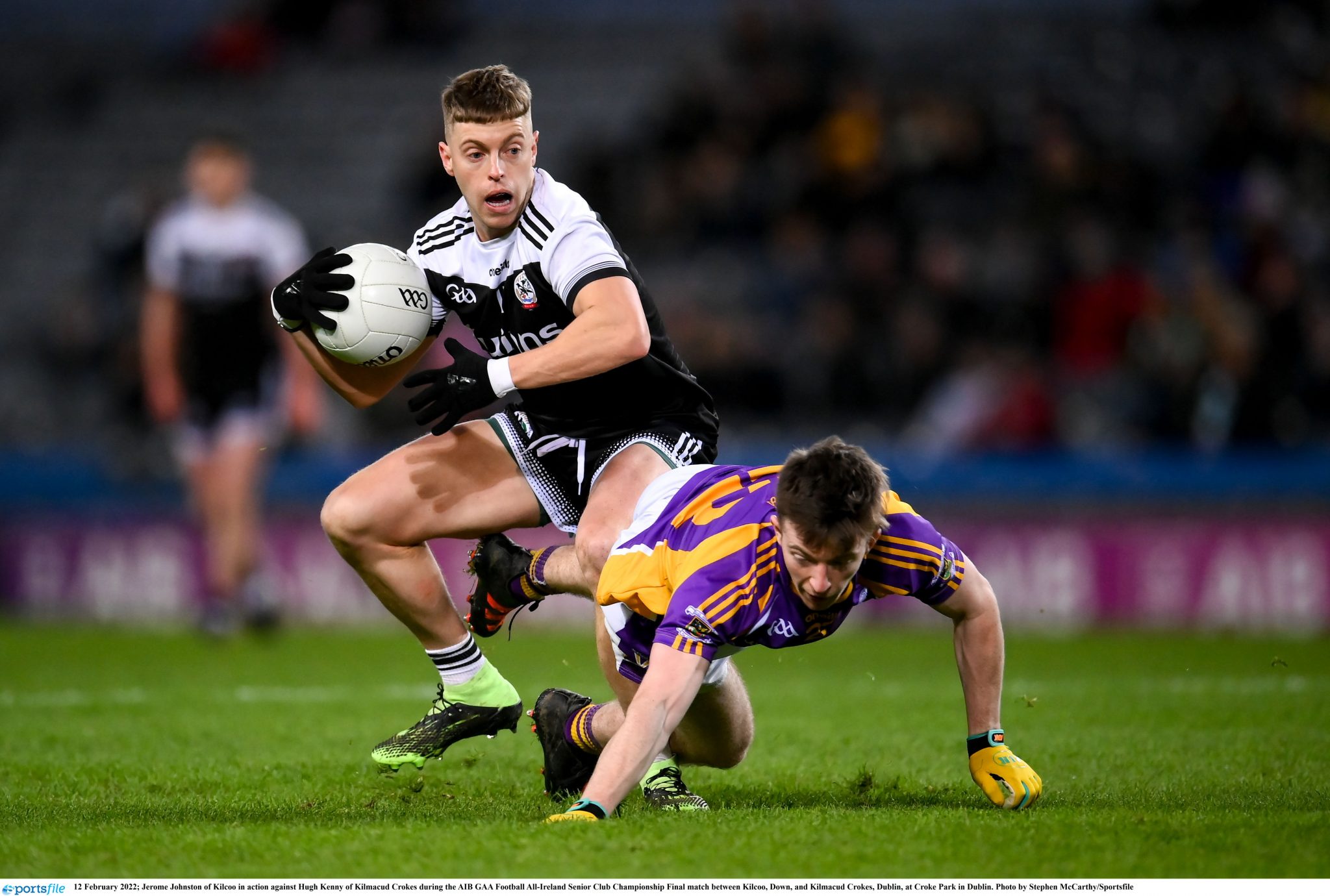 He wasn't the only hero however, as a last chance attack by Kilmacud Crokes was sent in, only to be bravely caught, and dealt with by Man of The Match, Eugune Brannigan.

However, back when the game looked out of reach for Kilcoo, one man reached anyway, and with the perfect length of fingertips, Rooney gave his team a chance to create history, and become All-Ireland champions for the first time ever.


popular
Gary Neville highlights Erik ten Hag decision that 'backfired spectacularly' at Brentford
"He can add something to our attacking line up" - Jamie Clarke signs for Northern Irish soccer club
"I've never seen anything like it" - Pitiful Manchester United reach new low at Brentford
Ranking the best county GAA songs of all-time (32-1)
"It was unfair on the Galway backs” - Tomás Ó Sé admits that Kerry benefitted from unfair rule
Erling Haaland registers strange statistic on home debut as Mark Travers keeps the City score down
Barcelona allowed to register four new signings, but Jules Kounde misses out
You may also like
5 days ago
Referee mic was trialled during hurling final and proves why it should be introduced permanently
5 days ago
Colm O'Rourke belives that Shane Walsh should at least wait a year before making club transfer
1 week ago
Antrim star saves someones life in the morning and then scores 1-15 for his club in the evening
1 week ago
"I just can’t agree with it" - Darran O'Sullivan critical of Shane Walsh's transfer to Kilmacud Crokes
1 week ago
Mayo star scores an outrageous total of 1-17 in Chicago championship game
1 week ago
The GAA hasn't gone away you know - Some great games on TV this weekend
Next Page