At 34 years of age, Kieran Donaghy is going strong.

The Austin Stacks man has already committed to another season with the Kingdom and, now, he has international basketball to prepare for.

Before the national football league started, Donnchadh Walsh told RTÉ Sport that Star and Colm Cooper were going to be back in Kerry jerseys in 2017.

"They’re definitely back as far as I can see," Walsh said at the time. "You don’t like that uncertainty so it is a good boost, yeah."

For the start of the year though, Donaghy has been on the court with Garvey's Tralee Warriors and his performances were of such a standard that he has been named in a 20-man Ireland panel. 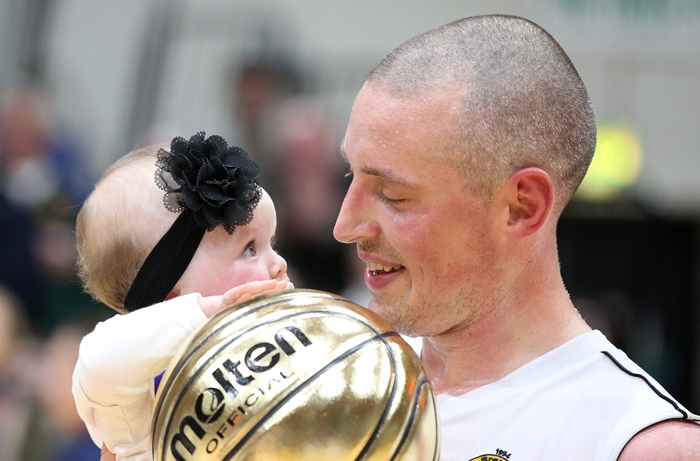 Ireland's new basketball head coach, Pete Strickland, confirmed the line-up of the select 20 players that have been called into the national team to train in April.

END_OF_DOCUMENT_TOKEN_TO_BE_REPLACED

The Irish are preparing for the FIBA European Championships for Small Countries in 2018 but will have a friendly tournament this summer which would take Donaghy and the team off to an unconfirmed location.

Kerry will kickstart their championship campaign in the Munster semi-final against either Limerick or Clare on the weekend of June 10.

It remains to see whether there will be any fixture clashes with the basketball and football but this the Kerry native's first call-up to the Irish senior men's team having played at underage level for his country in the past.


popular
Freak injury forces Robert Whittaker to abandon title defence fight at UFC 234
The top 10 fastest knockouts in UFC history
"We did find him hours later and we made up." - How Flynn and his best friend came to blows in Croke Park
The SportsJOE 12 o'clock quiz | Day 333
"Munster was like playing for your local GAA club. The craic was 90"
Michael Bisping tears into Dillon Danis for 'trying to be Conor McGregor so hard'
If ever a player would inspire you, it's Kildare's Mary Hulgraine