You could easily forgive Darran O'Sullivan for wanting to pore over every detail of Kerry's 38th All-Ireland success, and the impact made by his old boss, Jack O'Connor.

Eight years is a GAA life-time in The Kingdom but, inspired by David Clifford, Kerry are kings of Ireland again.

END_OF_DOCUMENT_TOKEN_TO_BE_REPLACED

O'Sullivan won three of his All-Ireland titles under Jack O'Connor and, when his old manager returned to take over the senior footballers, late last year, he felt their chances of claiming another Sam Maguire immediately improved.

On the latest episode of The GAA Hour [LISTEN from 34:30 below], O'Sullivan shared some tales about O'Connor, with guests Eamon McGee and Finian Hanley, that help explain the 61-year-old's winning mentality. 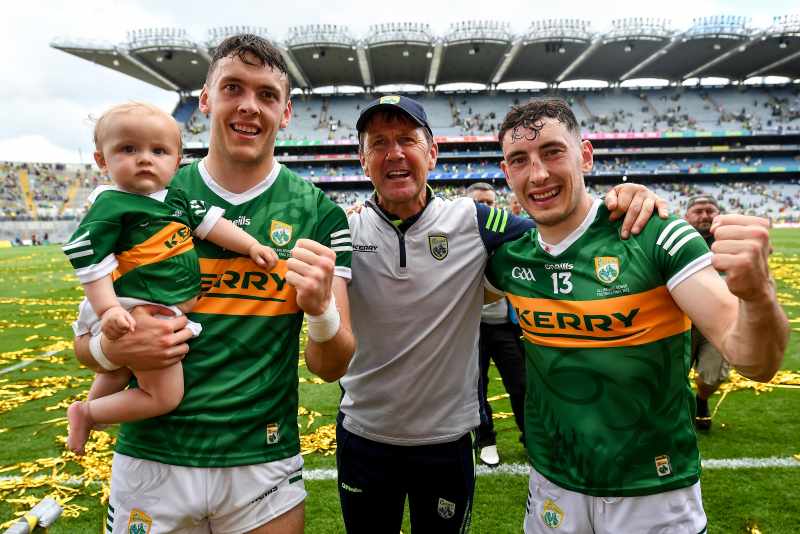 'To be fair, it wasn't the most popular decision'

END_OF_DOCUMENT_TOKEN_TO_BE_REPLACED

Darran O'Sullivan was paying close attention to the reactions, takes and headlines after Jack O'Connor replaced Peter Keane and came back for his third stint as senior football manager with Kerry.

"It wasn't the most popular decision," noted O'Sullivan, "but what I always would have said about Jack is, 'He's a winner, he's a winner. He doesn't care how he does it'.

"I don't think he gets enough credit. This is his third stint as Kerry manager, his fourth All-Ireland medal. They won the McGrath Cup this year, the National League, the Munster championship and the All-Ireland. We're nit going to call it that quadruple!

"He comes in, and it doesn't matter what he does, it's habit. Winning is a habit.

"When it came down to the last 10 or 15 minutes, it was probably the only time I started thinking of it - they've learned how to win under Jack. He does bring this stubbornness as well. 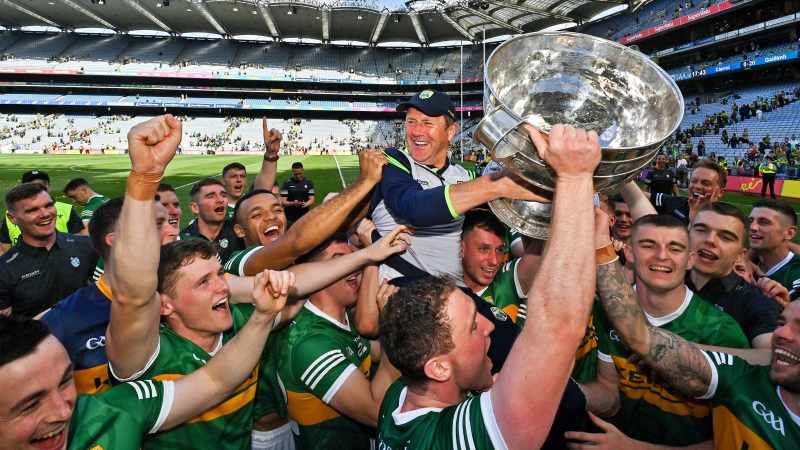 'You feel even more involved' - O'Sullivan on Jack O'Connor

Eamon McGee, an All-Ireland winner with Donegal, admits he was critical of how Jack O'Connor left Kildare, after only a year at the helm, to head back to Kerry. "The results speak for themselves, though," he stated, "and he has won everything that has been put in front of him.

"That's what it is all about. That is what Kerry needed to get over the line and get an All-Ireland into David Clifford and Sean O'Shea's pockets. That's what it's about."

O'Sullivan points out how the current Kerry stars lifted Jack O'Connor into the air [pictured above] after their triumph over Galway.

"I did hear from fella this year," he says, "that it was the personal touches that made a difference. The little chats with fellas.

"I remember when I was playing with him, he could ring you there to go for a coffee. Now, you're only talking football but it's personal then, as well, and you feel even more involved. He's asking you questions and just discussing football, because that's what he is obsessed with... you could see the connections he had with the fellas, after the game."

Hanley also recalled a conversation with O'Connor, when he learned the 61-year-old often tuned into local radio broadcasts and sourced local papers and websites to find out all the nuggets he could on upcoming opponents. Every little helps.

Coffees, chats, a stern word when it is required, gobbling up the opposition research, a strong team and backroom team around him and that winning mentality.

Stint number three may yet produce more All-Irelands to add to an already wonderful legacy.


popular
Erling Haaland registers strange statistic on home debut as Mark Travers keeps the City score down
"He can add something to our attacking line up" - Jamie Clarke signs for Northern Irish soccer club
Antonio Conte 'banishes' four Tottenham players from first-team
Ranking the best county GAA songs of all-time (32-1)
"It was unfair on the Galway backs” - Tomás Ó Sé admits that Kerry benefitted from unfair rule
"I’ve never heard someone say something as stupid” - Katie Taylor blasts Jake Paul's rematch comments
Barcelona allowed to register four new signings, but Jules Kounde misses out
You may also like
5 days ago
Referee mic was trialled during hurling final and proves why it should be introduced permanently
5 days ago
Colm O'Rourke belives that Shane Walsh should at least wait a year before making club transfer
1 week ago
Antrim star saves someones life in the morning and then scores 1-15 for his club in the evening
1 week ago
"I just can’t agree with it" - Darran O'Sullivan critical of Shane Walsh's transfer to Kilmacud Crokes
1 week ago
Mayo star scores an outrageous total of 1-17 in Chicago championship game
1 week ago
The GAA hasn't gone away you know - Some great games on TV this weekend
Next Page