Stephen O'Keeffe, it seems, has never been too fond of the limelight.

Have a look for a feature, a press-gig or a television appearance of his and, well, aside from the odd interview in the local paper, you'll be a long time looking. It was in the build-up to last year's All-Ireland semi-final between Waterford and Limerick when, with Shaun O'Brien minding the nets and with a full 'year out' to talk about, this journalist decided to chance his arm. Why not?

O'Keeffe's reply was friendly, it was polite, it was more personable than you'd expect from someone you'd never talked to before but the answer was definitive. Not while Waterford were in the championship did this man want to be doing interviews.

END_OF_DOCUMENT_TOKEN_TO_BE_REPLACED

Whatever his reasons were, whether he didn't like to be talking about his old teammates or whether he just doesn't like doing interviews, it was fine, it was fair and, especially when he mentioned that a queue of local journalists had been promised a chat when the time was right, it was understandable.

It was only then, with the question having been put to him by Mícheál Ó Domhnaill, when the unassuming-as-ever Stephen O'Keeffe called it a day and with the minimal of fuss, with none of the statements, with less of the tributes or hysteria, that was that.

You suspect that was exactly how he would have wanted it.

"That's that finished for me now," O'Keeffe said when asked about his brilliant inter-county career.

"In fairness now, the two lads, Shaun and Billy Nolan are doing brilliant in there.

"Jesus, there would be no guarantees, even if I went back, that there would be a place for me at this stage. I've given it a good nine or ten years, and that chapter is finished for myself."

No fuss, no song and dance, he just drops it into the conversation that he has retired as Waterford goalkeeper.

And what a played he's been for his county 👏pic.twitter.com/qhj49RdapQ 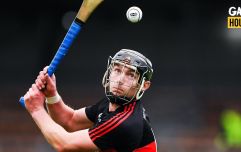 END_OF_DOCUMENT_TOKEN_TO_BE_REPLACED

In Waterford, O'Keeffe's chapter was a memorable one, beginning in 2010 when he was called into the panel by Davy Fitzgerald and ending in 2020, with the distinction of being the only goalkeeper from his county ever to be honoured with an All-Star.

In between, he routinely jumped in front of bullets to keep clean sheets - most notably in 2014 when he did the ridiculous in front of Anthony Nash. There were quarterback-like puck-outs and clearances, there was even a point from play and when Stephen O'Keeffe was around, there was always brilliance.


popular
Paul Scholes calls a spade a spade after comeback win
It's often forgotten that Tommy Walsh began his career with the same stardom and promise as David Clifford
Derry club win county final factfile games with extravagant set of jobs
Shane Walsh: 'That's not how I was coached to play football. No one was coached to play football that way'
Jordan Larmour primed for a season to remind everyone how good he is
Paul Scholes says Paul Pogba is a "daydreamer" and Fred and McTominay are "limited footballers"
Galway fans' frosty reception for Davy Fitz doesn't make any sense