Kildare had the misfortune of running into a Tyrone team that may not be good enough to win the All-Ireland but are far too good to be in the qualifiers. Cian O'Neill may have emphasised the positives, on Saturday, but his time with Kildare could well be up.

END_OF_DOCUMENT_TOKEN_TO_BE_REPLACED

Any county drawn against Mickey Harte's side would have a tight time of it. Only their very best would do, and even still it might not be enough.

Despite a few Kildare players - most notably Fergal Conway and Kevin Feely - having decent performances, at St Conleth's Park, the Lilywhites were overrun by Tyrone.

Kildare legend Johnny Doyle joined host Colm Parkinson and Conan Doherty on The GAA Hour and, pained as he was to admit it, he agreed that Cian O'Neill's time with his county may be up. 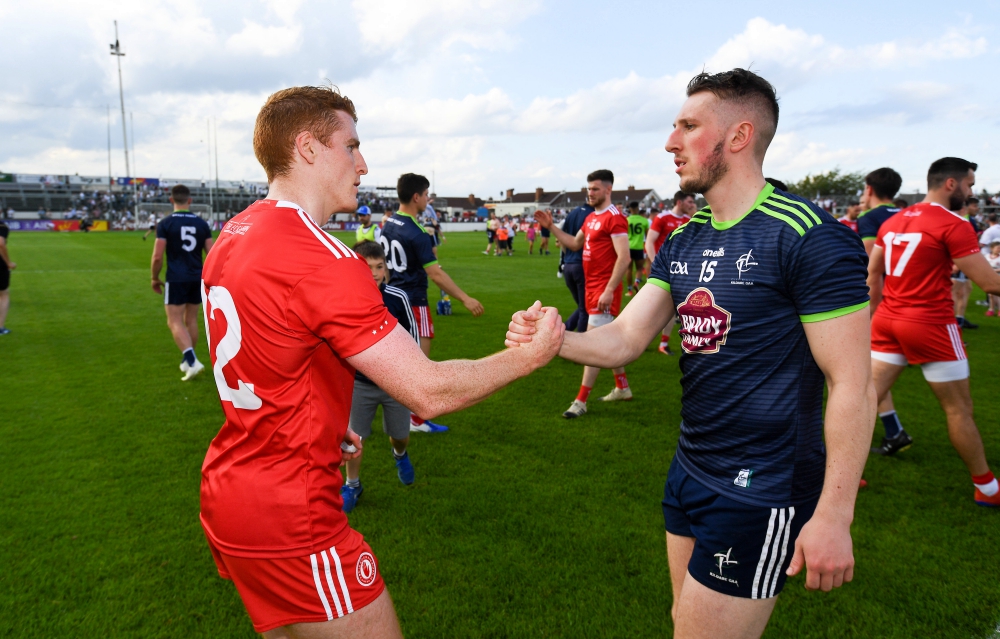 Parkinson felt Cian O'Neill - in claiming Kildare had a good season - was 'doing a Harry Redknapp' in accentuating the positives and deflecting some hard truths.

"He reckoned they died with their boots on," said Parkinson. "I'm not sure that they did, to be honest with you."

Asked if O'Neill, who has just finished his fourth championship summer with Kildare, would stay or go, Doyle commented:

"It's a hard one to know. Look, he's been here four years. Has he brought this group as far as he can? People around the county would probably say yes, he has, and it is time for a change.

"In fairness to Cian, he's working down in Cork. It's a long track up for him, you know, three or four times a week. I'm sure when he sits down at home, and has a chat, maybe does he have the grá to keep at it? Because that's a big commitment to go time and time again.

"It's a difficult one to know. I think he probably has brought this group... it might be time to bring a bit of freshness to the group. It might be no harm. But he has done a lot of good work there."

Parkinson feels O'Neill will not be short of offers if he does opt to step down. Doyle agrees that O'Neill's strength and conditioning work, in the past, with the likes of Kerry, Mayo and Tipperary would stand to him if he wants a break from managerial duties.

"The pressure in managing your own county is massive," he added. "And in an age of keyboard warriors, and all those sort of things, it's not the nicest place to be.

"And let's be honest, with 90% of managers, it is going to end wrong for you. Someone is going to say, 'Thanks for that and good luck'."


popular
Rob Kearney taught a classic GAA lesson when he tried to have the craic in second game back
Shane Lowry had no problem setting reporters straight at Ryder Cup briefing
The scenes in Newbridge as the biggest hit and hope ever knocks Moorefield out
How one text message a teammate sent Kieran McGeary proves that Tyrone's success was a team effort
Conor McGregor nearly hits Chicago Cubs fan with wild first pitch at Wrigley Field
When Liam Brady lit into Brian Clough for his dismissive Mick McCarthy comments
Kieran McGeary on his relationship with Mickey Harte and his role in Tyrone's success this year
You may also like
1 week ago
"Why is he going for the top right hand corner?" - The GAA Hour break down Ryan O’Donoghue’s penalty miss
2 weeks ago
"I do think Dublin were complacent, you could even see it in their play" - Briege Corkery
2 weeks ago
"To us, I think that was a huge insult. How we got there was definitely not through luck"
3 weeks ago
'From a Tyrone perspective, I was glad to see Tommy Walsh take that shot'
4 weeks ago
"Hegarty looks like he's hitting with a pitching wedge. Diarmaid looks like he's going with the driver"
4 weeks ago
"He might have got injured, but he'll be a delighted man now." - Casey's hips don't lie
Next Page