He said at the time that he was taken back with the level of hurling talent in the county but it is understood that he will now part ways with The Lake County after just one season in charge. 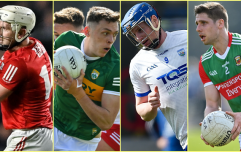 END_OF_DOCUMENT_TOKEN_TO_BE_REPLACED

Westmeath lost just one game in the 2019 Joe McDonagh Cup group stages before they were comprehensively defeated by Laois in the competition's final last month.

A second placed finish in the Joe McDonagh Cup saw the county progress to the All-Ireland preliminary quarter-finals where they were obliterated by a Cork side that scored 1-40 on them in Mullingar.

Quaid said upon his ratification as Westmeath boss last year that it was important that the necessary structures be put in place to achieve sustainable progress and added that that process may not guarantee success in his first season at the helm.

“There is no point just making it to the first tier, what I want to do is bring through a conveyor belt of players that will be able to sustain it at a higher level," he told the GAA.

“I’m not in the business of winning something and going up for the sake of it. We need to be in a good place to go up and push on from that. That’s my plan.

“We may have to put structures in place to guarantee that and that mightn’t guarantee success in the first year but so be it. We have a plan in our heads of what we want to achieve at the end of it.”