686 days after he last lined out for Dublin and Diarmuid Connolly was back.

Joe Brolly was fuming before a ball was kicked in Omagh, and you could see his point.

The St Vincent's forward missed the entirety of the 2018 league and championship campaigns and looked set to do likewise this year until a proposed switch to play summer football with Donegal Boston fell through.

END_OF_DOCUMENT_TOKEN_TO_BE_REPLACED

The 31-year-old was then recalled to Dublin's training panel and, with a semi-final spot already secured, Jim Gavin named him on the bench for the Super 8s clash with Tyrone, at Healy Park.

Then, less than an hour before throw-in, it was confirmed that Connolly was one of six changes from the starting 15 Dublin had originally named. 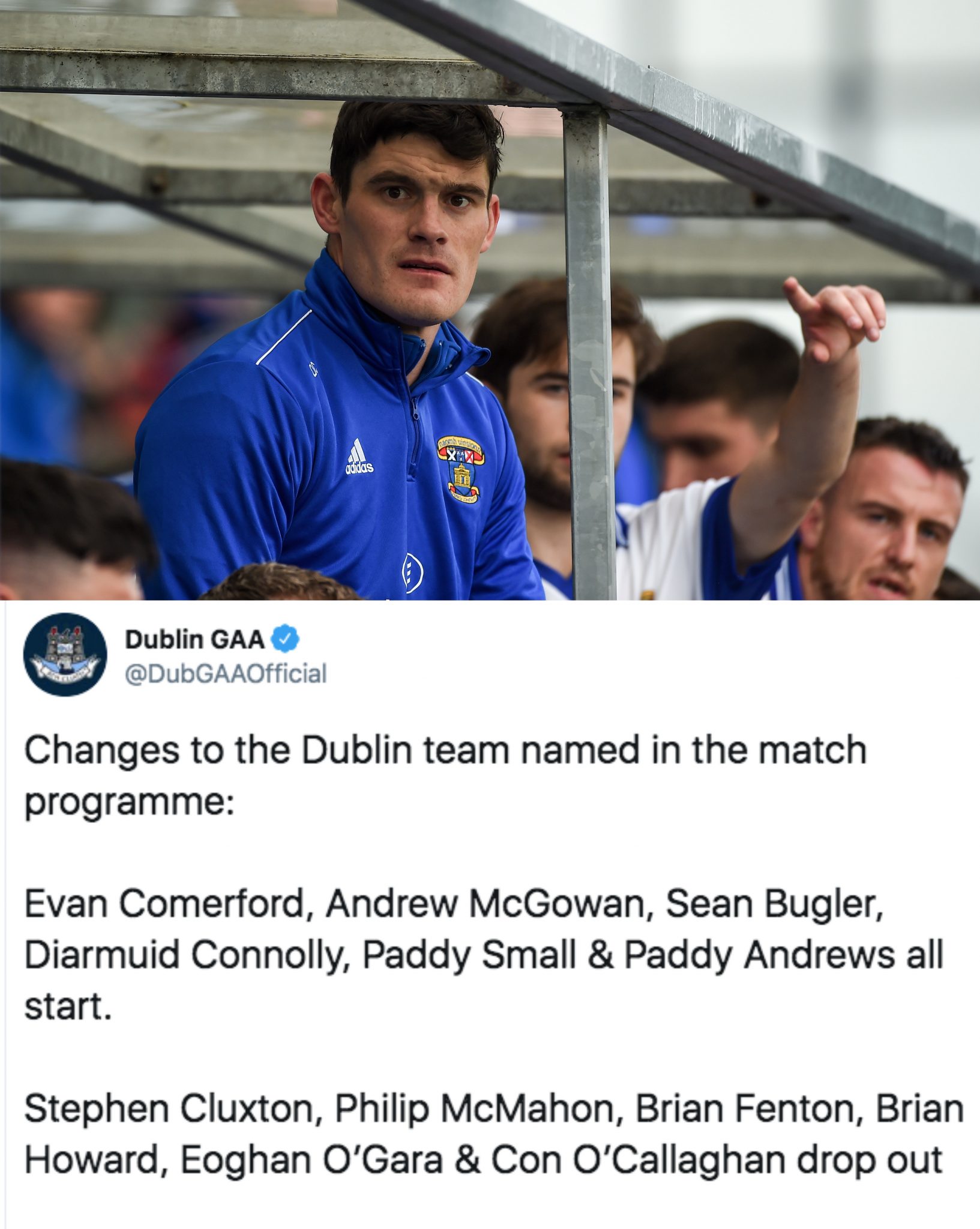 That was not all. Tyrone boss Mickey Harte also had changes to make to his previously named starting 15.

END_OF_DOCUMENT_TOKEN_TO_BE_REPLACED

Lorcan Quinn was supposed to start in goal but Benny Gallen was drafted in while regular No. 1 Niall Morgan was rested.

Over on The Sunday Game, Kerry legend Colm Cooper admitted that some of the wider Dublin panel could be put out by the return of Connolly. Fellow pundit Joe Brolly took aim at county teams for making late changes and devaluing the Super 8s, and the GAA for standing idly by and allowing it.

"The game is a farce, really... We know where we are here with this. These are scratch sides. They are bringing a few lads back from injury."

"We've got scratch teams and what we're looking at here today is an entertaining friendly game," he added.

Brolly is mad as hell and he is not taking it any more.


popular
Ireland team to play Wales: Andy Farrell's XV, the big calls and bold cuts
Everton release brutal 59-word statement to confirm Anthony Gordon departure
Jaden Sancho can't hide his smile as Old Trafford give heartwarming reception
"Every team did it!" - Paul O'Connell on Roy Keane comment to Ronan O'Gara that he couldn't deny
Five confirmed changes and guidelines to have big impact on 2023 Six Nations
Owen Farrell praises Johnny Sexton in revealing interview ahead of Six Nations
"It's crazy to think Bundee Aki might come straight in and start against Wales"
You may also like
2 weeks ago
QUIZ: How many of the 33 county SFC champions for 2022 can you name?
2 weeks ago
"You need to be able to hurl your way out of trouble" - Composure the key to Dunphy's game
3 weeks ago
"We'll have plenty of Christmases" - McGowan and club players should be envied not pitied
1 month ago
'With the worlds’ greatest thief not able to take even just one friendship away' - Cooper retires with heartfelt statement
1 month ago
Mickey Moran gives a rare interview in TG4's brilliant Anton O'Toole documentary
1 month ago
How many of the 65 county senior champions for 2022 can you name?
Next Page