"13 start on both teams. It's nearly the same positions as well, the momentum is just brilliant"

Everyone in JK Brackens knew there was a good crew coming.

They'd heard tales about the underage sensations, seen it with their own eyes as soon as the late 90s lads hit minor.

Football or hurling, it didn't really matter. Templemore is traditionally more of a football area and Killea formed their own hurling club out the road but the Brackens lads, the new generation so to speak anyway, were raised with hurls and footballs. Every second night kind of job.

It was in 2016, after lots of competing but no major success, that light began shining through the tunnel. Brackens won their first 'A' title that year, their young hurlers winning the mid division before progressing to the county final.

These lads were the real deal.

A number of them were part of the Our Lady's Templemore team that won the Harty and broke the St Kieran's monopoly of the Croke Cup schools senior hurling competition. Lyndon Fairbrother and Paddy Cadell were part of All-Ireland winning Tipperary minor teams. Andrew Ormonde was knocking about as well. The depth of talent was seriously heartening. 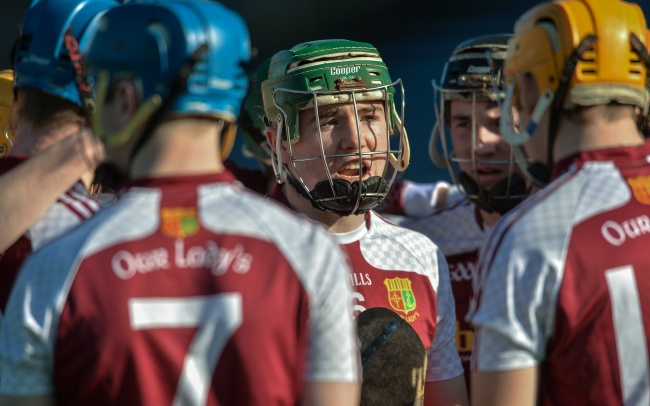 They weren't just hurlers though.

(JK Brackens) was following more and more names on county minor football squads, Eanna McBride leading the charge. And the same bunch who'd won the hurling did likewise with the big ball. Mid minor football titles were in fashion. JK Brackens were the titleholders. 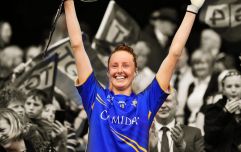 END_OF_DOCUMENT_TOKEN_TO_BE_REPLACED

The club knew well they were onto something here.

Come 2018, they added the under-21 county football title to the collection and by 2019 there were flags flying from every house. Hurleys in every hand and footballs just as prominent. County final season and the club founded in 1992 are flying high.

JK Brackens are in the middle of their most successful ever period. This Saturday, the club chase their greatest ever achievement.

"I teach the junior infants in the local school and the excitement...ah it really is special around here at the moment," says club secretary Aoife Percy.

"They all have dads and brothers on the teams and it's just all about the GAA - hurling and football..."

The footballers are underdogs heading into this weekend's county final against the mighty Commercials, but momentum is a powerful thing, and they won't fear Clonmel. JK Brackens have already won one.

Just last Sunday, 13 of the players who will start in their first ever county senior football final this weekend played in the Seamus Ó Riain Cup final (Tipperary's second tier hurling championship) against Holycross Ballycahill. Down by two points with time up, the Templemore faithful knew there was a kick left in their team.

That's when Lyndon Fairbrother stepped up and scored past 10 bodies with virtually the last puck. 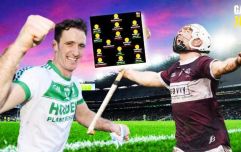 END_OF_DOCUMENT_TOKEN_TO_BE_REPLACED

Ecstasy. Brackens are on a roll. They started winning this year, and they haven't stopped. They've been on the bounce for nine of the last ten weekends but these lads are as fit as fiddles and they're loving every minute of it. The same management are over both teams and that's been a huge part of it.

"We've lads coming down for training from Waterford, Dublin, Limerick and Cork but they make no big deal of it. They've been down for midweek championship games before heading back to college. Their commitment is incredible.

"They've been training since last November doing Strength and Conditioning. Nine of the starting team are only under-21s but they're such leaders, none more so than Paddy Cadell who captains both teams.

"13 of the lads start on both teams - and most of them play in the same position too because our style is similar across both. They all play both games. Football and hurling are completely equal in the club - there's no preferance shown and the coaching at underage right up to senior level is second to none..."

It's been a long time coming and it's taken plenty of effort but JK Brackens are here to stay. Like a second coming of Loughmore-Castleiney.


popular
Conor McGregor demands apology from ESPN pundit over Cerrone comments
Kerry vs. Dublin ends in meleé, and a draw
Two giants rise above the fray
Wexford trailblazers go down but father and son show why club GAA is best
David Clifford leaves Dublin for dead to score sublime goal
Charlton want Troy Parrott on loan until end of the season
"I want to be myself... Imitation's not a great thing, you know?"
You may also like
6 days ago
"I just love the responsibility, the more of that, I'm well able to handle it"
1 week ago
In defeat, Jerry Kelly dies with his boots on in coming of age final display
1 week ago
"You don't want to change a winning formula" - Maher and McCormack the key for Borris-Ileigh
4 weeks ago
1-32 table of the most competitive hurling championships in Ireland
1 month ago
The 15 best hurlers in the last decade
1 month ago
The 5 best wall-ball drills for hurlers to get sharp in the off-season
Next Page