Dublin football manager Jim Gavin and Meath counterpart Andy McEntee have both been very receptive to a challenge match between their respective sides in aide of Sean Cox.

Dublin will play Meath in a challenge match provisionally set for 1:30pm on December 16 with all proceeds going towards former Dunboyne GAA chairman Sean Cox, who continues to recover from an assault suffered in Liverpool in April.

A ladies match between both counties had also been reported as a potential curtain raiser, however, Dunboyne GAA have said that that match cannot be confirmed at this stage.

END_OF_DOCUMENT_TOKEN_TO_BE_REPLACED

Cox was originally a member of Roundtowers, Gavin's local club in west Dublin, while Meath manager Andy McEntee is a member of Dunboyne.

The club have ran various events in support of Cox but thanked both managers as well as Dublin GAA and Meath GAA for their support around the game.

"We knew it was something that we thought would be a very important part of a fundraising campaign but also just an event that the GAA community could rally behind," Fergus McNulty, Dunboyne chairperson, told SportsJOE.

"Jim Gavin is from Roundtowers which is Sean's original club in Clondalkin, Andy McEntee is a Dunboyne member, so there's added symbolism there.

"From that perspective we always had our eye on it but we wanted to wait until they were finished in the All-Ireland.

"We've been in discussions for a while and everyone's been great. They all want to row in behind it so I think we'll have a pretty special event, hopefully the weather holds up so I think we're all geared up for that."

McNulty added that he's been blown away by the support for Cox and that fundraising efforts have stemmed from the local community in Dunboyne all the way to Edmonton, Canada, and beyond. 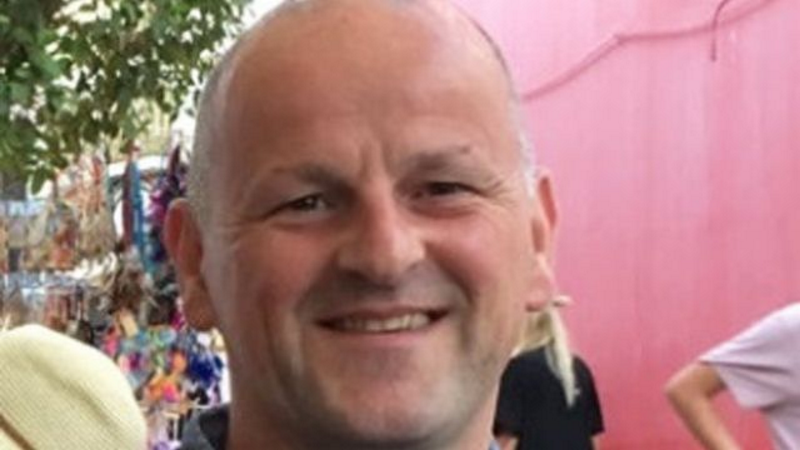 "We've been running a series of events for him," added McNulty.

"We had a community run last week and between four and five thousand people took part in that. We raised €40,000 but it was a huge turnout from the community. There's been other events in Liverpool, Dunshauglin GAA ran an event last week, Meath GAA ran an event a couple of weeks ago but you're also seeing events being run in places as far as Canada.

"The Liverpool supporters club ran an event in Edmonton in Canada and that's the whole idea of the campaign. There's a huge coffee morning being planned by the electrical industry in December so that's been the plan around the campaign and we've involved Martina [Sean's wife] to let her know what's going on and we've been delighted with the response so far."

END_OF_DOCUMENT_TOKEN_TO_BE_REPLACED

All proceeds will be donated to the Cox family with Sean currently in Dun Laoighaire receiving treatment at the National Rehabilitation Centre.

A GoFundMe site was established in October to attempt to raise €500,000 towards his medical costs and McNulty added that to continue his treatment funds will have to be raised privately.


popular
Man United could be blocked from playing in the Champions League next season
Ireland team vs. France: Form players rewarded and a welcome return
Lionel Messi makes decision on Barcelona return
French media's opinion of this Ireland team becomes clear as vital clash nears
Clive Woodward happy to 'eat humble pie' after bold comments about Ireland
"I should have been more mature" - O'Sullivan's injury trail a cautionary tale for Sigerson casualties
Man United's four player transfer shortlist if Qatar takeover goes ahead
You may also like
1 month ago
Dessie Farrell reveals why Paul Mannion and Jack McCaffrey returned to Dublin
3 months ago
Hurling finals and provincial action all on TV this weekend
4 months ago
David Clifford vs Sean O'Shea, Donegal senior final, and Dublin hurling all on TV this weekend
4 months ago
Paul Mannion's return to Dublin panel may have to wait following serious injury
4 months ago
Na Fianna forward goes full 'Mugsy' with great point as Ballyboden crash out of Dublin Championship
4 months ago
The return of Paul Mannion and Jack McCaffrey proves that Pat Spillane is wrong about split season
Next Page