“James indicated that he wanted to take some time out from the Kerry set-up."

James O'Donoghue made the decision last weekend to step away from the Kerry senior panel, before their Munster final with Cork.

The 2014 Footballer of the Year, has yet to make Peter Keane's 26-man squad this season and hasn't featured for The Kingdom since a league match against Galway, back in February 2020.

“James indicated that he wanted to take some time out from the Kerry set-up and play some club football to see could he get some form back and see where that would take him. 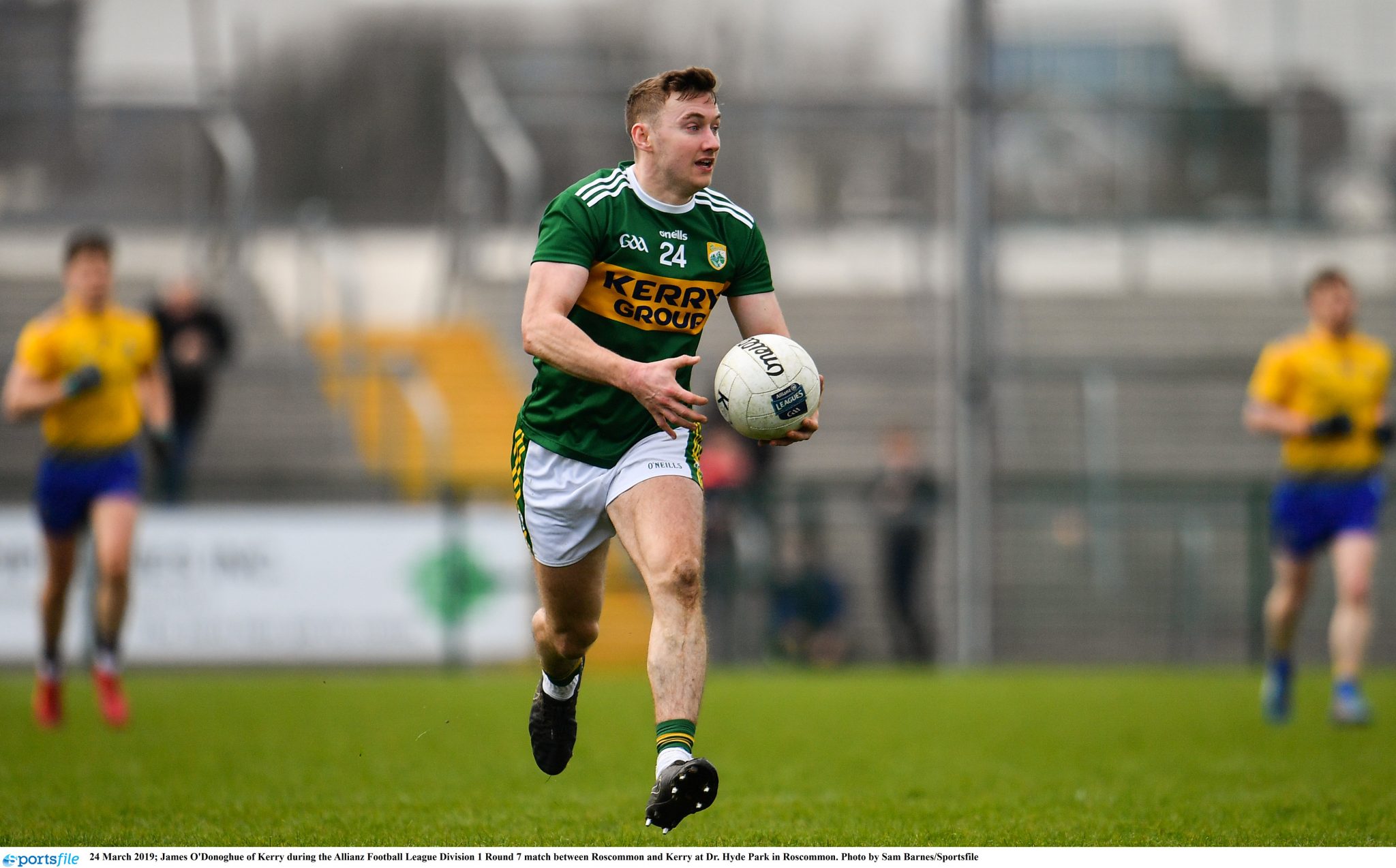 “It probably means that he will not be involved if we beat Cork because we have a very short window with everything to be completed within 4/5 weeks if Kerry does go all the way.”

O'Donoghue lined out for Killarney Legion in the County League on Saturday evening and scored the opening goal in a win over Kenmare Shamrocks.

The forward finished the game with a total of 1-2, despite only playing for the first half.

2014 was the year that we saw the best of him, as he played an instrumental part in helping Kerry win their last All-Ireland title, but he has been plagued with injuries since then.

At 31-years-old, and seemingly not in Peter Keane's plans, it looks like this could potentially be the end for the All-Star's inter-county career.


popular
"There are clubs in every county that you just know - they like fighting." - Fighting passes on through the generations
Alex Ferguson wrote Mickey Harte a letter - ex Tyrone boss reveals in new memoir
GAA at its best as Bellaghy players run into team-mate who buried his father that morning
“How it finished was not the way I would have chosen" - Mickey Harte reveals how his time with Tyrone came to an end
"I'll go back running the roads now and make sure my body doesn't get lazy"
New footage shows exactly what Deontay Wilder said to Tyson Fury after trilogy fight
Somehow Pat Spillane's 1981 cruciate rehab routine hasn't survived the test of time
You may also like
3 weeks ago
Jack O'Connor has been appointed as the new Kerry boss
1 month ago
Peter Keane's future as Kerry manager in doubt after strange statement
1 month ago
'From a Tyrone perspective, I was glad to see Tommy Walsh take that shot'
1 month ago
It didn't even result in a point, but Conor McKenna's bold decision clinched Tyrone win
1 month ago
Pat Spillane curses moment of 'rank stupidity' as Tyrone stun Kerry
1 month ago
Pat Spillane and Sean Cavanagh tear into each other about "cute hoors" Tyrone
Next Page